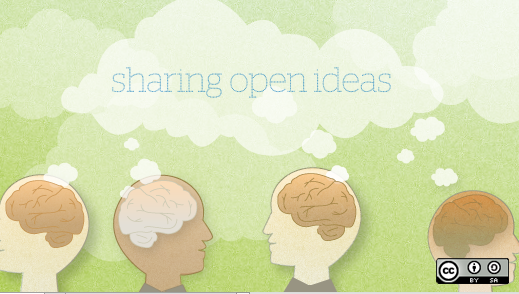 Welcome, one and all, to 2016. I wish every one of you a happy and prosperous new year.

I have been meaning to write this column for a while. It is one part observation, one part lecture, and mostly utter rambling, so please do stay with me. I hope that, if nothing else, this column shares an important insight that came to me a while back that you may find interesting.

Before I joined GitHub, I worked at an organization called the XPRIZE Foundation. For those of you unfamiliar with it, XPRIZE runs incentive competitions that solve major challenges that face humanity. As an example, the first XPRIZE that I worked on was a $15 million Global Learning XPRIZE competition, funded by Elon Musk and others, to bring literacy to the 250 million kids around the world who can’t read, write, and perform arithmetic.

Ever since I can remember, I have wanted to have a wider impact on the world. When I was introduced to XPRIZE founder, Peter Diamandis, the opportunity to infuse XPRIZE with community seemed too good to pass up on. This was an organization with lofty goals that can have a profound impact on the wider world, and particularly on those who are struggling.

I have to admit, I was somewhat wooed by the people involved, too. The XPRIZE board has the Google founders, Elon Musk, James Cameron, Will I Am, and various business titans involved. Peter has a rolodex with virtually anyone you might imagine in it. XPRIZE board president, Bob (Robert K. Weiss), produced The Blues Brothers movie. It felt like I was leveling up in a brave new world I new little about, which was exciting, if also a little unnerving.

So, off I went every two weeks to Los Angeles and started my new adventure. This is when I discovered something important.

When I joined XPRIZE, I essentially joined a whole different industry. For all intents and purposes, I was now in the philanthropic world, and this world was funded and populated by business people seeking to make a difference. My colleagues came from a multitude of different backgrounds. Some from big companies like Disney and Coca-Cola, some from the film industry, some from government, some from non-profits and charities, and elsewhere.

When I joined I felt like a fish out of water, but I found that invigorating. Here was an opportunity to understand this new world, bring my best from my own technology background, and see where it all formed in the middle. It was challenging but rewarding.

I was in a somewhat star-studded environment. I met actor Seth Green, Star Trek's George Takei came to our office, Funny or Die shot a bit in our lobby, I nearly knocked over magician and illusionist David Blaine’s cocktail at our conference, I exchanged emails with Elon Musk, worked with singer and actor John Legend’s handlers, and even met the real Walter O’Brien (the guy behind TV’s Scorpion series).

As I understood my environment more, I started becoming more successful. As with all new roles, I started building friendships and trust, and people started reaching out to me, less as the new guy, but more as a partner in helping their own projects and focus succeed. I was making inroads and it felt good.

Despite things moving in the right direction, something was missing, though, and I wasn’t quite sure what it was. In fact, it took me about six or eight months before I really got a sense of which important brick was missing from my new home.

It was the open source ethos.

Appreciating what you always had

A while back, I talked to Red Hat CEO, Jim Whitehurst, about lessons he has learned from running open organizations (see The rise of Red Hat and the open organization). One particular moment that really resonated with me in our call was when he shared that he particularly appreciated the open source ethos because he came from a non-open source background into it; he was essentially an outsider. Likewise, I felt that stepping out of open source for a while helped to bring into view important elements that make open source people so remarkable.

There is a kindness, a generosity, and a humility to most open source people whom I have met. Irrespective of the company, project, or location, people in open source have an intrinsic passion and enthusiasm for solving interesting problems together. There is a looseness of judgment in many of the traditional senses, such as money, cars, houses, and clothes, but a firmness in exploring smart solutions to problems. There is often a real sense that a great idea or solution can come from anywhere.

To be fair to my friends at XPRIZE, it was not their fault that the open source ethos was missing for me. XPRIZE is not an open source organization, nor claims to be. They are good people doing great work, I just realized that something so intrinsic in what makes me me was missing.

I have been in many situations with open source people wherein someone had a neat idea, no matter how silly it may sound, and there was an eagerness for people to share their talents and time to make it happen.

I remember the excitement of working with hundreds of passionate Ubuntu contributors around the world at Ubuntu Developer Summits. The thrill of people submitting branches to my projects, and countless volunteers getting up at 6AM to help with conferences I have coordinated. The pleasure and surprise of waking up one morning to find an app I had written had been translated into 11 languages overnight.

It isn’t just the meaningful projects, either. I remember sitting in a hotel in Dallas with my best friend, Stuart Langridge, trying to build an app that would play the same sound file across hundreds of laptops, because we thought the idea of a DDoS attack with a sound effect would be funny in a presentation our friend was giving. It wasn’t the project that had us knee-deep in GStreamer internals; it was the thrill of the collaboration.

The right side of history

The open source world is littered with these stories, and every single one of them is underlined with thoughtful problem solving, kindness, and collaboration. These, my friends, are the very best attributes in human beings. It is this generosity infused with creativity that makes me so passionate about how we harness these attributes to build strong and empowered communities to build incredible things.

Of course, it can be easy to forget this generosity and creativity. You don’t have to go far to find examples of terrible human behavior that can seemingly undermine this goodness. We can find ignorance, intolerance, discrimination, and other awful examples, but if there is one thing I know is that the good people outnumber the bad.

When I think over my career and the thousands and thousands of kind, generous, enthusiastic, and passionate people I have met, they far outnumber the bottom feeders both in terms of ideas and impact. The bad people are often merely louder. Although persistence on the wrong side of history always stings more and often gets more headlines, goodness on the right side of history will prevail.

2016 is going to be a great year for open source because the core of our movement is fueled by these positive human elements. We are not just building software here: We are building relationships, friendships, and engaging in a redistribution of generosity.

If we stay focused, stay together, and keep challenging the limits of how much we can impact the world, we will continue build a legacy every one of us can be proud of. So, here’s so a rocking new year for all of us!

What to read next
Tags
Six Degrees column
Jono Bacon