My introduction to open source was pure, geeky coincidence.

In the late 90s I was ensconced in the Microsoft ecosystem. With the introduction of Windows, personal computer users were being pushed away from the command line. But I stubbornly kept an MS-DOS terminal close by. For reasons now lost to the receding tide of memory, one day I found myself installing Cygwin, a suite of commonly used software and command-line tools that ran within a terminal or X-Window. My introduction to a unix-like environment impressed me. The day I typed "startx" and my screen exploded with tiny x's sealed the deal. At that time (around 1998), anyone familiar with unix had become aware of the upstart unix-like operating system, Linux, developed around Linus Torvalds' college software project. When Red Hat Linux 5.2 became available I rushed to my local computer store, intrigued by the new operating system that cost half the price of Windows.

My on-again, off-again affair with Linux began with that purchase. I learned more command-line operations and reveled in the stability of penguin power. As my knowledge and bandwidth grew, I began downloading other new and different distributions. My übergeek badges of honor include downloading a Linux distribution via File Transfer Protocol over a 33.6 kbps dial-up connection—it took 3 days! Building a computer with dual network cards to route my DSL Internet service was another highlight of my early Linux years. I compiled custom kernels, wrote my own iptables firewall rules, and learned how to administer a headless server on that computer.

Over the next couple of years, I sampled many flavors of Linux, BSD, and even Solaris briefly. However, as much as I enjoyed the command line, like many, I longed for a beautiful graphical user interface (GUI) to control all the power and freedom Linux afforded me. I helped others when I could, and participated in lively discussions about competing standards, the lack of friendly installers, difficult GUIs, and oddly named software. I also mused whether Linux would ever rival the “big two” on the desktop, or if that rivalry even mattered.

I wandered in and out of the Linux world for the next fifteen years. Eventually, my hopes for an easily managed, gorgeous GUI became a reality. KDE and Unity both wooed me. Yet there was always some software title or other frustration that kept me planted in Windows.

However, about three years ago, the perfect storm of diminishing privacy, increasing malware, outrageous operating system prices, and subscription-only software finally prompted me to find viable open source alternatives to the Windows and Mac world. I bought a netbook and within hours formatted the hard drive and installed Fedora Core 16. After trying a few other distributions, I settled on Crunchbang for its lightweight Openbox desktop and ability to convert to a rolling release. I built a second desktop for home use and dual-booted with Linux Mint. After work,I lived in Linux. When I started my main Windows 7 computer last April, I was surprised to see it had sat idle for nearly a year! My software search continued in earnest.

And the icing on the cake? Linux distributions finally got the GUI right! Xfce, KDE, Gnome, Cinnamon, Mate: It's easier than ever to balance utility, resource usage, and eye candy. I now miss power features like window shades, transparency, mouse focus tweaks, and multiple desktops when I'm not using my Linux computers.

The end of my Linux story is actually a beginning. Open source in the enterprise is now the norm. It's reflected not only in software choices, but the attitude that employees and partnering businesses have adopted. Enterprises expect expanded choices and embrace the improved security and interoperability that open source enables. Ultimately, it's that emphasis on choice and security that keeps me in Linux as well. 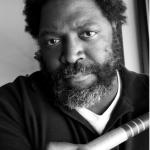 I'm a video editor and videographer, passionate foodie, and writer. My love of computers and the command line led me to open source software in the late 90's. Since then, I've managed to open my closed source world a little more during the day. At night, penguins rule the roost.
More about me