Keeping up the fight for free software 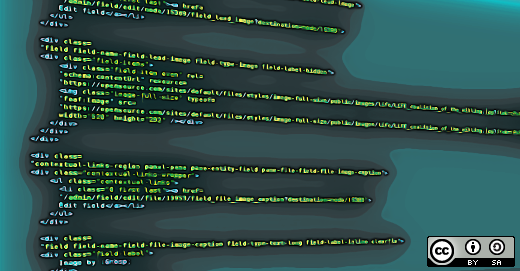 Identifying those devices should be easy, too, especially if the Free Software Foundation's Respects Your Freedom program, which grants certifications to devices that meet its comprehensive criteria for freedom-compliance, continues to grow. At All Things Open this year, Sullivan, the Foundation's executive director, will report on the state of the program and recruit new allies in the fight for software freedom.

We chatted with Sullivan as he prepared to give his talk, "Freedom Embedded."

You've been with the FSF for more than a decade. How would you say the fight for free software has changed most significantly during that time?

Yes, this past March marked thirteen years for me at the FSF in various positions, with five as executive director. In 2011, we had 8.5 staff positions. Now we have 13. (We are currently hiring for three of those positions.) That's some nice growth, especially since we've simultaneously been modestly increasing our financial reserves. But it's not enough. People expect us to be much larger, and I think we should be, appropriate to the scope of our mission to have everything anybody wants to do on any computer be done with free "as in freedom" software. We do have an incredibly large and strong network of volunteers and contributors around the world, but I think they'd all love to see a much larger full-time corps dedicated to this work.

The biggest thing that's changed is that software is much more significant and influential in people's lives than it was in 2003. So many more people around the world are using so many more kinds of computers for so much more time both at work and in their personal lives—including their cultural, social, political, and medical activities.

Many of these devices—from tablets and phones to cars—have a significant amount of free software on them. This means more people are using free software than ever before.

But what we're seeing all too often is free software used as a delivery vehicle for proprietary software—and not just because it's used on drones. Companies are building the foundations of their devices using free software, but then adding a layer of proprietary software, either directly on the device or by designing the device's software to be dependent on remote servers that users don't control.

This is not accomplishing the free software movement's goal of empowering users. It is accomplishing the goal of lowering costs for companies who seek to profit at the expense of user freedom. Figuring out how to continue working with these companies where there is common ground in the interest of advancing free software, without losing sight of our goal, is a big challenge.

Which of your campaigns or other activities during that time are you most proud of?

I can't help but name one from each major area of our work.

I'm very proud of what our staff has done with the LibrePlanet conference. It grew out of the annual FSF member meetings we've been having since 2003. I remember running the logistics by myself for one of those soon after joining the FSF. We had a great turnout, but it was nearly all members from the Northeast region, and all the speakers for the one-day program were FSF staff and directors. I blew a fuse at MIT with the coffee pots and was gently chided by an electrical engineer board member.

Now it's a full-staff effort, and we have two days with three tracks featuring a diverse group of speakers from around the world. Attendance is an amazing mix of FSF members who have been coming to every event since 2003 and people who are brand new to the whole world of free software. In particular, it's really helped foster the connections between free software and other movements. Last year we had Edward Snowden as a keynote! Remotely, of course (and no, we didn't use Skype). We just opened registration and the call for sessions for the 2017 edition.

Second, our Respects Your Freedom (RYF) hardware certification program has had a direct impact on the ethical quality of hardware available to users. We have a long way to go, largely because the mainstream industry has been finding new places inside computers and components to stash proprietary operating systems, but user momentum has also been building around supporting products that display the certification mark. I'm hopeful for the future in this area—just the other day, an ambitious crowdfunding campaign launched to build a high-performance, RYF-certified workstation, and we have at least four products currently under review.

Finally, we just don't talk enough about the work we do every day to directly support development of free software. We act as a fiscal sponsor for several important projects, including GNU MediaGoblin (AGPLv3 federated media sharing) and Replicant (taking Android the rest of the way to free). With a technical team of only three, we host not only all of the infrastructure needed by the FSF, but also mailing list, shell, issue tracker, build machine, and other services used by thousands of developers. All of this infrastructure is run on free software, and we're in the midst of a massive hardware upgrade featuring servers with free boot firmware. I expect that over the next six months we'll have some exciting announcements in the area of direct support for free software development.

How would you say your experience studying philosophy has influenced your work at the FSF and your relationship to free software more generally?

It means I'm not just in it for the amazing software that programmers produce when collaborating in true scientific fashion. I'm in it because of the way technology, and software in particular, filters our interactions with the world, even defining what's possible. This gives the people who make and distribute software immense power over others. Obviously the vast majority of users are never going to modify or even read the source code for the software they use. But a culture where those who do can share the results with those who don't—whether for pay or not—is really critical to correcting this power imbalance and enabling people to lead truly free lives.

Have you managed to connect with people who don't read or write code?

We have. Anecdotally, I always remember a phone call I took from a donating member asking how he could get started installing GNU/Linux. He joined for the advocacy mission first, and then decided to give the actual software a try.

Most current FSF staff members don't read or write code, and I think their presence and influence has been a big help in connecting with other supporters who aren't developers.

On the Vision Survey we did at the beginning of this year, we asked a question "Have you ever been paid to develop software (free or otherwise)?" About 2,700 people answered "no," and about 3,700 answered "yes." This doesn't exactly map to people who read or write code, but it says something about the answer to this question.

With what other causes or groups does the free software message seem to resonate? Where have you found allies?

We've found allies from all around the political spectrum. We believe that whatever its specific message, any advocacy group should be using free software in order to be in control of its own communications and data, and have full freedom of action.

I want to highlight the work done by the Library Freedom Project, because they are the most recent winners of the FSF's Award for Projects of Social Benefit, given to projects who apply the ideals and tools of the free software movement to benefit society in other ways—in this case, by working to create a privacy-centric paradigm shift in libraries and the communities they serve.

Last year's winner was Reglue ("Recycled Electronics and GNU/Linux Used for Education"). This is another kind of group we see a lot of resonance with—groups taking free software and applying it to help address both socioeconomic inequalities and environmental harm from the planned obsolescence so popular with proprietary software companies.

Nominations are currently open for the next winner of this award.

Bravo to John for fighting the good fight all these years! Hopefully we can all be open source warriors like him and help keep the glory and innovation of open source alive for years to come. If you're interested in open source, then I'd definitely advise you to read this blog post about how open source software is becoming more potent in our society. Here's to the future! https://blog.wiredelta.com/open-source-software-taking-over/