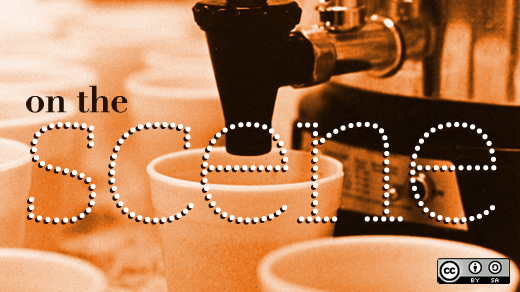 We're just two months out from the OpenShift Commons Gathering coming up on November 7, 2016 in Seattle, Washington, co-located with KubeCon and CloudNativeCon.

OpenShift Origin is a distribution of Kubernetes optimized for continuous application development and multi-tenant deployment. Origin adds developer and operations-centric tools on top of Kubernetes to enable rapid application development, easy deployment and scaling, and long-term lifecycle maintenance for small and large teams. And we're excited to say, the 1.3 GA release of OpenShift Origin, which includes Kubernetes 1.3, is out the door! Hear more about the release from Lead Architect for OpenShift Origin, Clayton Coleman.

Under the hood, OpenShift Origin upstreams numerous open source projects and technologies in addition to Kubernetes. These interdependencies and cross community collaborations are a key to OpenShift's successful community model. With over 200+ member organizations, the OpenShift Commons has become communication hub for communication of new ideas, best practices, new technology innovations, and enabling the rapid integration of feedback into the project.

The OpenShift Commons Gathering brings together the core contributors and upstream open source project leads from across the OpenShift and Kubernetes ecosystem to give briefings and updates in person. Speakers include Clayton Coleman of Red Hat, Kelsey Hightower of Google, Brandon Philips of CoreOS, Brendan Burns of Microsoft, and many more from the community.

You can register to attend and enter for a chance to win a free pass to the event.

Highlights of the event

An all-star panel will be lead later in the day by Alex Williams, founder of The New Stack. The panel will include Craig McLuckie (of Google), Brandon Philips, Clayton Coleman, and Brendan Burns—they will discuss their views on interdependencies and intricacies of multiple upstream projects. Ample time will be allocated for questions and answers from the audience so attendees should be prepared for an engaging conversation.

Get an inside look at running OpenShift Azure with Mateus Caruccio, GetUp Cloud’s founder and CTO. He will explain the ins and outs of how GetUp Cloud is using open source technologies to host Brazil's first public Platform-as-a-Service (PaaS) on Microsoft Azure to allow developers to quickly develop, host, and scale applications in a cloud environment.

Will Benton, a leading contributor to Apache Spark project at Red Hat, explains how Kubernetes and OpenShift hold the keys to harnessing big data for insightful applications. You can get a preview of Will's talk from a previous OpenShift Commons briefing.

Check out the full schedule.

See the OpenShift Commons Gathering briefing collection for more information and interviews with these speakers.

We're allowing ample time for attendees to meet project leads, contributors, guest speakers, and community members so people can get meet, greet, and learn from each other. Also, Grant Shipley will be signing his new book OpenShift for Developers, and brewery tours will be in action.

What to read next
Tags
Conferences and events
OpenShift
Diane Mueller 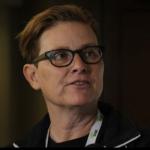