The young Vivaldi browser is taking its cues from the community 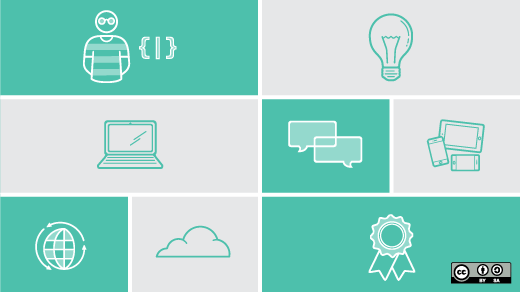 Vivaldi is a rather new browser, powered by libraries from more than 100 different open source projects, and growing in popularity. I interviewed Ruarí Ødegaard of Vivaldi shortly before Vivaldi 1.0 was released earlier this month. Ruarí is a QA engineer for Vivaldi, the company behind the Vivaldi browser, which was created by the former CEO and co-founder of Opera, Jon von Tetzchner. Here's what he had to say.

Vivaldi is a rather new player. How does it set itself apart from other web browsers?

Vivaldi's strength is in the fact that we are highly customizable and take cues from our community of users. Most of the big browser makers, and many big projects in the open source world, impose their own direction and appear (at least) to be creating a product for the "average user". That is not our aim at all. We are trying to build a browser that includes options and features for individuals. We aren't expecting everyone to use all of these. Instead we believe that each feature caters to different ways of working and we expect individuals to use different combinations of what we have created. Everyone is, after all, different. A quick look at vivalditips.com shows some of the features we have added already, many of which are unique. 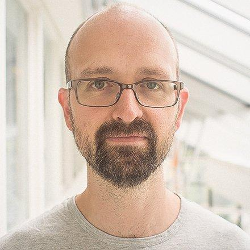 What efforts does Vivaldi do to further the open web?

Currently we are small team and have focused primarily on our UI, but we have good contacts in the web standards community and have ambitions to become more involved as we grow.

What have been the biggest successes so far for Vivaldi?

We are a very small startup in a market that is already dominated by the big names in IT—Google, Apple, and Microsoft—and yet we have had fantastic responses from user and reviewers, and millions of downloads. This is despite us not having yet issued a stable version.

What have been the biggest challenges?

That is hard for me to say as I am less involved in the business side, so I have a tendency to want to say that the biggest challenges are technical. Though I suspect that the guys working on the business side would claim their job is every bit as hard. I realize that trying to make deals can be tough, when you are still small and people don't quite know who you are.

With regards to technical challenges, it is very difficult to add so many features and keep the browser stable and reliable. We have to consider all the different combinations of options that users might choose and test them. We have lots of automation now in our testing, but we are not yet at the point where we can test every combination.

We also made the bold choice of using web technologies for most of our UI. For the most part, I think this greatly speeds up development but some issues can not easily be resolved this way, so it can occasionally be a hindrance, usually for issues related to OS integration.

Is it healthy for there to be a lot of browsers out there for users to navigate the open web?

Yes, I definitely think so. People ask the same question about Linux operating systems, with some occasionally arguing that we should all be using Ubuntu. As a Slackware fan, however, I would tend to disagree. People have different requirements and different workflows and having options makes it possible for people to find something that fits them like a glove.

Can you tell our readers what it is like to work on the Vivaldi QA team?

Challenging! I test on all platforms, so need to have good understanding of all the operating systems, and that includes different versions. On Linux this is also compounded by having to deal with multiple distros, package managers, and desktop environments. I make use of visualization software, but I still need different physical hardware to test things like hardware acceleration, touch, and HiDPI support.

I also need to keep an eye on our forums, feedback on our blog, and closely follow social media to ensure that I catch new issues, as I cannot assume that everybody files a bug on our bug tracker.

We have very few internal QA and actually rely heavily on a group of power-user volunteers, whom we refer to as "The Sopranos". Without their support, I honestly don't know how we would continue.

When can we expect Vivaldi for mobile?

It's hard to give a timescale on that. We fully intend to produce a mobile version, but we really need to focus on getting out a final of our desktop version first. I will say that we will be looking at Android first, since iOS only lets you use their rendering engine, which severely limits what we can do.

What are you most excited about that Vivaldi is working on this year?

To be honest, the final desktop version is my main focus. The team has worked on getting to that milestone for some time and it will be nice to finally "get there". I think we are also all expecting a big increase in our user numbers at that point as quite a few people will only touch new software once it is labeled "stable".

That said, we have a number of interesting things in the pipeline. I expect we will introduce our mail client before the year is out. That should be fun as it really sets us apart from the other browsers and demonstrates our ambitions to add major features rather than stripping the browser back.

I wouldn't be surprised, however, if the most exciting thing this year is something I am not aware of yet, because we are strongly led by suggestions from our ever-growing community. They may suggest something we hadn't thought of.

Can our readers find you at any conferences?

I have no plans as of yet, but things can rapidly change and it is something I would love to do. I'm quite active on Twitter, so follow me (@ruari) and I'll let you know if things change. A big thanks to Ruarí for the interview and glimpse into Vivaldi, which I was eager to hear about. Seeing more browsers available for web users to choose from is also great. More competition drives fierce innovation and more choice for a healthy, open web.

What to read next
Tags
Internet
Benjamin Kerensa 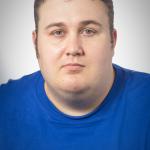