I've been Linuxing since before you were born

Once upon a time, there was no Linux. No, really! It did not exist. It was not like today, with Linux everywhere. There were multiple flavors of Unix, there was Apple, and there was Microsoft Windows.

When it comes to Windows, the more things change, the more they stay the same. Despite adding 20+ gigabytes of gosh-knows-what, Windows is mostly the same. (Except you can't drop to a DOS prompt to get actual work done.) Hey, who remembers Gorilla.bas, the exploding banana game that came in DOS? Fun times! The Internet never forgets, and you can play a Flash version on Kongregate.com.

Apple changed, evolving from a friendly system that encouraged hacking to a sleek, sealed box that you are not supposed to open, and that dictates what hardware interfaces you are allowed to use. 1998: no more floppy disk. 2012: no more optical drive. The 12-inch MacBook has only a single USB Type-C port that supplies power, Bluetooth, Wi-Fi, external storage, video output, and accessories. If you want to plug in more than one thing at a time and don't want to tote a herd of dongles and adapters around with you, too bad. Next up: The headphone jack. Yes, the one remaining non-proprietary standard hardware port in Apple-land is doomed.

There was a sizable gaggle of other operating systems such as Amiga, BeOS, OS/2, and dozens more that you can look up should you feel so inclined, which I encourage because looking things up is so easy now there is no excuse not to. Amiga, BeOS, and OS/2 were noteworthy for having advanced functionality such as 32-bit multitasking and advanced graphics handling. But marketing clout defeats higher quality, and so the less-capable Apple and Windows dominated the market while the others faded away.

Then came Linux, and the world changed.

The first PC I ever used was an Apple IIc, somewheres around 1994, when Linux was three years old. A friend loaned it to me and it was all right, but too inflexible. Then I bought a used Tandy PC for something like $500, which was sad for the person who sold it because it cost a couple thousand dollars. Back then, computers depreciated very quickly. It was a monster: an Intel 386SX CPU, 4 megabytes RAM, a 107-megabyte hard drive, 14-inch color CRT monitor, running MS-DOS 5 and Windows 3.1.

I tore that poor thing apart multiple times and reinstalled Windows and DOS many times. Windows was marginally usable, so I did most of my work in DOS. I loved gory video games and played Doom, Duke Nukem, Quake, and Heretic. Ah, those glorious, jiggedy 8-bit graphics.

In those days the hardware was always behind the software, so I upgraded frequently. Now we have all the horsepower we need and then some. I haven't had to upgrade the hardware in any of my computers for several years.

Back in those golden years, there were independent computer stores on every corner and you could hardly walk down the block without tripping over a local independent Internet service provider (ISP). ISPs were very different then. They were not horrid customer-hostile megacorporations like our good friends the American telcos and cable companies. They were nice, and offered all kinds of extra services like Bulletin Board Services (BBS), file downloads, and Multi-User Domains (MUDs), which were multi-player online games.

I spent a lot of time buying parts in the computer stores, and half the fun was shocking the store staff by being a woman. It is puzzling how this is so upsetting to some people. Now I'm an old fart of 58 and they're still not used to it. I hope that being a woman nerd will become acceptable by the time I die.

Those stores had racks of Computer Bits magazine. Check out this old issue of Computer Bits on the Internet Archive. Computer Bits was a local free paper with good articles and tons of ads. Unfortunately, the print ads did not appear in the online edition, so you can't see how they included a wealth of detailed information. You know how advertisers are so whiny, and complain about ad blockers, and have turned tech journalism into barely-disguised advertising? They need to learn some lessons from the past. Those ads were useful. People wanted to read them. I learned everything about computer hardware from reading the ads in Computer Bits and other computer magazines. Computer Shopper was an especially fabulous resource; it had several hundred pages of ads and high-quality articles.

The publisher of Computer Bits, Paul Harwood, launched my writing career. My first ever professional writing was for Computer Bits. Paul, if you're still around, thank you!

One of my cherished memories is when the 12-year-old twit who ran my favorite computer store, who could never get over my blatant woman-ness and could never accept that I knew what I was doing, handed me a copy of Computer Bits as a good resource for beginners. I opened it to show him one of my Linux articles and said "Oh yes, I know." He turned colors I didn't think were physiologically possible and scuttled away. (No, my fine literalists, he was not really 12, but in his early 20s. Perhaps by now his emotional maturity has caught up a little.)

I first learned about Linux in Computer Bits magazine, maybe around 1997 or so. My first Linuxes were Red Hat 5 and Mandrake Linux. Mandrake was glorious. It was the first easy-to-install Linux, and it bundled graphics and sound drivers so I could immediately play Tux Racer. Unlike most Linux nerds at the time I did not come from a Unix background, so I had a steep learning curve. But that was alright, because everything I learned was useful. In contrast to my Windows adventures, where most of what I learned was working around its awfulness, then giving up and dropping to a DOS shell.

Playing with computers was so much fun I drifted into freelance consulting, forcing Windows computers to more or less function, and helping IT staff in small shops migrate to Linux servers. Usually we did this on the sneak, because those were the days of Microsoft calling Linux a cancer, and implying that it was a communist conspiracy to sap and impurify all of our precious bodily fluids.

I continued consulting for a number of years, doing a little bit of everything: Repairing and upgrading hardware, pulling cable, system and network administration, and running mixed Apple/Windows/Linux networks. Apple and Windows were absolutely hellish to integrate into mixed networks as they deliberately tried to make it impossible. One of the coolest things about Linux and FOSS is there is always someone ready and able to defeat the barriers erected by proprietary vendors.

It is very different now. There are still proprietary barriers to interoperability, and there is still no Tier 1 desktop Linux OEM vendor. In my opinion this is because Microsoft and Apple have a hard lock on retail distribution. Maybe they're doing us a favor, because you get way better service and quality from wonderful independent Linux vendors like ZaReason and System76. They're Linux experts, and they don't treat us like unwelcome afterthoughts.

Aside from the retail desktop, Linux dominates all aspects of computing from embedded to supercomputing and distributed computing. Open source dominates software development. All of the significant new frontiers in software, such as containers, clusters, and artificial intelligence are all powered by open source software. When you measure the distance from my first little old 386SX PC til now, that is phenomenal progress.

It would not have happened without Linux and open source. 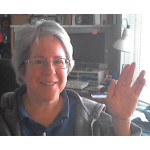 Carla Schroder is a self-taught computer nerd who laid hands on her first computer around her 37th birthday. She is the author of the Linux Cookbook, Linux Networking Cookbook, the Book of Audacity, hundreds of Linux how-tos for various publications, and was the senior managing editor of Linux Today and Linux Planet.
More about me