In this week's edition of our open source news roundup, we take a look at the Toyota joining the OIN, code that sent us to the moon, a fast new image compression format, and more.

Fortune reports that Toyota has joined the Open Invention Network as a full member, joining IBM, Red Hat, Google and others.

There was a lot of buzz this week about a project on GitHub that aims to be "a repo for the original Apollo 11 source code." The source code was originally released on the 40th anniversary of the Apollo 11 mission back in 2009.

What to read next
Tags
News
Duane O'Brien 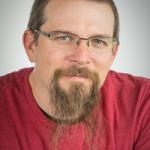 I run Open Source for the OASIS Group (Open Source, Accessibility, Seif, InnerSource and Stuff!) at PayPal. I design the odd tabletop game every now and then. I'm passionate about charity work and fundraising, and I enjoy doing charity bike rides.
More about me