Top 5 stories about open organizations of 2016

We're celebrating our most popular stories about the power of openness to change the future of work, management, and leadership. 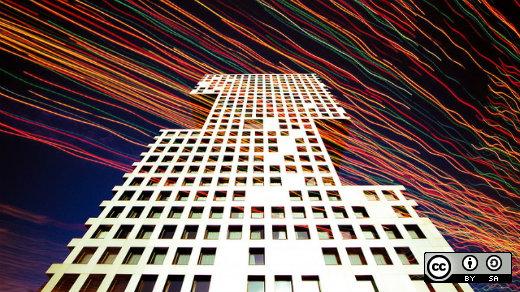 This year, the open organization community at Opensource.com shared more than 100 stories about the ways open principles are reshaping work, management, and leadership.

We discussed and debated the power of increased transaprency, accountability, and collaborations on our teams and in all aspects our workplaces. We examined strategies for creating new organizational cultures oriented around continuous and incremental innovation. We tackled difficult questions about the future of hierarchical, command-and-control-style structures in a world tending ever more toward decantralization.

We swapped tales from the trenches, stories from the field, and reports from the front lines of some of the most exciting (and challenging) movements sweeping organizations today.

And we had a blast doing it.

Now, as we celebrate a year of learning and growing, we're looking back on the five most popular stories of 2016.

One the eve of The Open Organization's first anniversary, ambassador Rebecca Fernandez revealed an incredibly special surprise: A public, community-oriented version of the Open Decision Framework. "For the past few years at Red Hat," she explained, "we've been grappling with the challenges of growing an open organization and sustaining our culture along the way." The Framework, she told readers, was her team's contribution to doing just that. Readers loved it. They not only flocked to her announcement in record numbers, but also downloaded, forked, and remixed the Framework itself, which is available on GitHub.

Before taking the stage at DrupalCon in Dublin this past September, Jason Coghlan kindly offered the project managers in our community some candid and firm advice for succeeding in a rapidly-changing world. "Facilitate more collaboration, empower individuals to take on more responsibility, and encourage your teams to become more self organized," he wrote. Stop obsessing about plans or processes and lead your projects rather than trying to control them." The piece struck a chord with open-minded leaders—so much so that it became one of the year's most-read.

In February, when most of 2016 was still stretching before us, writer Shaun Gillies was already thinking about the future. In this article, Shaun made a case for open organizations as central to that future—not necessarily because they seem most capable of adapting to 21st century conditions, but because they offer the most flexible, accessible, and humane form of organization available today (particularly in cultures increasing adopting neoliberal values and logics). "Although open source projects can assume '9-to-5 form,' or even be organized into hierarchical structures, they offer an interesting alternative to the traditional work paradigm," he wrote. "Perhaps this trend will grow into wider acceptance of non-standard work, and enable individuals more easily pursue their passions."

March was Careers in Open Source month on Opensource.com, so I reached out to the kind folks at social media startup Buffer to see what I could learn about daily life in an organizational culture embracing radical transparency. The ensuing conversation made for one of our most popular stories of 2016.

Open organization ambassador Chad Whitacre thinks open source projects and communities have a free rider problem—and this year, he both wrote and spoke about it. "Free-riding in open source communities leads to overworked and underpaid individuals, and eventually to burnout," the Gratipay founder reiterated. "It's bad for people, and it's bad for projects." Clearly, Chad wasn't the only person concerned with this issue; comments on his article stretch practically twice as long as the original piece, our most-read (and quite likely our most-discussed!) article of 2016.

The Open Organization
Best of Opensource.com

Your one-on-one meeting doesn't have to be this way

Perhaps as we get into 2017, we can continue to encourage and see results with openness, especially in governmental organizations.

What an honor! Totally did not expect this. :)

Congratulations, and thanks for agreeing to share your great work!