You probably think you can't learn anything from what I’m about to say because you're a good communicator, right? I mean, your Linkedin profile probably even mentions your excellent communication skills. But if that's something you wrote before ubiquitous mobile devices and social media, then you might want to rethink what being a good communicator really means.

We all know times have changed. In the past, phone, print, email, and a little top-down authority was all you needed to get your message across. Today, especially in open organizations, we're bombarded with information from people across the business and outside its walls—and we don't acknowledge how good we’ve become at skimming and filtering content.

Have you checked your phone in a meeting because the speaker wasn't getting through to you? Deleted an email based purely on the subject line? Let that call go to voicemail because you didn’t recognize the caller ID?

I bet you did all these things without even thinking about them—or even considering that the people attempting to connect with you probably say they’re good communicators.

Don’t worry; I used to think I was a good communicator, too. Let me share with you some lessons I’ve learned leading an internal communications team and show you how you can apply that knowledge to communicate more effectively in your open organization.

Three years ago, I worked on a team that provided shared services to other internal teams—common applications, hardware management, that sort of thing. Unfortunately, our team had a visibility issue: Our internal customers had no way of seeing what our team was doing and, when their requests went unanswered, they started speaking poorly of us.

In short, we had a bad reputation.

To counteract it, our leader at the time said, “Let’s create a monthly newsletter to share with our internal customers all the good work we’re doing for them.” It sounded like a great idea, so we set about doing it. Each month we would find the great things our team had accomplished and shout them out: “Look at us! We did this amazing thing for you! You should be happy.” Overnight we became good communicators.

Or so we thought. We soon learned otherwise—and picked up three important lessons in the process.

Jim Whitehurst defines an open organization as "an organization that engages participative communities both inside and out.” Our newsletter failed precisely because we didn’t engage a participative audience. Instead, we told people what to think and how to feel.

Understandably, they hated it.

Why? Because it stood in stark contrast to the way they viewed our team. And most of all, it provided no value to them—it didn’t make their jobs easier or their lives better.

Soon our team went through a larger departmental restructure, and our remit grew from communicating about one team to communicating about the whole department. We needed to change. So we took the opportunity to rebrand ourselves and find a new voice. We knew ‘one way’ communication was out, so we began locating the department’s most interesting people and invited them to share more about themselves and their projects.

The feedback we received from the audience was positive, so we continued in that direction and as we honed our voice we started to learn our second lesson.

Looking again at Jim Whitehurst’s definition, we see that an open organization “...inspires, motivates, and empowers people at all levels to act." Because we started providing information that had value, people started to consume it. More than that, connections and discussions inside the department actually arose from it. We were inspiring and motivating action.

"The more valuable the content became, the more the audience grew and the better we became at empowering others to extract value in this way."

As we built our audience, people started approaching us with ideas for content. Initially, they thought we’d just turn their ideas into content, but we came up with a way to empower them to deliver on their own ideas. We really listened, and began replying with simple questions like, “Tell me about a lesson your team learned in your work that you can share with others so they don’t have to go through the same experience?” or “What is it about your team’s work that will save the reader time by learning about its existence?” We helped them extract value from their experiences for their audiences.

The more valuable the content became, the more the audience grew and the better we became at empowering others to extract value in this way. Deep down, however, we felt that our approach still had aspects of an old way of thinking.

Lesson 3: 'Participative' is the key

Recall that phrase of the open organization definition from Lesson 1: "An organization that engages participative communities both inside and out”? Our newsletter distribution model involved simply sending the newsletter to the departmental mailing list. Sure, we measured view numbers and viewer counts on the articles, but we continued to serve the content to one big list comprised of people who participated and people who didn’t.

You might think our job as internal communicators would be to get people who don’t participate to participate, but we started to think otherwise. Setting ourselves a target of 100% participation would only serve to focus our time and energy on the wrong group of people: the non-participative group.

Instead, we needed to engage more deeply with the people who were participating. We made the bold decision to make the departmental newsletter opt-in. We wanted a direct relationship with our subscribers so we could deliver more value for them while still providing pathways for people to move from not participating to participating.

As you seek to become a better communicator in your open organization, always remember:

Being a “good communicator” isn’t difficult; it just looks different today than it did ten years ago. Nevertheless, It still requires discipline—giving thought to what you want to say, to whom, and for what purpose, all before you say it. 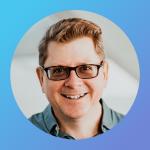 For more than 15 years I've worked shoulder-to-shoulder with software engineers from around the globe. I've experienced how developing yourself as a next generation leader in software engineering can be filled with ambiguity. So, in collaboration with Alexis Monville, I've combined my writing and coaching skills to package a leadership development experience into a book.
More about me