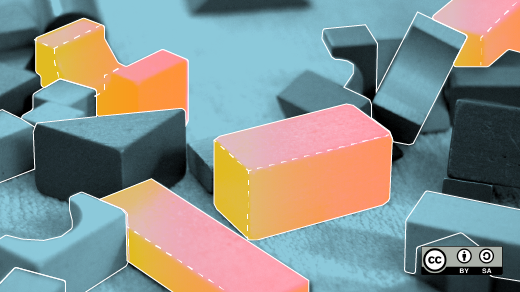 The past six months have seen cryptocurrencies such as Bitcoin and Ethereum go from rounding errors in the global economy to center stage at mainstream banking conferences. Much of the current fervor concerns the skyrocketing valuations of cryptocurrencies and tokens, and using them as an investment. All this has an interesting backstory—one with roots in an open organization effort attempted two years ago: The DAO.

Lessons from that story of The DAO—or "Decentralized Autonomous Organization"—remain relevant today, as organizations experimenting with open structures and practices look for ways to better utilize blockchain technologies to create more transparent, collaborative, and inclusive structures.

A history of The DAO

Bitcoin, perhaps the most widely known cryptocurrency, launched in 2009, and its functionality has been fairly fixed during its lifespan. It is decentralized, with no central authority controlling its monetary supply or confirming individual transactions. All of the participants—tens of thousands of computers—make the decentralized system work by the inertia of shared consensus.

Ethereum, another popular cryptocurrency, launched in 2015. It included the ability to load (and have the blockchain run) Turing-complete computer programs in a decentralized fashion. Coupled with its native cryptocurrency, Ether, the business logic within the decentralized computer code, or "smart contract," can maintain account balances, make decisions about payments, and ultimately implement complex economic systems. If a Bitcoin transaction is like making a purchase at a retail store, then the introduction of Ethereum allowed for transactions that could be as complex as setting up an entire stock exchange.

However, Ethereum imposes certain protocol limits on transaction size in order to prevent users from spamming the network. Continuing the analogy above: Actually operating the stock exchange would have to be done one trade at a time. The decentralized computer that is the Ethereum blockchain is very robust, but it operates at a relative snail's pace when compared to a modern computer.

Ethereum was the outcome of an interesting process. In the summer of 2014, a crowdsale held via the Bitcoin blockchain raised enough funds to bootstrap development of Ethereum—and this combination of crowdfunding, cryptocurrency, smart contracts, and decentralized authority led a group of technologists to create The DAO.

The DAO was an effort to create a decentralized crowdfunded venture investment platform.

Underpinning the DAO initiative was an important innovation: cryptocurrency (in this case, Ether) sent to its smart contract code on the blockchain during its crowdsale would trigger the issuance of a commensurate number of DAO tokens. Capital raised during the crowdsale would then be used to fund projects, as decided by popular vote among token holders. Previously, issuing this kind of I.O.U. would have required a central authority, such as a crowdfunding platform; now, users could participate in it directly and without such intermediaries. The twin innovations of blockchain and smart contracts enabled something potentially revolutionary: distributed organizations operating toward shared goals without the presence of human intermediaries.

The DAO was an effort to create a decentralized crowdfunded venture investment platform.

Token holders could propose projects to The DAO by registering them with the smart contract, and (after a group of human referees had vetted them) that contract would autonomously execute the voting and funding of these projects. Projects would, for the most part, be expected to pay a dividend on the investment made in them by The DAO. As The DAO tokens were tradable, people expected them to increase in value.

Sadly, soon after raising approximately $150 million in Ether during its month-long crowdsale, a malicious hacker exploited a flaw in The DAO's smart contract computer code to siphon off an amount of Ether equal to about $50 million. After much discussion, the Ethereum community came to a consensus and voted overwhelmingly to cut the thief out and return the funds to the investors.

Support for this move, however, was not unanimous. Some Ethereum participants believed in the immutability of the blockchain transaction ledger. They insisted that what is written in a smart contract should be considered the final authority—even if that contract contains a bug to be exploited. The rift caused a split in the Ethereum blockchain (a hard fork), with a portion of participants opting to stay on the old Ethereum blockchain node software (now called Ethereum Classic) that allowed the thief to retain the funds.

If some parts of The DAO story sound familiar, it's because its basic structure mirrors the current crop of initial coin offerings (ICOs) we're witnessing today. These initiatives mimic closely The DAO's basic strategy: a crowdsale of tokens on the Ethereum blockchain. This is the ongoing legacy of The DAO.

The DAO itself, or the concept of a DAO more generally, shares much in common with the principles of an open organization: transparency, inclusivity, adaptability, collaboration, community.

The Ethereum blockchain is by nature transparent. Anyone with the appropriate tools can inspect and validate every step of every smart contract, or every transfer of every fractional Ether, ever conducted.

Bringing together thousands of people to fund The DAO was an exercise in collaborative community, a shared vision.

Funding a DAO is potentially open to anyone with Ether. Practical matters mean that mining Ether is no longer attainable for most people, so many must obtain it from a cryptocurrency exchange or via over-the-counter transactions. But as a decentralized electronic currency, it is not otherwise possible to limit who can acquire Ether. Voting on proposals within a DAO should similarly be linked to one's share of tokens. In this sense, and if the computer code is written as such, it can be inclusive to anyone. Exactly how votes are linked to shares of tokens is highly configurable and open to debate. The DAO included a mechanism for those who disagreed with a majority's direction to vote with their feet and fork The DAO into a child DAO, taking with them their share of tokens, capital, and like-minded individuals (ironically, it was a bug in this mechanism that lead to the hack which sunk The DAO). The DAO was infinitely divisible in this way, and provided a measure of adaptability to differences in opinion.

Bringing together thousands of people to fund The DAO was an exercise in collaborative community, a shared vision. Where The DAO failed, other projects like Dash and Digix.io are picking up the torch. However, enthusiasm seems more broadly tempered, perhaps due to the sheer number of tokens of all sorts currently vying for attention. In addition, the SEC issued guidance on the original The DAO, saying it appeared to be a security and should have been regulated.

Despite all the press and hype, the global blockchain and cryptocurrency community is still relatively small. One significant blockchain challenge is ease of use, and solving it well is likely a necessary precondition to wider use of new organization structuring and operation paradigms, such as DAOs.

What to read next
Tags
The Open Organization
Jeff Wentworth 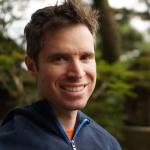 I'm a co-founder of Curvegrid, a blockchain tooling startup based in Tokyo, Japan. We're building a blockchain application server to make it easier to build usable applications for the blockchain. Previously, I spent six years at Goldman Sachs and five years at EMC, working in data storage engineering. I graduated from the University of Waterloo with a degree in Computer Engineering.
More about me