Follow these steps to implement habits that support open culture and get rid of those that don't. 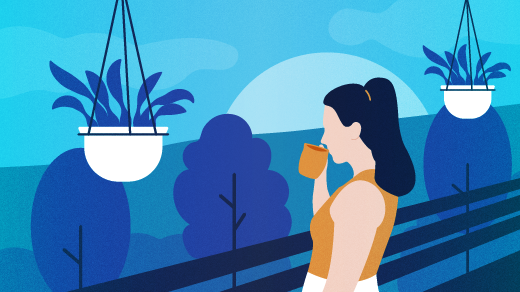 Habits are a long-term interest of mine. Several years ago, I gave a presentation on habits, both good and bad, and how to expand on good habits and change bad ones. Just recently, I read the habits-focused book Smart Thinking by Art Markman. You might ask what this has to do with open organization principles. There is a connection, and I'll explain it in this two-part article on managing habits.

In this first article, I talk about habits, how they work, and—most important—how you can start to change them. In the second article, I review Markman's thoughts as presented in his book.

The intersection of principles and habits

Suppose you learned about open organization principles and although you found them interesting and valuable, you just weren't in the habit of using them. Here's how that might look in practice.

Community: If you're faced with a significant challenge but think you can't address it alone, you're likely in the habit of just giving up. Wouldn't it be better to have the habit of building a community of like-minded people that collectively can solve the problem?

Collaboration: Suppose you don't think you're a good collaborator. You like to do things alone. You know that there are cases when collaboration is required, but you don't have a habit of engaging in it. To counteract that, you must build a habit of collaborating more.

Transparency: Say you like to keep most of what you do and know a secret. However, you know that if you don't share information, you're not likely to get good information from others. Therefore, you must create the habit of being more transparent.

Inclusivity: Imagine you are uncomfortable working with people you don't know and who are different from you, whether in personality, culture, or language. You know that if you want to be successful, you must work with a wide variety of people. How do you create a habit of being more inclusive?

Adaptability: Suppose you tend to resist change long after what you're doing is no longer achieving what you had hoped it would. You know you must adapt and redirect your efforts, but how can you create a habit of being adaptive?

What is a habit?

Before I give examples regarding the above principles, I'll explain some of the relevant characteristics of a habit.

The three steps of a habit

Bad habits in a business environment

A step-by-step plan to change a habit

Habits don't have to last forever. You can change your own behavior. First, remember that many habits can not be changed concurrently. Instead, find a keystone habit and work on it first. This produces small, quick rewards. Remember that one keystone habit can create a chain reaction.

Here is a four-step framework you can apply to changing any habit, including habits related to open organization principles.

Step one: identify the routine

Identify the habit loop and the routine in it (for example, when an important challenge comes up that you can't address alone). The routine (the behaviors you do) is the easiest to identify, so start there. For example: "In my organization, no one discusses problems with anyone. They just give up before starting." Determine the routine that you want to modify, change, or just study. For example: "Every time an important challenge comes up, I should discuss it with people and try to develop a community of like-minded people who have the skills to address it."

Step two: experiment with the rewards

Rewards are powerful because they satisfy cravings. But, we're often not conscious of the cravings that drive our behavior. They are only evident afterward. For example, there may be times in meetings when you want nothing more than to get out of the room and avoid a subject of conversation, even though down deep you know you should figure out how to address the problem.

To learn what a craving is, you must experiment. That might take a few days, weeks, or longer. You must feel the triggering pressure when it occurs to identify it fully. For example, ask yourself how you feel when you try to escape responsibility.

Consider yourself a scientist, just doing experiments and gathering data. The steps in your investigation are:

The cue is often hard to identify because there's usually too much information bombarding you as your behaviors unfold. To identify a cue amid other distractions, you can observe four factors the moment the urge hits you:

Location: Where did it occur? ("My biggest challenges come out in meetings.")

Time: When did it occur? ("Meetings in the afternoon, when I'm tired, are the worst time, because I'm not interested in putting forth any effort.")

Feelings: What was your emotional state? ("I feel overwhelmed and depressed when I hear the problem.")

People: Who or what type of people were around you at the time, or were you alone? ("In the meetings, most other people don't seem interested in the problem either. Others dominate the discussion.")

Step four: have a plan

Once you have confirmed the reward driving your behavior, the cues that trigger it, and the behavior itself, you can begin to shift your actions. Follow these three easy steps:

Plan to avoid forgetting something that must be done

To successfully start doing something you often forget, follow this process:

Change takes a long time. Sometimes a support group is required to help change a habit. Sometimes, a lot of practice and role play of a new and better routine in a low-stress environment is required. To find an effective reward, you need repeated experimentation.

Sometimes habits are only symptoms of a more significant, deeper problem. In these cases, professional help may be required. But if you have the desire to change and accept that there will be minor failures along the way, you can gain power over any habit.

In this article, I've used examples of community development using the cue-routine-reward process. It can equally be applied to the other open organization principles. I hope this article got you thinking about how to manage habits through knowing how habits work, taking steps to change habits, and making plans to avoid forgetting things you want done. Whether it's an open organization principle or anything else, you can now diagnose the cue, the routine, and the reward. That will lead you to a plan to change a habit when the cue presents itself.

In my next article, I'll look at habits through the lens of Art Markman's thoughts on Smart Thinking.