Considering all of the benefits, it seems anyone can generate excitement around open organization community projects regarding either solar or wind power. 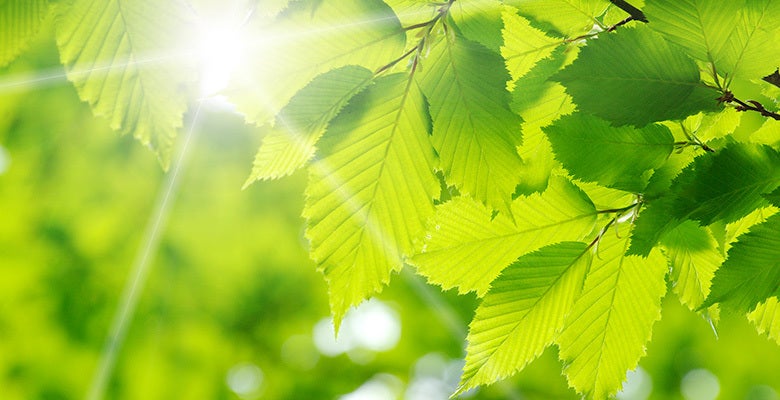 This is the second article in a two-part series on energy disruption that could lead to open organization projects. In the first part, based on the book, Clean Disruption of Energy and Transportation, by Tony Seba, I discussed disruption in the use of electric vehicles over internal combustion engine (ICE) vehicles, the use of self-driving over human-driven vehicles, and the use of solar power generation over nuclear power generation.

It's useful to compare the power generation potential of solar with each of the technologies above in more detail.

As mentioned in part one of this series, solar power generation costs are falling rapidly. These innovations provide opportunities to replace fossil-fuel sources. The costs are projected to continue falling due to various factors, including:

Solar cost has improved by 5,355 times from 1970 to 2014 compared to oil. Furthermore, for new power plants, on a levelized cost of generating solar electricity (LCOE), solar is already cheaper than power from oil-powered plants. Even Saudi Arabia is building solar plants, as it might need 30% of its oil production for desalination plants. It is cheaper for desalinating water. Saudi knows that solar is the future, and oil is the past.

Natural resources are also a consideration with oil power generation. Oil supply is a geopolitical concern for energy-dependent nations, as seen daily with the Ukraine War. Sun energy is everywhere and doesn't have that worry. Oil power uses four times as much water as natural gas, which is 10,000 times more than solar power plants.

With upcoming electric vehicles, autonomous cars, solar energy grids, and individual production, oil as an energy source will not be competitive in the years ahead. In many countries, oil (and coal) is government subsidized. If those subsidies stop, oil will be even less competitive. Solar power generation is cheaper than diesel-powered generation in many regions and is less expensive for heating and lighting than kerosene.

Even storage is a consideration. Battery storage is cheaper than running diesel-powered backup generators, and solar costs are dropping even further. Solar salt energy storage is more economical than large-scale petroleum generation.

As mentioned above, solar power generation costing is falling rapidly and projected to continue doing so. With increased use and a fast learning curve, solar can be used for many devices and can be resold.

How does solar production measure up against natural gas? Solar cost has improved by 2,275 times compared to natural gas between 1970 and 2014. For new power plants, on a levelized cost of generating solar electricity (LCOE), solar is already cheaper than power from natural gas-powered plants. Wholesale natural gas prices can be low, but distribution costs are high, making retail prices high. It is difficult to ship natural gas long distances or for export, as it must be converted into a compressed or liquefied form. Then it has to be decompressed or un-liquefied at the destination.

Solar is far cheaper considering environmental costs from hydraulic fracturing extraction and pipeline leaks imposed on air, water, and soil. It is already more affordable in Europe, where investors are writing off their investments. Hydraulic fracturing (fracking) uses a great deal of water, which is hard on the neighboring environment. Natural gas is very dangerous and leaks into the soil, water, and atmosphere. Most of the pipeline leaking is hidden from the public.

Besides costs, fracking uses around two to four million gallons of water in a single natural gas well. That is 10,000 times more water than solar uses. With water stress coming in the future, fracking is not recommended long-term. Here is a second reference supporting Seba's position. "How Fracking Became America's Money Pit." Here is another source, "Should The U.S. Ban Fracking?"

Natural gas claims that it produces half the greenhouse gases compared to coal, which Bill Gates hates, because methane (a main component of natural gas) is 72 times worse than CO2 as a greenhouse gas. He has a target of it being zero, which natural gas will not obtain. Solar and wind are zero. Natural gas production is only a very short-term solution to climate change.

From the residential perspective, with affordable financing, solar panels on home roofs (and even stores and commercial buildings), the natural gas market should decline, becoming obsolete and uncompetitive. Today, companies can design solar panel arrangements on any home roof from an office using Google Earth and easily give a quote. The cost of design and installation is coming down with improved processes.

In addition to the above, there is now solar-as-a-service, in which the electricity user need not purchase the solar panels. A company called SunEdison offers to finance, install, own, and maintain solar panels on its customers' rooftops in a 20-year contract. The customer could purchase this solution for cash, buy it on credit, or lease it.

Solar power cooperatives are being formed in some communities to provide electricity to targeted neighborhoods. This can reduce the cost of electricity even more, making natural gas even less competitive. Imagine open organization communities formed strictly for community electricity generation, resident panel installation, maintenance, and power distribution. Some web-based companies are now creating these communities.

Biofuel pricing is not falling, yet, as seen above, solar power generation costs continue to drop.

Resource utilization is a major concern with biofuels. Producing biofuel requires a great deal of water, putting further stress on the global water supply. Currently, 15% of the world's water supply is used to produce energy. Biofuels are one of the heaviest users of water, and solar is one of the lightest. It takes 13,676 gallons of water for soybean production for a gallon of biodiesel (WaterFootprint). Biofuels use an astonishing 1.78 million times more water than solar. With a global water shortage coming, biofuel production is just crazy. Significant land, pesticides, and fertilizer are also required for production.

Ethanol is a popular fuel in Brazil, but the government heavily subsidizes it to support the sugarcane industry, not because it is economical but for national security. With solar technology available, Brazilians should move away from ethanol-powered vehicles and remain secure as a nation. In terms of energy production, solar panels are 123 times more efficient than sugarcane-to-ethanol production. Against other biofuels, solar might be up to 550 times more efficient.

Coal costs are not declining, yet solar power generation continues to become more economical. Seba wrote, "On February 1, 2013, El Paso Electric agreed to purchase power from First Solar's 50 MW Macho Springs project for 5.79¢/kWh. That's less than half the 12.8¢/kWh from typical new coal plants." This kind of disruption will continue until 2030.

Even China is getting in on the game with solar. Solar installation in China tripled in 2013.

As noted with other power generation sources, resource management is critical. Coal power generation uses twice as much water as natural gas, which is 10,000 times more than solar. China's water is either drying up or becoming contaminated.

Coal is also a major air pollutant, along with gasoline, diesel, and wood. According to The Lancet, 1.2 million people in China die prematurely because of poor quality air. With the health expenses and loss of work, coal is not cheap. This is also true in India, with as many as six million deaths annually.

Coal operations in most industrialized countries are retiring their old coal-powered plant operations in favor of either natural gas or wind. This is not because they are dirty but uneconomical compared to many other energy sources. But regulatory capture keeps coal going in some regions of the world. The coal industry is being supported by those governments but not helping their people. It represents 40%-50% of the total world's electricity generation. China was at 46% in 2010, mainly due to subsidies. More pressure should be put on China and the rest of the world to divest from coal.

One of the major reasons governments protect conventional power generation is national sovereignty. Energy-dependent countries must maintain their local energy generation. But the sun and wind are almost anywhere. Therefore, all countries can strengthen their sovereignty with renewable energy sources.

Generating their own solar power over buying from any fossil fuel utility should be explored. According to Seba, centralized power generation has a 7¢/kWh cost disadvantage over distributed generation (2014), which has widened as solar generation costs keep dropping. Considering just that factor, establishing an open organization community to work on it would be very productive.

When buying electricity for irrigation in California, agriculture is paying ten times more from Pacific Gas and Electric (PG&E) than on-site solar/wind power generation. It is better to switch to solar or wind, and according to Seba, that is what the farmers are doing there.

This benefit is true for many commercial businesses as well. Walmart and IKEA are going to "Big-Box" solar rooftops to massively reduce their electricity costs. They may even start selling electricity to their community customers.

Real estate developers are moving to provide free electricity as part of their community development offering. Tesla is now going into home power generation to complement EVs. One's home can be the car's gas station.

Consider rural distributed electricity, too. This idea is not in Seba's book, but if the sun doesn't shine much, water movement and wind can make rural communities electricity self-sufficient. If not, further in the future, small modular nuclear reactors (SMRs) might be the secret. All of these energy sources are becoming viable.

Home power in developing countries is also going to solar/water sources. If there's moving water, electricity can be produced. Investigate products such as the "Ultra-Small Water Power Generator" by Sumino Seisakusho Ltd.

What about a compact personal wind turbine if there's no flowing water but a lot of wind in rural areas in developing countries? Look at this video by Halcium Group LLC, "Could this be the 'safest, most powerful wind turbine in the world'?"

When it comes to considering the falling cost of solar and wind energy, Seba is not alone. Have a look at this presentation from AsapScience.

Solar power has advantages over other power generation methods such as oil, natural gas, biofuels, and coal. Increased concerns over the utilization of resources like water also make solar more attractive than ever. And plenty of arguments are available for energy independence at the national, regional, community, and even personal levels. Solar certainly has a place at the table in those discussions.

With all the above benefits, it seems anyone can generate excitement around open organization community projects regarding either solar or wind power.

What to read next
Tags
The Open Organization
Sustainability
Ron McFarland