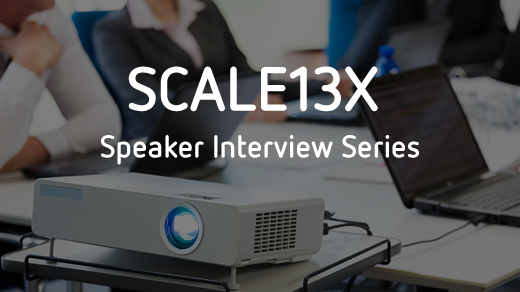 This is a collection of interviews of speakers at SCALE 13X. The Southern California Linux Expo brings together Linux and open source users, developers, companies, and enthusiasts.

Listen up! It's not all code and content by Jen Wike Huger, an interview with Robyn Bergeron, Operations Advocate for Elasticsearch.

Rocket and the application container spec by Jason Baker, an interview with Jonathan Boulle, engineer at CoreOS on Rocket.

Redesigning the Linux video system from the ground up by Jason Hibbets, an interview with Jon Cruz, Samsung Open Source Group.

NGINX: The secret heart of the modern web by Jason Hibbets, an interview with Sarah Novotny, technology evangelist and community leader at NGINX..