Where do we stand 30 years after the founding of the Free Software Foundation?

There is a growing concern about government surveillance. At the same time, those of us who live and breathe technology do so because it provides us with a service and freedom to share our lives with others.

There is a tacit assumption that once we leave the store, the device we have in our pocket, backpack, or desk is ours. We buy a computer, a tablet, a smartphone, and we use applications and apps without even thinking about who really owns the tools and whether we truly own any of it. You purchase a device, yet you are not free to modify it or the software on it in any way. It begs the question of who really owns the device and the software? 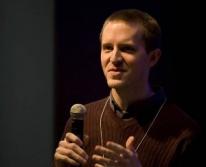 As the FSF describes on its about page, "The free software movement is one of the most successful social movements to arise from computing culture, driven by a worldwide community of ethical programmers dedicated to the cause of freedom and sharing."

I had a chance to interview John Sullivan, Executive Director of FSF, and what he said was both refreshing and thought provoking. The Foundation sponsors the GNU project, which maintains an entire operating system licensed as free software.

Tell us about yourself. How did you get involved in the free software movement, and why do you continue your involvement?

I started working with the FSF in 2003 after earning an MFA in writing and poetics. It was a natural fit! My first contributions as an employee were in documentation, merchandising, and fundraising, but the roots of my involvement go back to early days of running a dial-up BBS on my Commodore 64 (and later IBM PC). That was my first experience with online communities, the sharing of programs, the frustration of programs that couldn't be shared, and the power of collaboration. I got into GNU/Linux and Emacs in the 90s, when Windows "upgrades" rendered my PC useless, and I decided I wanted off that treadmill for good.

I stay involved because I think it's one of the most important social movements in existence, and it needs help—a lot of help. As more and more of the world's social, cultural, economic, and political interactions are mediated by technology, control over the technology becomes incredibly important for the exercise of any basic individual freedoms. I love the people I meet in this work, and the enormity of the challenge.

What tips do you have for others who want to be involved in the free software movement?

The Free Software Foundation is a great place to start. We have volunteer opportunities in documentation, translation, coding, design, conference organizing, advocacy writing, and much more.

Where do you see the things moving in the near term?

This year is the FSF's 30th anniversary. We've come a long way, but in the near term there are several areas where we need to step it up. Mobile and wearable computing are currently terrifying for user freedom. iOS is the epitome of everything we need to avoid to have a free society: a single gatekeeper who claims it is illegal for you to even install software they don't approve on your own device.

Fortunately, more people are using Android than iOS, but between hardware drivers and applications, they are still primarily using proprietary software or software that just interfaces with a service over which they have no control. Future versions of Android can also be made proprietary at any moment, and that's frightening. We need our mobile, embedded, and wearable operating systems to be copyleft so that no one can ever take them away when the wind changes.

We need to stop the backsliding that's happening with laptop hardware too. Companies like Intel are building separate chips into their machines running proprietary software that provides remote access to the computer. Instead, they should be working with us and projects like Libreboot and Coreboot to have support for a fully free, secure, stack.

We also need to spearhead a transition to decentralized, encrypted replacements for services like Facebook, Google Translate, Flickr, iCloud, etc. If the software you are using to do your work is running on some company's machine, then you don't have the ability to inspect it or modify it. Time and time again, this leads to abuses like privacy violations by both governments and individuals. We need projects like MediaGoblin, GNU social, pump.io, GNUnet, GPG, Tor, and Tahoe-LAFS to succeed.

Do you have any long-term goals for the free software movement?

Yes. We want all users to be able to do anything they want to do on any computer using exclusively free software. Proprietary software should not exist. To achieve this, we need the movement to be much more diverse than it is so far, and to be as effective at messaging and communication as it has been at software development.

How can we continue to support you and/or get involved with FSF?

In addition to the volunteer opportunities I mentioned, we are funded overwhelmingly by individuals. Over 80% of our funding last year came from individuals, with only the remaining part coming from corporations and other organizations. This distinguishes us significantly from most organizations involved in this space. Joining as a member at member.fsf.org is a great way to get involved. We're going to be working on some ways this year to help our members get to know each other and build a stronger community of free software activists.

Of course, we would also welcome more resources from employers. That can come from matching their employees' individual donations through our corporate patron program, or from making donations to match the hours their employees volunteer for the FSF and GNU. I'm happy to talk with anyone interested at johns@fsf.org.

If you're a programmer, any time you write free software, you're helping the free software movement. Thank you! This is especially true if you release your software under a copyleft license like the GPL. Using GPLv3 is best, because when you do that, you are helping protect free software and its users from patents and DRM.

What will you be talking about at SCALE 13x?

Where do we stand after 30 years of the FSF? I'll be talking about why free software is an important social movement for everyone, not just programmers. Even people who don't write code need to care about the freedom to see the source and modify the code. Those conditions are what enable other people to create software that serves all of our freedom and interests.

The alternative is ubiquitous surveillance and a kind of totalitarianism. The potential to modify software, much like the right to vote, is a powerful check on misuse of technology, even if you don't exercise that freedom yourself. How do we inspire more people to care, and to fight for freedoms they don't directly use?