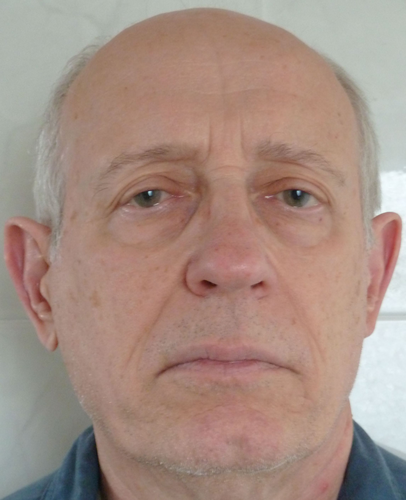 Dave Morriss is a retired IT Manager based in Edinburgh, Scotland.

He worked in the UK higher education sector providing IT services to students and staff.

He has a BSc degree in Zoology and spent some time working towards a
PhD in Animal Behaviour. However, the prospect of working in IT proved
to be more attractive and he moved to Lancaster University (in
Lancashire, UK) in the mid 1970's where he worked as a Systems
Programmer for five years.

At Lancaster he worked with the University's ICL 1900 series mainframe
and later an ICL 2900 series machine. This involved writing software
in Algol60, Algol68, FORTRAN and Plan4 and SFL the assemblers on the
ICL systems. He was also involved (as a junior developer) with the
metropolitan level inter-universities network called GANNET, a
precursor of the national academic JANET network.

In the early 1980's Dave moved to Heriot-Watt University in Edinburgh,
as a Systems/Analyst. The University had a Burroughs mainframe
initially, but later installed a Digital Equipment Corporation (DEC)
VAXcluster running VMS. Dave became the Systems Manager in charge of
this system. This system was later replaced by two DEC Alpha systems,
one running OpenVMS, and the other Digital Unix.

Gradually various other Unix systems were added to the mix, such as
Sun and HP minicomputers. Later a DECAthena system based on 50+ Ultrix
workstations and servers was installed, largely for teaching.

Dave was heavily involved in writing programs and scripts to ensure
the smooth running of the Burroughs system and the VAXcluster. With
the advent of Unix and Linux he developed skills in data processing
with tools such as sed, awk and Perl.

Dave retired in 2009 and has been contributing to the "Hacker Public
Radio" community podcast (http://hackerpublicradio.org) as a podcast
host and an administrator/developer since then.

Learn how to use different types of loops to run commands on a record multiple times.

A guide to intermediate awk scripting

Learn how to structure commands into executable scripts.

4 ways to control the flow of your awk script

Learn to use switch statements and the break, continue, and next commands to control awk scripts.