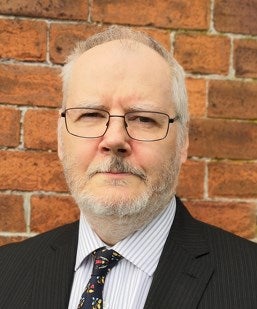 Dave McKay first used computers in industry when punched paper tape was in vogue and he has been programming ever since. His use of computers pre-dates the birth of the PC and the public release of Unix. He has programmed in everything from 6502 assembly to Lisp, and from Forth to C#.

Don't let his six years at two different Universities fool you. He isn't a theoretical academic sheltered from the stark realities of the modern digital world. He has over 30 years of front-line experience working with IT in demanding business and industrial settings. His first IT technology article was published in Personal Computer World in 1985.

Dave has worked as a freelance programmer, manager of an international software development team, and an IT services project manager. Latterly he was the Data Protection Officer for a managed services provider, responsible for the data protection and regulatory compliance of businesses ranging in size from tens of users up to multiple thousands of users.

Manage network connections from the Linux command line with nmcli

Tap into the power of the NetworkManager tool directly from the Linux command line with nmcli.

cd <enter> takes you back to your home directory, too.