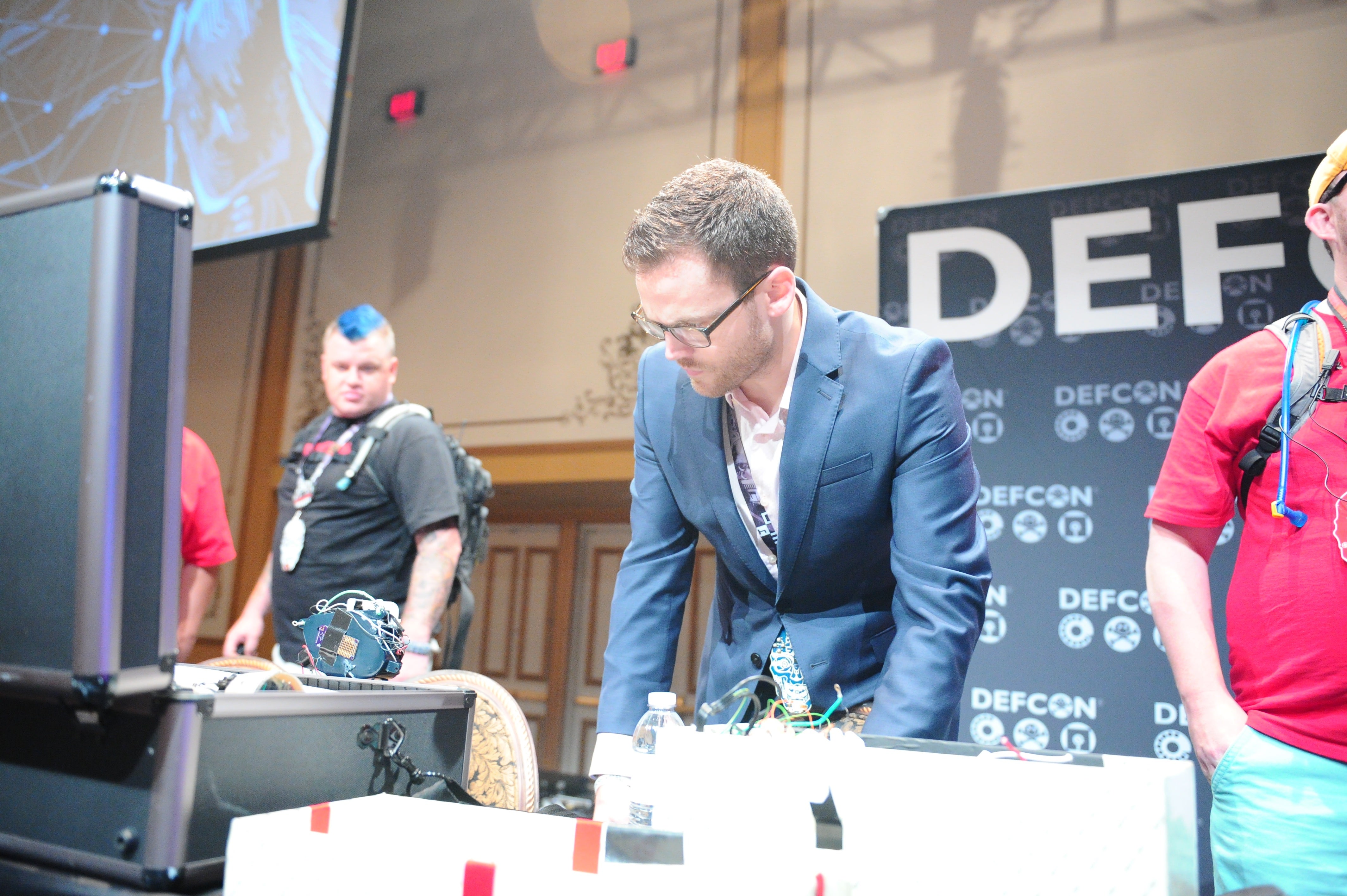 Put simply, Evan Booth loves to build stuff out of other stuff.

Throughout 2013 and into 2014, in an effort to highlight hypocrisy and "security theater" brought about by the TSA, through a research project called Terminal Cornucopia, Evan created an arsenal ranging from simple, melee weapons to reloadable firearms to remotely-trigger incendiary suitcases—all solely comprised of items that anyone can purchase inside most airport terminals *after* the security checkpoint.

Evan's current project, Jittery MacGyver, seeks to determine just how much potential is inside one single Keurig coffee maker by salvaging its parts to build a variety of complex, highly useful devices.

Given the right ingredients, a big cardboard box can be a time machine, spaceship, minecart, or a telephone booth that only calls people named "Steve" who live in the future.

I firmly believe that in the absence of any intentional organizational strategy a person's workspace becomes a reflection of their mind. Like bits of knowledge stored in the...