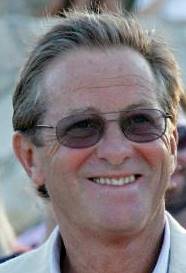 Phil Branon is a highly-regarded digital media and data services executive, entrepreneur and advisor with a proven track record of building and selling two successful media start-ups, as well as accelerating the growth of high-profile businesses in larger established organizations.  He is actively involved in today’s dynamic digital media and data services industries—as an operational executive, advisor, and angel investor—focusing in particular on the areas of data services, performance-based marketing, lead generation, and behavioral targeting.  Phil is currently vice president of sales for the technology market at Dun & Bradstreet.  He is chartered with leading a highly-skilled, senior sales team whose mandate is to grow existing relationships and drive new multimillion dollar engagements in a highly complex and dynamic business environment.  Success is determined by delighting customers with data services, tools, and solutions that deliver meaningful results and measurable ROI while meeting or exceeding D&B goals and objectives.In a previous engagement, Phil was Acting General Manager of Slashdot Media.  He was retained by Dice Holdings, Inc. during a leadership transition at Slashdot Media to aid the management team in developing a strategic plan and corresponding operating budget.  The directive was to return Slashdot Media to its pre-acquisition revenue and EBITDA levels.  This successful engagement involved restructuring and reorganizing the company's existing product offerings and staffing levels, as well as launching new partnerships and products.As co-founder, partner and president of IT Business Edge, a performance-based digital media company, Phil helped launch and grow the company, resulting in its ultimate acquisition by QuinStreet.  Along with the executive team, he successfully made and kept IT Business Edge profitable during the great recession of 2008-2010.  In addition to his operational responsibilities, he was the management voice to the board of directors and all equity investors and note holders.  He represented the company to investors in order to raise two rounds of equity funding and three rounds of debt.  He also led the transaction team in negotiating the sale of the company to QuinStreet.  Prior to co-founding and leading IT Business Edge, Phil, as an executive member of the founding team of TechRepublic, was instrumental in growing TechRepublic from $100,000 in total revenue to $18.5MM in annual revenue and from 60 to 250 employees.  He was a key member of the transaction team that negotiated the sale of the company to Gartner in 2000.  When CNet acquired TechRepublic from Gartner in 2001, Phil was invited to lead CNet’s push into the enterprise market.  He left CNet in 2002 to rejoin his TechRepublic partners in launching IT Business Edge.  Earlier roles on Phil’s media career path include one of his all-time favorites, publisher of InfoWorld.  He graduated from the University of Vermont with a BS in Mathematics, magna cum laude, and now resides primarily in Los Gatos, California.

It's not every day that your CEO gives you a telephone ring, so I definitely remember the day mine phoned me. He'd called to tell me about a puzzling voicemail he'd just…