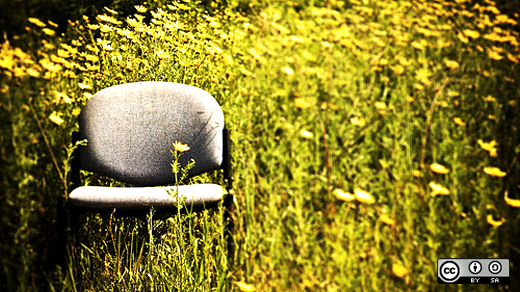 It's not every day that your CEO gives you a telephone ring, so I definitely remember the day mine phoned me. He'd called to tell me about a puzzling voicemail he'd just received.

I was a consultant for a tech community website and the team was rolling out a major site renovation. Our goal was to modernize the look and functionality of the site and, equally importantly, better monetize it so it could survive and thrive in the long term.

Apparently, however, not everyone welcomed the changes we'd made. In fact, that's why the CEO was calling me: an active and passionate member of the website's community, someone irked by our alterations, had found his home phone number and called him directly to protest. And he wanted me to intervene.

For some time, I'd known that working with audiences for digital websites differed dramatically from working with audiences for more traditional, print publications. In the late 1990s, I was the publisher at InfoWorld. And after that, I worked with the TechRepublic team, where I helped build one of the first community-focused news sites on the Net. I did the same at IT Business Edge, my next venture.

Now here I was again, faced once more with what I'd come to recognize as an incontrovertible truth: When you run a digital publication, you're not simply serving an audience. You're participating in a community.

And that makes quite a difference.

In the pre-Internet era, approaching an audience was fairly straightforward. You'd simply select a segment of the market you wanted to reach, choose content that's important to that segment, tailor it for them, and then serve it to them. Publishing veterans know this as the "controlled circulation" method. It's rather scientific and "top-down." Over the years, we'd gotten pretty good at it.

But digital audiences can be vastly different. The ones I'd helped build certainly were. Communities gathered around websites often take responsibility for generating not only the sites' content, but also their rules, norms, and etiquette. They feel intensely invested in the websites' offerings, cultures, and reputations. And they react strongly when they feel something—or someone—has threatened these things.

Many years of working with the communities that surround high-profile online media have taught me several important lessons about leading them:

That last point is especially crucial. I wish I'd taken it to heart when working on that website redesign—because I called that angry reader back. We talked for quite a while, as a matter of fact. And the more we chatted, the more something became clear to me: We'd failed to help our community understand the context for the changes we wanted to make.

The reality was this: the website needed to be economically viable so it could sustain itself and remain the place its readers knew and loved (after all, running servers costs money). But we should have communicated this to our community and asked for their help developing a solution. We should have drawn key contributors into our planning process and made changes even more incrementally, continually checking in with our community along the way. Instead, we temporarily forgot the difference between serving an audience and assisting a community, and our readers let us know it.

The call ended well, but I still haven't forgotten about it. It continues to remind me just how much audiences today are different from audiences of the past. For one thing, they're certainly not afraid to tell you what they think—even if you're the CEO.

Forget that, and you'd better be ready to spend some time on the telephone. 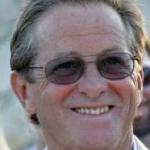 Phil Branon is a highly-regarded digital media and data services executive, entrepreneur and advisor with a proven track record of building and selling two successful media start-ups, as well as accelerating the growth of high-profile businesses in larger established organizations.  He is actively involved in today’s dynamic digital media and data services industries—as an operational executive
More about me