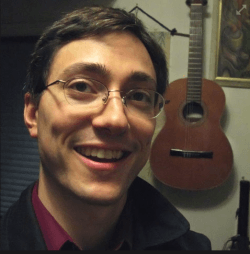 As a music teacher, I promote free/libre/open software (and music and educational material too!) to my students. In some cases (such as a full switch to GNU/Linux), this can…

If you're a programmer, you'll find GNU/Linux systems quite powerful and robust. When it comes to areas like visual arts, video, business, or gaming, you'll find some tools…

If proprietary developers of end-user software don't know the problems themselves (are fixing other people's problems), then obviously it's possible to successfully develop software that isn't scratching one's own itch. If proprietary developers are also scratching their own itches (certainly often the case), then the whole premise fails to describe why FLO end-user software does worse.

There are lots of complex issues (primarily economic but many other factors too). We won't successfully identify them by asking merely, "what is different between back-end/upstream/dev-centric FLO and end-user-focused FLO?", we need to ask "what does proprietary end-user software have that FLO end-user software lacks?" The most obvious answer is: an economic model to pay full-time teams to work on the software.

If you look dollar-for-dollar going into the development of end-user software, the advantage of proprietary software disappears. Given the same funding, proprietary software doesn't produce better end-user results. Does back-end FLO software do better with *less* funding than proprietary? In some cases, yes. But as an overall trend, funding is a decisive factor in back-end software too. The strongest FLO software is well-funded, even when we're talking about dev-centric software that started as itch-scratching.

Sure, the participation of non-programmers would make a huge difference, but the main issue is economic.

Actually, although it has no force of law any more since OSI abandoned the trademark, "open source" has a really specific definition, unlike "all natural".

Also, "at no cost" is irrelevant here, as "free" means "freedom" not price.