* Want to know what others like you think about the ban? Scroll through the zillions of Slashdot and Reddit comments.

* Finally, I smiled at Jolie O'Dell's brief post in VentureBeat, in which she writes, "Time to bust out the champagne*, neckbeards!" She later clarifies at the bottom of the post: "*Just kidding. We know you drink craft brews, not champagne." 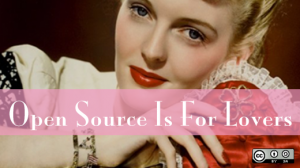 How to check free disk space in Linux

Go Aotearoa! (Not that this makes up for the recent GCSB related shenanigans.) ANZAC Biscuits for everyone! You'll have to 'compile' your own though. ;-)

It's good to know that the New Zealand government cannot be bribed by big companies with lots of money, like they are in the USA. Let's hope this sets the bar for other countries to follow.

Big thumbs up to new zealand

Bravo New Zealand! Here's to showing the World that there's "another" way to get things DONE!