Great leaders are comfortable with who they are 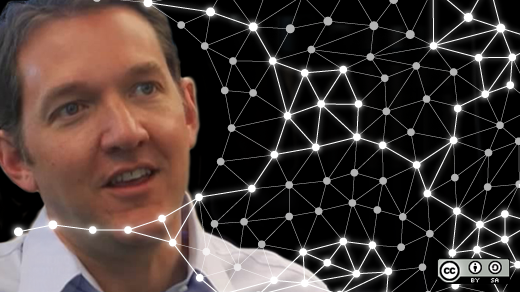 Over the last 25 years of my career—from serving as a partner at the Boston Consulting Group (BCG), to my time at Delta Air Lines, to my current role as president and CEO of Red Hat—I've been exposed to my fair share of leaders. I've learned that leaders and leadership styles can vary greatly depending on the company culture, industry and size, but there's one commonality I've noticed among all of them: to be effective, leaders must be respected.

Sometimes people aspire for a title within their company because they believe title alone will result in respect from their peers. Of course, based on implied hierarchy, people will be likely to accept your direction and listen to you, but to me, this is not true leadership. True leadership is based on respect, not titles, and can be shown at any level of an organization. In truth, nobody respects a position. People respect people. By watching leaders around me, I've gleaned a few important takeaways about both leadership and respect that are worth sharing.

Respect has to be earned

In today's workforce, creativity is a critical skill. I strive every day at Red Hat to be a catalyst with our associates to fuel and spark their creativity and not stifle it by simply telling people what to do. At Red Hat, where we believe in meritocracy and celebrating the best ideas no matter where they come from in the organization, that wouldn't work. To earn respect, leaders need to do three things.

First, you have to show passion. Whether it's in the mission of the company and/or individual projects, a leader has to be passionate. They have to show their commitment and interest in driving both personal and team initiatives. At Red Hat, our mission is to be the catalyst in communities of customers, contributors, and partners creating better technology the open source way. The most respected and influential people at Red Hat are those who show passion for our mission and live it every day. A leader cannot begin to earn respect from their teams if they are not passionate about their job.

Second, leaders must demonstrate confidence. Occasionally, individuals are put into leadership positions but lack confidence. Colleagues will typically sense this lack of confidence and may question their authority and ability. Leadership requires confidence (not to be confused with cockiness). It's a trait people respect and look for in their leaders. People want to be led by people who believe they can achieve their goals, and better yet, help their collective team to succeed. Leaders must display competence and confidence to help encourage those same beliefs in their teams about themselves.

Lastly, leaders have to engage their people. They cannot simply command others in a meeting and walk away expecting everything to happen as they ordered. Leaders are consistently engaged, interact with teammates, and supportive. They have to show that they are open to others and their ideas, and available if needed. Leaders get the best out of the people around them, whether we're talking about team leadership, or leadership among peers. Leaders inspire others. The best team leaders I've seen catalyze their team's direction and give them the freedom to do their job even better than they could have imagined.

It starts with being comfortable with who you are. Positional leaders who lack the confidence I discussed earlier close themselves off and frequently use tactics--including avoiding engagement--to hide their insecurities instead of embracing and being open about their personal limitations. When I was first hired by Delta to serve as Treasurer, it was a role that was rather foreign to me. I had deep knowledge of finance strategy but I didn't know anything about the skills needed to be a treasurer. So, when I arrived at Delta, I was open with my team. I shared both my strengths and weaknesses. I was honest with them, and in turn, they were honest with me. Collectively, this enabled us to best leverage our team's strengths, leading to our team success. Beyond success on a single project, we built a foundation of mutual trust and respect, which led us to many additional future successes and a wonderful work environment.

This is very inspiring article. As a associate like me, this provided insight on how to be a good leader someday and as of now I will learn from the leaders around me. No matter if they suck or not. All mistakes are capable of teaching something.

Well said sir. I wish even a small bit of this would trickle down to the manufacturing and trades industries which tend to be ruled by Frick clones.

Jim:
Great Leadership article! we could sure use your leadership back at Delta! The distrust of management and lack of leadership has never been worse! Richard Anderson fails your leadership test miserably! Delta needs you as CEO. If you have the opportunity , please come back. We all miss you! Your leadership style was on the level of Mr. Woolman and Dave Garrett--The best!! We all miss you and wish you the best; but we hope to be, "WORKING FOR YOU AGAIN AT DELTA!"
Best--LLR