How to run DOS programs in Linux

QEMU and FreeDOS make it easy to run old DOS programs under Linux.

The classic DOS operating system supported a lot of great applications: word processors, spreadsheets, games, and other programs. Just because an application is old doesn't mean it's no longer useful.

There are many reasons to run an old DOS application today. Maybe to extract a report from a legacy business application. Or to play a classic DOS game. Or just because you are curious about "classic computing." You don't need to dual-boot your system to run DOS programs. Instead, you can run them right inside Linux with the help of a PC emulator and FreeDOS.

FreeDOS is a complete, free, DOS-compatible operating system that you can use to play classic DOS games, run legacy business software, or develop embedded systems. Any program that works on MS-DOS should also run on FreeDOS.

In the "old days," you installed DOS as the sole operating system on a computer. These days, it's much easier to install DOS in a virtual machine running under Linux. QEMU (short for Quick EMUlator) is an open source software virtual machine system that can run DOS as a "guest" operating system Linux. Most popular Linux systems include QEMU by default.

Step 1: Set up a virtual disk

You'll need a place to install FreeDOS inside QEMU, and for that you'll need a virtual C: drive. In DOS, drives are assigned with letters—A: and B: are the first and second floppy disk drives and C: is the first hard drive. Other media, including other hard drives or CD-ROM drives, are assigned D:, E:, and so on.

Under QEMU, virtual drives are image files. To initialize a file that you can use as a virtual C: drive, use the qemu-img command. To create an image file that's about 200MB, type this:

Compared to modern computing, 200MB may seem small, but in the early 1990s, 200MB was pretty big. That's more than enough to install and run DOS.

Unlike PC emulator systems like VMware or VirtualBox, you need to "build" your virtual system by instructing QEMU to add each component of the virtual machine. Although this may seem laborious, it's really not that hard. Here are the parameters I use to boot FreeDOS inside QEMU:

Now that QEMU is set up to run a virtual system, we need a version of DOS to install and boot inside that virtual computer. FreeDOS makes this easy. The latest version is FreeDOS 1.2, released in December 2016.

Installing FreeDOS is simple. First, tell QEMU to use the CD-ROM image and to boot from that. Remember that the C: drive is the first hard drive, so the CD-ROM will show up as the D: drive.

Just follow the prompts, and you'll have FreeDOS installed within minutes. 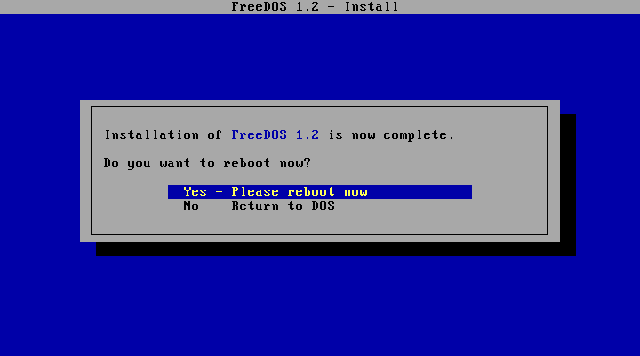 After you've finished, exit QEMU by closing the window.

Once you have installed FreeDOS, you can run different DOS applications inside QEMU. You can find old DOS programs online through various archives or other websites.

QEMU provides an easy way to access local files on Linux. Let's say you want to share the dosfiles/ folder with QEMU. Simply tell QEMU to use the folder as a virtual FAT drive by using the -drive option. QEMU will access this folder as though it were a hard drive.

Now, start QEMU with your regular options, plus the extra virtual FAT drive:

Once you're booted in FreeDOS, any files you save to the D: drive will be saved to the dosfiles/ folder on Linux. This makes reading the files directly from Linux easy; however, be careful not to change the dosfiles/ folder from Linux after starting QEMU. QEMU builds a virtual FAT table once, when you start QEMU. If you add or delete files in dosfiles/ after you start QEMU, the emulator may become confused.

I use QEMU like this to run my favorite DOS programs, like the As-Easy-As spreadsheet program. This was a popular spreadsheet application from the 1980s and 1990s, which does the same job that Microsoft Excel and LibreOffice Calc fulfill today, or that the more expensive Lotus 1-2-3 spreadsheet did back in the day. As-Easy-As and Lotus 1-2-3 both saved data as WKS files, which newer versions of Microsoft Excel cannot read, but which LibreOffice Calc may still support, depending on compatibility. 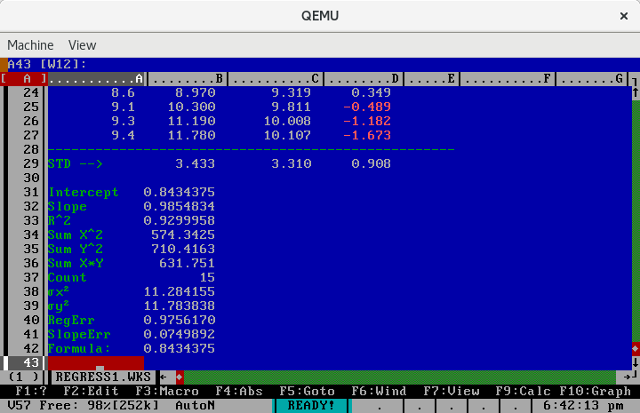 I also like to boot FreeDOS under QEMU to play some of my favorite DOS games, like the original Doom. These old games are still fun to play, and they all run great under QEMU. 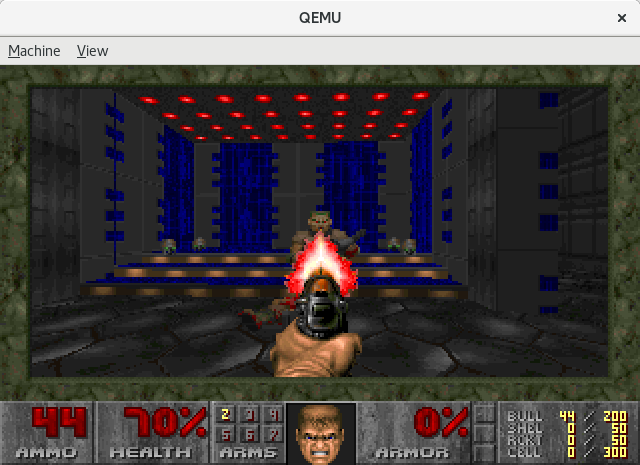 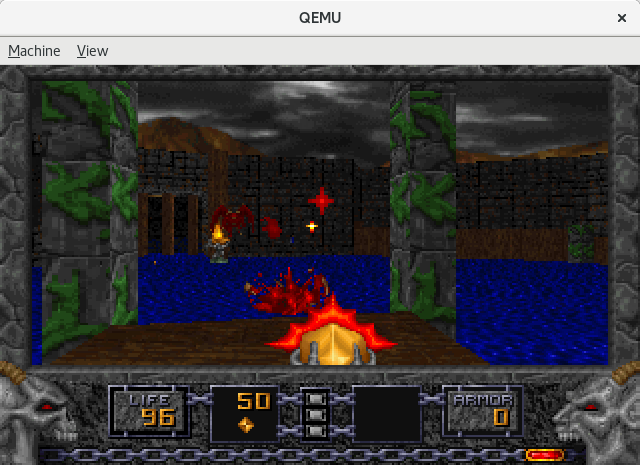 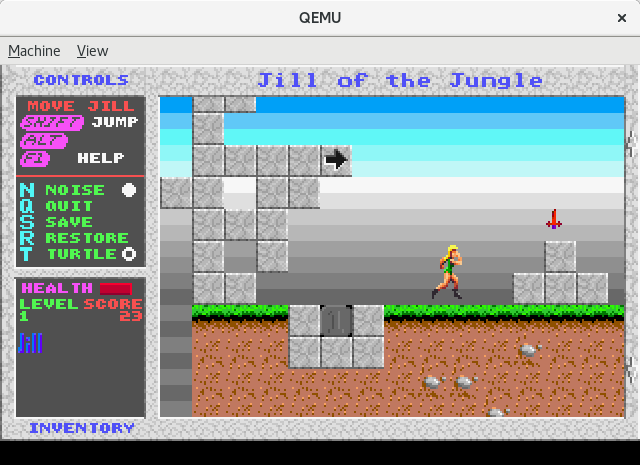 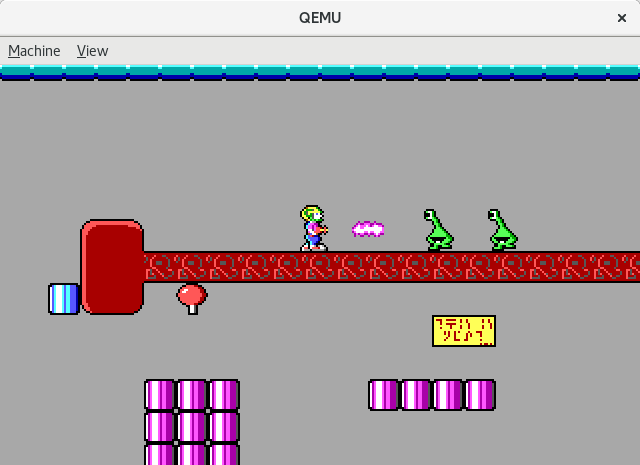 QEMU and FreeDOS make it easy to run old DOS programs under Linux. Once you've set up QEMU as the virtual machine emulator and installed FreeDOS, you should be all set to run your favorite classic DOS programs from Linux.

All images courtesy of FreeDOS.org.