Build a clock for your entertainment center with a Raspberry Pi

Yes, you can order a cheap clock from anywhere. But isn't this more fun? I'm a cord cutter—one of the many people who have canceled their expensive cable channel subscription and switched to cheaper, legal, alternative methods to get their TV entertainment. Just a few hours after I returned my cable set-top box, it became clear I had a gap to fill. The clock that was part of my cable box, sitting underneath my TV, was gone, and I never realized how much I used it until now!

Sure, I could have ordered a cheap clock from somewhere, but wouldn't it be more fun to create my own using a Raspberry Pi? I thought so too! This endeavor was not necessarily about saving money; it was more about playing around with Linux and the Raspberry Pi to solve a little problem at home.

A couple of years ago, I created a portable streaming camera with a Raspberry Pi 2 and a touch screen LCD. I still had the hardware and wasn't using it for anything, so I decided to repurpose it into a clock for my entertainment center.

I had another decision to make, first: What clock application should I use? Should I write my own? Or find something that's already out there? Even though I am sure writing the app would have been pretty simple, I decided to use Clock Tab. The two main reasons I decided on Clock Tab were: 1) I could change its appearance on runtime, and 2) it was already done. I AM LAZY (sometimes)! But note that this choice requires continual connection to the internet.

Next, I had to figure out a way to get a browser to start up in kiosk mode so Clock Tab could take over the entire screen and look like a dedicated clock. After a little research, I decided to go with the mFull plugin for Firefox. (Note: the Raspbian/Debian version of Firefox is called Iceweasel). 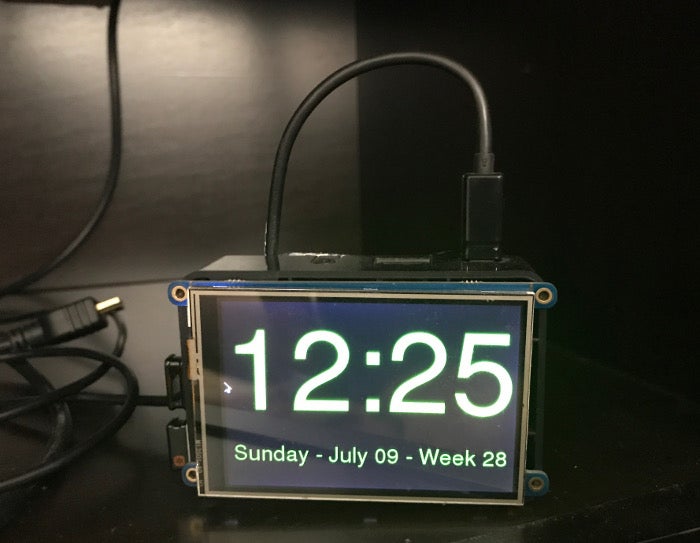 Now that I had the clock ready to go, I had two more issues to solve. First, I wanted my Raspberry Pi to auto-start the clock at boot. To do that, I had to update the .config/lxsession/LXDE-pi/autostart file and call the following very simple shell script I wrote to start up the clock.

I called this script START-CLOCK.sh, so I had to add @/home/pi/Desktop/START-CLOCK.sh to the .config/lxsession/LXDE-pi/autostart file to make it automatically start.

The second issue was that, after a few days running, Firefox would quit (memory leak?), and I would have to manually restart the clock. I didn't investigate the cause of the issue, but I went ahead and created a Cron job that runs START-CLOCK.sh every day. I included the pkill -9 iceweasel command in the Bash script above to terminate old instances of Iceweasel and bring up a fresh copy.

To configure the Cron job, make sure you're logged in as the user "pi" and run:

By default, Raspberry Pi will automatically log in as the user "pi" after it boots. If you want to run this as a different user or have disabled auto-login, you can change the autologin-user setting in the /etc/lightdm/lightdm.conf file. 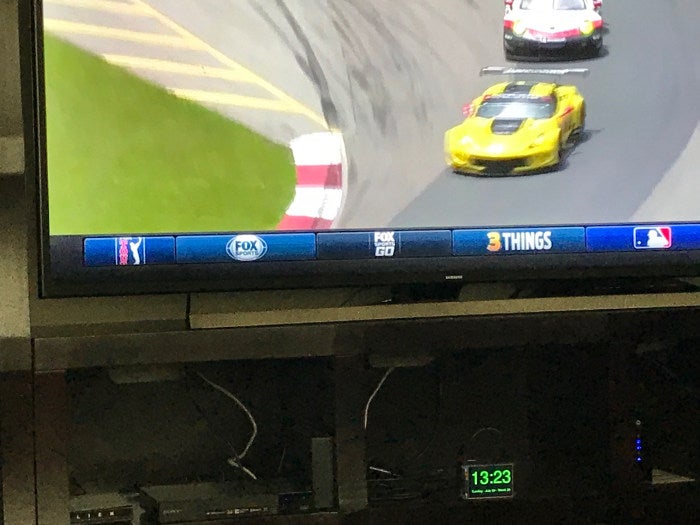 And that's pretty much it. With just an LCD screen, an internet connection, a Firefox plugin, and a script to auto-start the application, I solved the major gap created by returning my cable set-top box to the provider. And now, as I sit and enjoy cheaper entertainment services on my TV, I always know what time it is.