How a proxy is bringing banned Wikipedia to Turkey 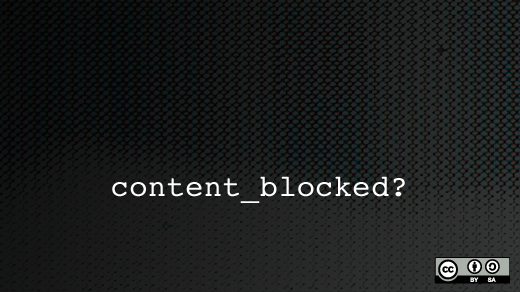 On April 29, Turkish authorities banned access to Turkish Wikipedia and the other 296 world-language Wikipedias in the context of purges following the 2016 Turkish coup d'état attempt. A couple of weeks later, Cristian Consonni, a Wikipedia editor from Italy, created WikiMirror, a project that allows anyone to access Wikipedia from a proxy site. 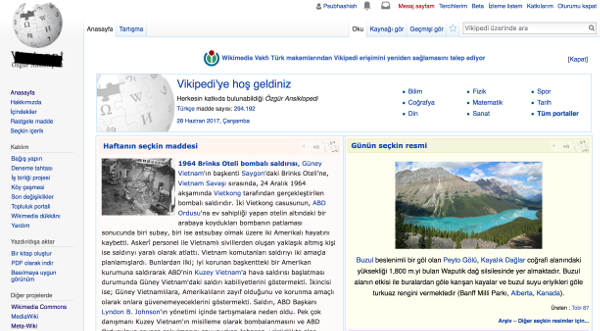 A report on TurkeyBlocks.org says Turkey's Information and Communications Technology Authority decided to block Wikipedia based on technical analysis and legal considerations. A New York Times article called the ban "a crackdown on dissent and free expression." 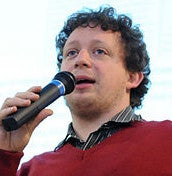 Cristian's website is just one proxy site, but the original source code he created for WikiMirror is available on GitHub under an open license. If his site gets blocked, anyone can create a proxy site to access Wikipedia.

In my OpenSpeaks podcast on May 21, I spoke with Cristian to learn more about WikiMirror. Our interview has been edited for clarity, but you can stream or download the full podcast.

Subhashish Panigrahi: Can you share how you made Turkish Wikipedia available?

Cristian Consonni: It's pretty simple, actually, because it is not a complete copy of the Turkish Wikipedia, but just a proxy site that allows you to access the same content via a different URL. The articles are from the actual Wikipedia. The way it works is simple. When you go to the proxy URL, the server just redirects your request to the real Wikipedia. You don't have to install a VPN or anything else.

SP: What does WikiMirror do? How did you start it?

CC: I was looking for a solution to bring access to Wikipedia to Turkish Wikipedia readers, and I came across this tweet from Matt Holt that led me to Caddy Web Server, an open source project that allows someone to host sites securely. I forked and tweaked it for my own purpose to set this proxy site up.

SP: What limitations have you found?

What to read next
Tags
Government
Subhashish Panigrahi