Scaling up your infrastructure is especially challenging when the next data center is on another continent.

The main reason Instagram wants to scale its infrastructure to the other side of the ocean is that we have run out of space in the United States. As the service continues to grow, Instagram has reached a point in which we need to consider leveraging Facebook's data centers in Europe. An added bonus: Local data centers will mean lower latency for European users, which will create a better user experience on Instagram.

In 2015, Instagram scaled its infrastructure from one to three data centers to deliver much-needed resiliency—our engineering team didn't want to relive the AWS disaster of 2012 when a huge storm in Virginia brought down nearly half of its instances. Scaling from three to five data centers was trivial; we simply increased the replication factor and duplicated data to the new regions; however, scaling up is more difficult when the next data center lives on another continent.

Infrastructure can generally be separated into two types:

Everyone loves stateless services—they're easy to deploy and scale, and you can spin them up whenever and wherever as you need them. The truth is we also need stateful services like Cassandra to store user data. Running Cassandra with too many copies not only increases the complexity of maintaining the database; it's also a waste of capacity, not to mention having quorum requests travel across the ocean is just…slow.

Instagram also uses TAO, a distributed data store for the social graph, as data storage. We run TAO as a single master per shard, and no slave updates the shard for any write request. It forwards all writes to the shard's master region. Because all writes happen in the master region (which lives in the United States), the write latency is unbearable in Europe. You may notice that our problem is basically the speed of light.

Can we reduce the time it takes a request to travel across the ocean (or even make the round trip disappear)? Here are two ways we can solve this problem.

For example, imagine there are five data centers in the United States and three data centers in the European Union. If we deploy Cassandra in Europe by duplicating the current clusters, the replication factor will be eight and quorum requests must talk to five out of eight replicas.

Restrict TAO to write to local

Although different services may have different bottlenecks, by focusing on the idea of reducing or removing cross-ocean traffic, we can tackle problems one by one.

As in every infrastructure project, we've learned some important lessons along the way. Here are some of the main ones.

Don't rush into a new project. Before you start to provision servers in a new data center, make sure you understand why you need to deploy your service in a new region, what the dependencies are, and how things will work when the new region comes into play. Also, don't forget to revisit your disaster recovery plans and make any necessary changes.

Don't underestimate complexity. Always build into your schedule enough time to make mistakes, find unplanned blockers, and learn new dependencies that you didn't know about. You may find yourself on a path that would inadvertently restructure how your infrastructure was built.

Know your trade-offs. Things always come with a price. When we partitioned our Cassandra database, we saved lots of storage space by reducing the replication factor. However, to make sure each partition was still ready to face a disaster, we needed more Django capacity in the front to accept traffic from a failing region because now partitions can't share capacity with each other.

Be patient. Along the way of turning up the European data centers, I don't remember how many times we said, "Oh, crud!" But things always get sorted out, eventually. It might take longer than you expect, but have patience and work together as a team—it's a super-fun journey.

Sherry Xiao will present Cross Atlantic: Scaling Instagram Infrastructure from US to Europe at LISA18, October 29-31 in Nashville, Tenn.

What to read next
Tags
LISA
Sysadmin
Programming
Sherry Xiao 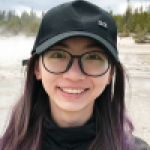 Providing love and care for Instagram servers.
More about me