Add logic to the command line with control operators in compound commands. 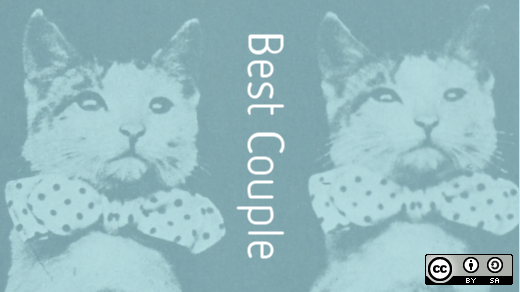 Simple compound commands—such as stringing several commands together in a sequence on the command line—are used often. Such commands are separated by semicolons, which define the end of a command. To create a simple series of shell commands on a single line, simply separate each command using a semicolon, like this:

You don't need to add a final semicolon because pressing the Enter key implies the end of the final command, but it's fine to add it for consistency.

All the commands will run without a problem—as long as no error occurs. But what happens if an error happens? We can anticipate and allow for errors using the && and || control operators built into Bash. These two control operators provide some flow control and enable us to alter the code-execution sequence. The semicolon and the newline character are also considered to be Bash control operators.

The && operator simply says "if command1 is successful, then run command2." If command1 fails for any reason, command2 won't run. That syntax looks like:

The Bash shell's $? variable can be checked very easily by a script, by the next command in a list of commands, or even directly by a sysadmin. Let's look at RCs. We can run a simple command and immediately check the RC, which will always pertain to the last command that ran.

This RC is 0, which means the command completed successfully. Now try the same command on a directory where we don't have permissions.

This RC's meaning can be found in the ls command's man page.

Let's try the && control operator as it might be used in a command-line program. We'll start with something simple: Create a new directory and, if that is successful, create a new file in it.

Create a new directory in ~/testdir, which should be empty because you just created it, and then create a new, empty file in that new directory. The following command will do those tasks.

We know everything worked as it should because the testdir directory is accessible and writable. Change the permissions on testdir so it is no longer accessible to the user student as follows:

Using the grep command after the long list (ll) shows the listing for testdir. You can see that the user student no longer has access to the testdir directory. Now let's run almost the same command as before but change it to create a different directory name inside testdir.

Although we received an error message, using the && control operator prevents the touch command from running because there was an error in creating testdir3. This type of command-line logical flow control can prevent errors from compounding and making a real mess of things. But let's make it a little more complicated.

The || control operator allows us to add another command that executes when the initial program statement returns a code larger than zero.

Our compound command syntax using flow control takes this general form when we use the && and || control operators:

These flow-control operators can make working at the command line more efficient by handling decisions and letting us know when a problem has occurred. I use them directly on the command line as well as in scripts.

You can clean up as the root user to delete the directory and its contents.

How do you use Bash control operators? Let us know in the comment section.