Set the holiday mood with your Raspberry Pi | Opensource.com

Set the holiday mood with your Raspberry Pi

Dazzle your neighbors with a do-it-yourself holiday light show. Here are top new features of LightShowPi. 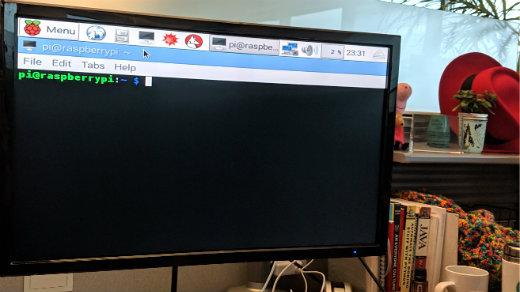 About three years ago, I shared an article on how to create a musical light show with the Raspberry Pi. I followed up a few months later with SSH into your Christmas tree with Raspberry Pi. A few things have changed since then, and this article is an update to the two originals.

More on Raspberry Pi
Due to the popularity of my first article, I had several opportunities to take my musical light show on the road. On at least three occasions, I was able to share the show with kids, teens, and adults in North Carolina, walking them through it to demonstrate how it all works. These were gratifying experiences, and I hoped they helped educate more people about the power of open source.

My boss at the time (and current friend) joined the challenge, taking his musical light show to a whole new level at Christmastime. He built on the fundamentals and principles described in my articles to create a complete outdoor Christmas light show at his house. People would pull into his driveway, tune into an FM frequency broadcasting holiday music, and enjoy the festive spectacle. 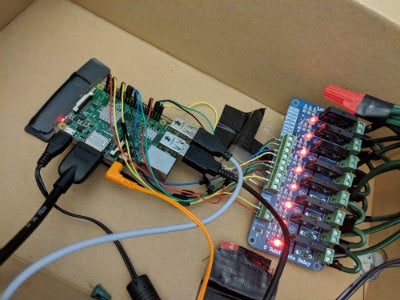 If you read my original articles, you might recall the main project that makes the light show possible: LightShowPi. Its developers generally do a major release once a year, and since the original article's publication in 2015, they have since released versions 1.2, 1.3, and last month, 1.4. 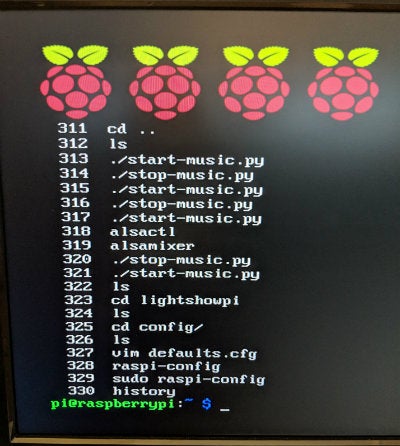 From the Changelog, here are some improvements to LightShowPi that have been added in the past two years:

I’ve highlighted in bold some of the most interesting new features and improvements added in the past few years. The web interface can be helpful for those who are not familiar with the Linux CLI, and performance has definitely improved over the years. I'm especially pleased that new patterns for the lights have been added, and I hope to try them out soon.

Finally, and probably most importantly, the LightshowPi community was built around Google+, but with its upcoming expedited demise, the LightShowPi developers have announced they are moving to Reddit for support and community collaboration. I cannot stress enough how helpful this community was when I first started putting my light show together three years ago, and it is great to see they will continue in a different location.

I hope everyone has a great holiday season, and to everyone who observes it, Merry Christmas!