Create your own musical light show with Raspberry Pi

Last Thanksgiving, I took some time off from work and was looking for a fun project to work on during my downtime. I decided to check out Raspberry Pi. After a quick search on Amazon, I ordered the CanaKit Raspberry Pi B+ Ultimate Starter Kit. 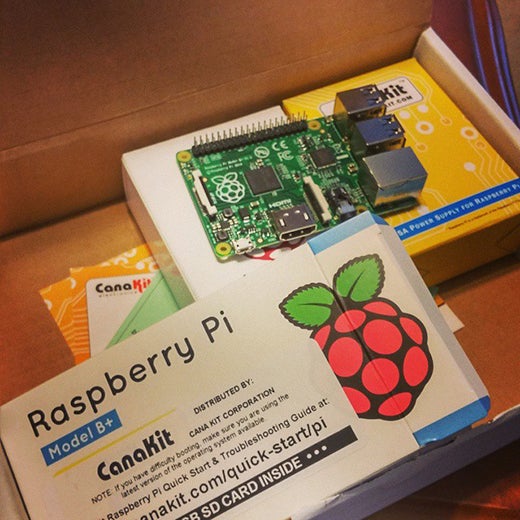 The kit arrived the Friday before Thanksgiving, and I wasted no time getting to work. I didn't need another computer running Linux at home, so my interest in the Raspberry Pi focused on what its hardware could offer that my laptops couldn't.

When I unboxed the kit and saw all the LEDs and wires that came with it, the first thing that came to mind was Osborne Family Spectacle of Dancing Lights at Disney's Hollywood Studios. I had no idea if I'd be able to get the Pi to light up any of those LEDs, but if I could just understand how to make software interact with hardware at this level, my investment would be worth it.

First, being completely biased to anything Fedora or Red Hat-based, I decided to use NOOBS to install Pidora. But as cool as the Fedora spinoff was, I quickly realized it wasn't the Linux distribution I needed to make my Christmas light show.

I went with the Raspberry Pi's recommendation and installed Raspbian. It quickly proved itself to be the better distribution for the job for a few reasons: 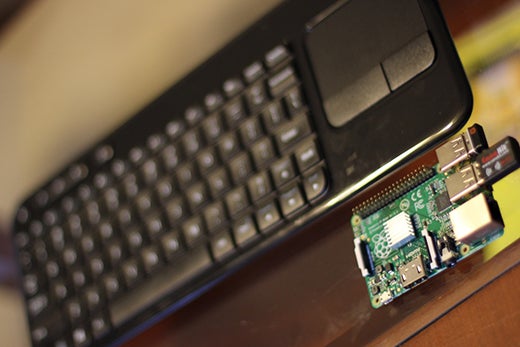 By Friday night, I had the Pi connected to my TV and Wi-Fi. With Raspbian installed, I ran an: apt-get update && apt-get upgrade to update the OS and was ready to dive in to all the extras that came with the kit.

I had learned a little about electricity in high school and college, but never really had a chance to apply that knowledge anywhere else. Terms like "breadboard," "jumper wires," "resistors," "current," and "voltage" weren't foreign to me, but I had very little hands-on experience with them. So, what did I do? Googled them!

First, I used this video to learn about the breadboard, LEDs, and resistors. I then applied that concept to the CanaKit. Here's a video with a quick video I made of how I put it all together:

Now that I had the lights working, the next step was making the LEDs "listen to music" and blink accordingly?

With another Google search and I found an awesome open source project called: LightshowPi. I quickly realized that the idea of an Osborne Family Spectacle of Dancing Lights of my own wasn't such a silly idea after all. After joining the LightshowPi Google+ Community, I read up on a few tips and tricks for setting up my very own light show. 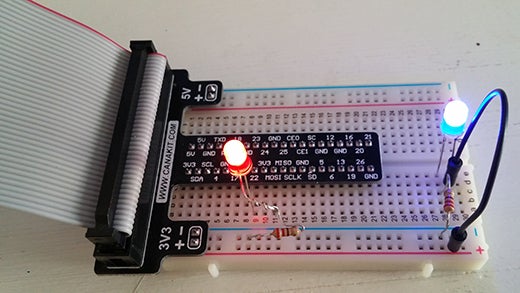 I went ahead and ordered the next part of the puzzle: a Sainsmart eight-channel 5V solid state relay (SSR) module board. It took a couple of weeks to arrive at my doorstep, but when it did I went to the store right away to buy the rest of the materials I needed for my light show.

Once I tested the connection with the board, it was time for me hook up the Christmas lights I was going to put on my Christmas tree. The final result was simply one of the most satisfyingly geeky things I have ever done. For most of December, I left my Raspberry Pi connected to my Christmas tree. With a simple SSH client on my phone, I could easily start/stop the show any time I wanted.

Below is a comprehensive set of steps you can take to make your own:

Note: Make sure you have something to cut the wires with, a small screwdriver to tighten the SSR board slots, electrical tape, and a jackknife.