How insecure is your router?

Your router is your first point of contact with the internet. How much is it increasing your risk? 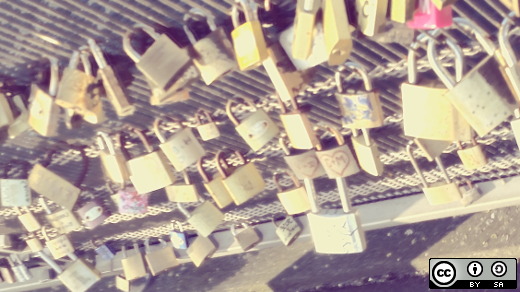 I've always had a problem with the t-shirt that reads, "There's no place like 127.0.0.1." I know you're supposed to read it as "home," but to me, it says, "There's no place like localhost," which just doesn't have the same ring to it. And in this post, I want to talk about something broader: the entry point to your home network, which for most people will be a cable or broadband router.1 The UK and U.S. governments just published advice that "Russia"2 is attacking routers. This attack will be aimed mostly, I suspect, at organisations (see my previous post "What's a state actor, and should I care?"), rather than homes, but it's a useful wake-up call for all of us.

What do routers do?

Routers are important. They provide the link between one network (in this case, our home network) and another one (in this case, the internet, via our ISP's network). In fact, for most of us, the box we think of as "the router"3 is doing a lot more than that. The "routing" bit is what is sounds like; it helps computers on your network find routes to send data to computers outside the network—and vice-versa, for when you're getting data back.

High among a router's other functions, many also perform as a modem. Most of us4 connect to the internet via a phone line—whether cable or standard landline—though there is a growing trend for mobile internet to the home. When you're connecting via a phone line, the signals we use for the internet must be converted to something else and then (at the other end) back again. For those of us old enough to remember the old "dial-up" days, that's what the screechy box next to your computer used to do.

But routers often do more things, sometimes many more things, including traffic logging, acting as a WiFi access point, providing a VPN for external access to your internal network, child access, firewalling, and all the rest.

Home routers are complex things these days; although state actors may not be trying to get into them, other people may.

Does this matter, you ask? Well, if other people can get into your system, they have easy access to attacking your laptops, phones, network drives, and the rest. They can access and delete unprotected personal data. They can plausibly pretend to be you. They can use your network to host illegal data or launch attacks on others. Basically, all the bad things.

Luckily, routers tend to come set up by your ISP, with the implication being that you can leave them, and they'll be nice and safe.

So we're safe, then?

The first problem is that ISPs are working on a budget, and it's in their best interests to provide cheap kit that just does the job. The quality of ISP-provided routers tends to be pretty terrible. It's also high on the list of things to try to attack by malicious actors: If they know that a particular router model is installed in several million homes, there's a great incentive to find an attack, because an attack on that model will be very valuable to them.

Other problems that arise include:

Here's a quick list of steps you can take to try to improve the security of your first hop to the internet. I've tried to order them in terms of ease—simplest first. Before you do any of these, however, save the configuration data so you can bring it back if you need it.

I'd love to pretend that once you've improved the security of your router, all's well and good on your home network, but it's not. What about IoT devices in your home (Alexa, Nest, Ring doorbells, smart lightbulbs, etc.?) What about VPNs to other networks? Malicious hosts via WiFi, malicious apps on your children's phones…?

No, you won't be safe. But, as we've discussed before, although there is no such thing as "secure," it doesn't mean we shouldn't raise the bar and make it harder for the Bad Folks.™