Learn about these open source tools to accelerate artificial intelligence development and interoperability.

Facebook and its partners in the artificial intelligence (AI) community are building open source tools to accelerate AI development and make the ecosystem more interoperable. Following are the latest updates on these initiatives.

The proliferation of different AI frameworks, hardware, and other technologies has made it difficult for developers to build with tools that work together. Open Neural Network Exchange (ONNX), an open specification for representing deep learning models, is aimed at creating a more interoperable ecosystem. It allows developers to easily move models between state-of-the-art tools so they can choose the best combination for their needs.

ONNX launched in September 2017 as a partnership between Facebook, Amazon Web Services (AWS), and Microsoft. It has grown rapidly with the addition of leading technology companies including AMD, ARM, IBM, Intel, NVIDIA, and Qualcomm, as well as BITMAIN, MediaTek, and Preferred Networks.

NVIDIA's TensorRT4 also has a native ONNX parser that provides an easy path to import ONNX models from deep-learning frameworks into TensorRT for optimizing inference on GPUs. These capabilities further bolster updates from AWS, which can serve ONNX models using Model Server for Apache MXNet, and Microsoft's next major update to Windows will allow ONNX models to run natively on hundreds of millions of Windows devices.

In May, Facebook announced PyTorch 1.0, the next version of its open source deep learning platform. It natively supports ONNX as its model export format, allowing developers to build and train models in PyTorch 1.0 that are interoperable with other AI frameworks and hardware platforms such as iOS and Windows devices.

PyTorch 1.0 brings together the research flexibility of the existing PyTorch framework and combines it with the modular, production-oriented capabilities of Caffe2 to provide developers with a fast, seamless path from AI research to production. Facebook currently uses some of this same technology to experiment rapidly and deploy AI breakthroughs to over 2 billion people across the world.

As part of the PyTorch 1.0 deep learning platform, we're also open sourcing many AI tools. These include libraries such as Translate for fast, flexible neural machine translation, as well as machine learning compilers like Glow, which accelerates framework performance on AI-specific hardware platforms.

We're building PyTorch 1.0 in the open, with a beta available in the next few months. We'll also continue to open source new libraries, models, and more to support development in computer vision, language, speech, and reasoning.

Facebook is excited to advance the world's AI with open source tools for developers and joint initiatives that make AI development easier and more open. We are continuing to partner closely with leading technology companies, researchers, and the community, and we encourage you to join and contribute. You can learn more about our work by visiting Facebook's AI developers site. 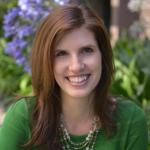 Sarah Bird leads strategic projects to accelerate the adoption and impact of AI research in products at Facebook. Her current work focuses on AI Ethics and developing AI responsibly.
More about me