The Python Software Foundation (PSF) is a nonprofit organization behind the Python programming language. I am fortunate to be a PSF Fellow (honorable member for life,) a Python core developer, and the liaison between my company, Red Hat, and the PSF. Part of that liaison work is providing updates on what’s happening in the Python community. Here’s a look at what we have going on in December.

A significant part of the Python community is its in-person events. These events are where users and contributors intermingle and learn together. Here are the big announcements of upcoming opportunities to connect.

PyCon US is by far the largest annual Python event. The next PyCon is April 15-23, 2020, in Pittsburgh. The call for proposals is open to all until December 20, 2019. I’m planning to attend PyCon for the conference and its famous post-con sprints.

EuroPython is the largest Python conference in Europe with about 1,000 attendees in the last years. EP20 will be held in Dublin, Ireland, July 20-26, 2020. As a liaison for Red Hat, I’m proud to say that Red Hat sponsored EP18 in Edinburgh and donated the sponsoring tickets to Women Who Code Scotland.

PyData is a separate nonprofit related to the Python community through a focus on data science. They host many international events throughout the year, with upcoming events in Austin, Texas, and Warsaw, Poland before the end of the year.

I’d like to highlight the four new fellows from Ghana, who are also the organizers of the first pan-African PyCon Africa, which took place in August 2019 in Accra, Ghana. The Python community in Africa is growing at an amazing speed. PyCon Africa 2020 will be in Accra again, and I’m planning to spend my summer vacation there.

Python used to release a new major version about every 18 months. This timeline will change with the Python 3.9 release. With PEP 602, a new major version of Python will be released annually in October. The new cadence means fewer changes between releases and more predictable release dates. October was chosen to align with Linux distribution releases such as Fedora. Miro Hrončok from the Python maintenance team joined the discussion and has helped to find a convenient release date for us; for more details, please see https://discuss.python.org/t/pep-602-annual-release-cycle-for-python/2296/79?u=ambv.

The Python Steering Council governs the development of Python. It was established after Guido van Rossum stepped down as benevolent dictator for life. Python core developers elect a new steering council for every major Python release. For the upcoming term, nine candidates were nominated for five seats on the council (with Guido being nominated, but withdrawing). See https://www.python.org/dev/peps/pep-8101/ for all the details. Election results are expected to be announced mid-December.

That covers what’s new in the Python community for December. Stay tuned for more updates in the future and mark your calendars for the conferences mentioned above.

Why Python is perfect for startups

So you have a great business idea for a wonderful IT product or service, and you want to build your high tech startup around it. Having the idea is a great start, but you will...

Python 2 will reach its end of life in mere weeks. Here's what to know before you migrate to Python 3. 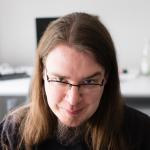