By focusing on business-impacting incidents, CIRT is a more accurate way to gauge ops performance. The game is changing for the IT ops community, which means the rules of the past make less and less sense. Organizations need accurate, understandable, and actionable metrics in the right context to measure operations performance and drive critical business transformation.

The more customers use modern tools and the more variation in the types of incidents they manage, the less sense it makes to smash all those different incidents into one bucket to compute an average resolution time that will represent ops performance, which is what IT has been doing for a long time.

History shows that context is key when analyzing signals to prevent errors and misunderstandings. For example, during the 1980s, Sweden set up a system to analyze hydrophone signals to alert them to Russian submarines in local Sweden waters. The Swedes used an acoustic signature they thought represented a class of Russian submarines—but was actually gas bubbles released by herring when confronted by a potential predator. This misinterpretation of a metric increased tensions between the countries and almost resulted in a war. 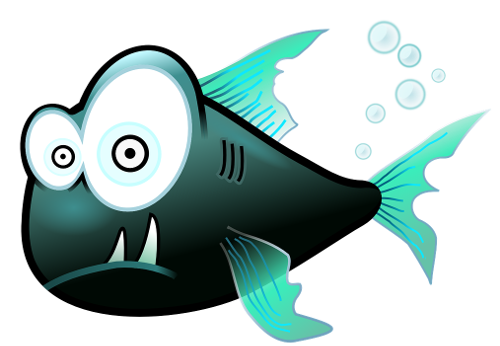 Mean time to resolve (MTTR) is the main ops performance metric operations managers use to gain insight towards achieving their goals. It is an age-old measure based on systems reliability engineering. MTTR has been adopted across many industries, including manufacturing, facility maintenance, and, more recently, IT ops, where it represents the average time it takes to resolve incidents from the time they were created across a given period of time.

MTTR is calculated by dividing the time it takes to resolve all incidents (from the time of incident creation to time of resolution) by the total number of incidents.

MTTR is exactly what it says: It's the average across all incidents. MTTR smears together both high- and low-urgency incidents. It also repetitively counts each separate, ungrouped incident and results in a biased resolve time. It includes manually resolved and auto-resolved incidents in the same context. It mashes together incidents that are tabled for days (or months) after creation or are even completely ignored. Finally, MTTR includes every little transient burst (incidents that are auto-closed in under 120 seconds), which are either noisy non-issues or quickly resolved by a machine. 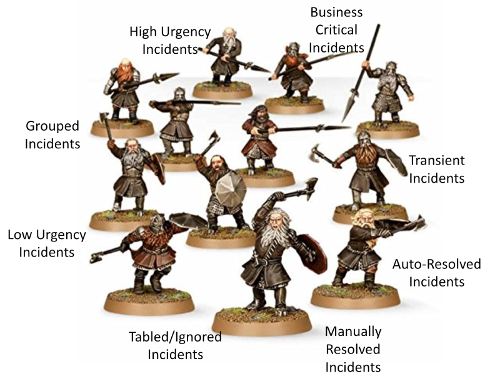 MTTR takes all incidents, regardless of type, throws them into a single bucket, mashes them all together, and calculates an "average" resolution time across the entire set. This overly simplistic method results in a noisy, erroneous, and misleading indication of how operations is performing.

A new way of measuring performance

Critical incident response time (CIRT) is a new, significantly more accurate method to evaluate operations performance. CIRT focuses on the incidents that are most likely to impact business by culling noise from incoming signals using the following techniques:

What effect does applying these assumptions have on response times? In a nutshell, a very, very large effect!

By focusing on ops performance during critical, business-impacting incidents, the resolve-time distribution narrows and shifts greatly to the left, because now it is dealing with similar types of incidents rather than all events.

Because MTTR calculates a much longer, artificially skewed response time, it is a poor indicator of operations performance. CIRT, on the other hand, is an intentional measure focused on the incidents that matter most to business.

An additional critical measure that is wise to use alongside CIRT is the percentage of incidents which are acknowledged and resolved. This is important, as it validates whether the CIRT (or MTTA/MTTR for that matter) is worth utilizing. For example, if an MTTR result is low, say 10 minutes, it sounds great, but if only 42% of incidents are resolved, then that MTTR is suspect.

In summary, CIRT and the percentage of incidents acknowledged and resolved form a valuable set of metrics that give you a much better idea of how your operations are performing. Gauging performance is the first step to improving performance, so these new measures are key to achieving continuous cycles of measurable improvement for your organization.

What to read next
Tags
DevOps
Ophir Ronen

Ophir Ronen is an experienced Internet entrepreneur having started his career as a co-founder of Internap Network Services. He has built five companies since including EE HQ, which PagerDuty acquired in 2015. At PagerDuty, he founded Event Intelligence, the Operations Command Console, and the Operations Health Management Service (OHMS).
More about me
Julie Gunderson 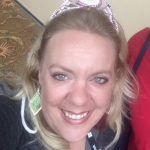 Julie is a DevOps Advocate at PagerDuty. Julie’s infectious optimism and passion for people has naturally led her to cultivating relationships, developing technical communities and fostering empowered mindsets. Julie has been actively involved in the DevOps space for over five years. She is passionate about helping individuals, teams and organizations understand DevOps best practices.
More about me
Justin Kearns 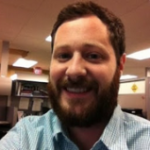 Justin is a Data Scientist at PagerDuty, where he enjoys gleaning insights from the orchestrated human response to digital signals flowing through operations infrastructure.
More about me