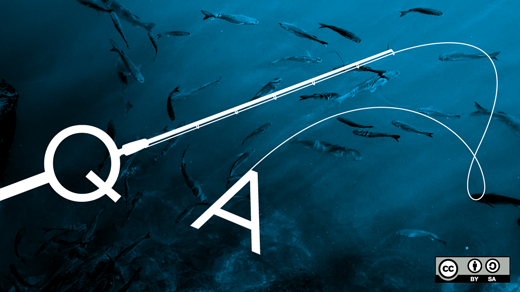 As a geek who always played with computers, a career after my masters in IT was a natural choice. So, I decided the sysadmin path was the right one. In the process of my career, I have grown quite familiar with the job interview process. Here is a look at what to expect, the general career path, and a set of common questions and my answers to them.

Organizations need someone who understands the basics of how a system works so that they can keep their data safe, and keep their services running smoothly. You might ask: "Wait, isn’t there more that a sysadmin can do?"

You are right. Now, in general, let’s look at what might be a typical sysadmin’s day-to-day tasks. Depending on their company’s needs and the person’s skill level, a sysadmin’s tasks vary from managing desktops, laptops, networks, and servers, to designing the organization’s IT policies. Sometimes sysadmins are even in charge of purchasing and placing orders for new IT equipment.

Those seeking system administration as their career paths might find it difficult to keep their skills and knowledge up to date, as rapid changes in the IT field are inevitable. The next natural question that arises out of anyone’s mind is how IT professionals keep up with the latest updates and skills.

Here are some of the more basic questions you will encounter, and my answers:

You can make a process run in the background by adding the special character & at the end of the command. Generally, applications that take too long to execute, and don’t require user interaction are sent to the background so that we can continue our work in the terminal. (Citation)

Running (everything) as root is bad due to two major issues. The first is risk. Nothing prevents you from making a careless mistake when you are logged in as root. If you try to change the system in a potentially harmful way, you need to use sudo, which introduces a pause (while you’re entering the password) to ensure that you aren’t about to make a mistake.

The second reason is security. Systems are harder to hack if you don’t know the admin user’s login information. Having access to root means you already have one half of the working set of admin credentials.

The rm command by itself only deletes the named files (and not directories). With -rf you add two additional features: The -r, -R, or --recursive flag recursively deletes the directory’s contents, including hidden files and subdirectories, and the -f, or --force, flag makes rm ignore nonexistent files, and never prompt for confirmation.

To extract a specific file:

Here are some harder questions you might encounter, and my answers:

A RAID (Redundant Array of Inexpensive Disks) is a technology used to increase the performance and/or reliability of data storage. The RAID levels are:

Router describes the general technical function (layer 3 forwarding), or a hardware device intended for that purpose, while gateway describes the function for the local segment (providing connectivity to elsewhere). You could also state that you "set up a router as a gateway." Another term is hop, which describes forwarding between subnets.

The term default gateway is used to mean the router on your LAN, which has the responsibility of being the first point of contact for traffic to computers outside the LAN.

Kernel messages are always stored in the kmsg buffer, visible via the dmesg command.

Boot issues and errors call for a system administrator to look into certain important files, in conjunction with particular commands, which are each handled differently by different versions of Linux:

Updated Aug 30, 2019 | Editor's note: this answer original said 'a hard link is a mirror copy of the original file,' which is not accurate. Thank you to Bruce Bowen for providing the following answer:

To set the kernel parameters in Unix-like systems, first edit the file /etc/sysctl.conf. After making the changes, save the file and run the sysctl -p command. This command makes the changes permanent without rebooting the machine

The /proc filesystem is virtual, and provides detailed information about the kernel, hardware, and running processes. Since /proc contains virtual files, it is called the virtual file system. These virtual files have unique qualities. Most of them are listed as zero bytes in size.

Virtual files such as /proc/interrupts, /proc/meminfo, /proc/mounts and /proc/partitions provide an up-to-the-moment glimpse of the system’s hardware. Others, such as /proc/filesystems and the /proc/sys directory provide system configuration information and interfaces.

For example, if you were editing the sudoers file (such as /private/etc/sudoers), you might use visudo to add the following:

The toor user is an alternative superuser account, where toor is root spelled backward. It is intended to be used with a non-standard shell, so the default shell for root does not need to change.

This purpose is important. Shells which are not part of the base distribution, but are instead installed from ports or packages, are installed in /usr/local/bin; which, by default, resides on a different file system. If root’s shell is located in /usr/local/bin and the file system containing /usr/local/bin is not mounted, root could not log in to fix a problem, and the sysadmin would have to reboot into single-user mode to enter the shell’s path.

Here are the even more difficult questions you may encounter:

The command tracert—or traceroute depending on the operating system—allows you to see exactly what routers you touch as you move through the chain of connections to your final destination. If you end up with a problem where you can’t connect to or ping your final destination, a tracert can help in that you can tell exactly where the chain of connections stops. (Citation)

With this information, you can contact the correct people; whether it be your own firewall, your ISP, your destination’s ISP, or somewhere in the middle. The tracert command—like ping—uses the ICMP protocol, but also can use the first step of the TCP three-way handshake to send SYN requests for a response.

An advantage of having a chroot environment is that the filesystem is isolated from the physical host, since chroot has a separate filesystem inside your filesystem. The difference is that chroot uses a newly created root (/) as its root directory.

A chroot jail lets you isolate a process and its children from the rest of the system. It should only be used for processes that don’t run as root, as root users can break out of the jail easily.

The idea is that you create a directory tree where you copy or link in all of the system files needed for the process to run. You then use the chroot() system call to tell it the root directory now exists at the base of this new tree, and then start the process running in that chroot’d environment. Since the command then can’t reference paths outside the modified root directory, it can’t perform operations (read, write, etc.) maliciously on those locations. (Citation)

By following the principle of least privileges and these practices:

LVM, or Logical Volume Management, uses a storage device management technology that gives users the power to pool and abstract the physical layout of component storage devices for easier and flexible administration. Using the device mapper Linux kernel framework, the current iteration (LVM2) can be used to gather existing storage devices into groups and allocate logical units from the combined space as needed.

Sticky ports are one of the network administrator’s best friends and worst headaches. They allow you to set up your network so that each port on a switch only permits one (or a number that you specify) computer to connect on that port, by locking it to a particular MAC address.

When trying to communicate with systems on the inside of a secured network, it can be very difficult to do so from the outside—and with good reason. Therefore, the use of a port forwarding table within the router itself, or other connection management device, can allow specific traffic to automatically forward to a particular destination. For example, if you had a web server running on your network and you wanted to grant access to it from the outside, you would set up port forwarding to port 80 on the server in question. This would mean that anyone entering your IP address in a web browser would connect to the server’s website immediately.

Please note, it is usually not recommended to allow access to a server from the outside directly into your network.

This is a fork bomb. It breaks down as follows:

The best way to protect a multi-user system is to use Privileged Access Management (PAM) to limit the number of processes a user can use.

The biggest problem with a fork bomb is the fact it takes up so many processes. So, we have two ways of attempting to fix this if you are already logged into the system. One option is to execute a SIGSTOP command to stop the process, such as:

If you can’t use the command line due to all processes being used, you will have to use exec to force it to run:

With fork bombs, your best option is preventing them from becoming too big of an issue in the first place

If memory is exhaustively used up by processes to the extent that possibly threatens the system’s stability, then the out of memory (OOM) killer comes into the picture.

An OOM killer first has to select the best process(es) to kill. Best here refers to the process which will free up the maximum memory upon being killed, and is also the least important to the system. The primary goal is to kill the least number of processes to minimize the damage done, and at the same time maximize the amount of memory freed.

The higher the value of oom_score for any process, the higher its likelihood is of being killed by the OOM Killer in an out-of-memory situation. (Citation)

System administration salaries have a wide range with some sites mentioning $70,000 to $100,000 a year, depending on the location, the size of the organization, and your education level plus years of experience. In the end, the system administration career path boils down to your interest in working with servers and solving cool problems. Now, I would say go ahead and achieve your dream path.

What to read next
Tags
Sysadmin
Shashank Hegde
I work as a solutions engineer at Red Hat and my day-to-day work involves working with OpenShift and Ansible. I'm highly passionate about open source, cloud, security and networking technologies.
More about me