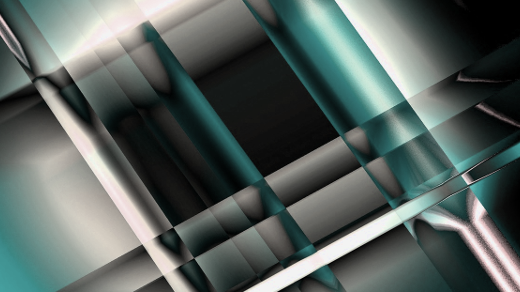 At Citi, there was a separate team that provided dedicated Jenkins pipelines with a stable master-slave node setup, but the environment was only used for quality assurance (QA), staging, and production environments. The development environment was still very manual, and our team needed to automate it to gain as much flexibility as possible while accelerating the development effort. This is the reason we decided to build a CI/CD pipeline for DevOps. And the open source version of Jenkins was the obvious choice due to its flexibility, openness, powerful plugin-capabilities, and ease of use.

In this article, I will share a step-by-step walkthrough on how you can build a CI/CD pipeline using Jenkins.

What is a pipeline?

More DevOps resources
Before jumping into the tutorial, it's helpful to know something about CI/CD pipelines.

To start, it is helpful to know that Jenkins itself is not a pipeline. Just creating a new Jenkins job does not construct a pipeline. Think about Jenkins like a remote control—it's the place you click a button. What happens when you do click a button depends on what the remote is built to control. Jenkins offers a way for other application APIs, software libraries, build tools, etc. to plug into Jenkins, and it executes and automates the tasks. On its own, Jenkins does not perform any functionality but gets more and more powerful as other tools are plugged into it.

A pipeline is a separate concept that refers to the groups of events or jobs that are connected together in a sequence:

A pipeline is a sequence of events or jobs that can be executed.

The easiest way to understand a pipeline is to visualize a sequence of stages, like this: 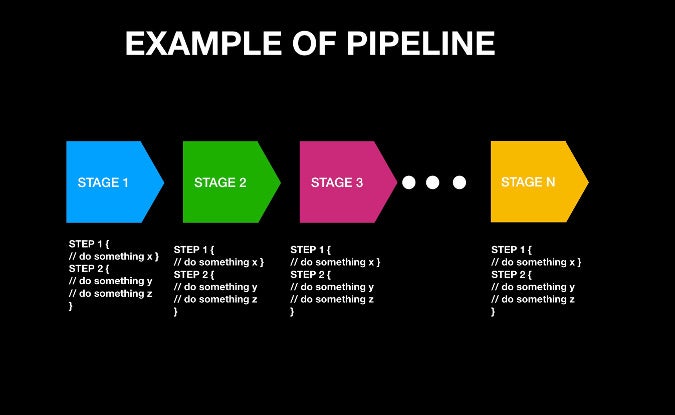 Here, you should see two familiar concepts: Stage and Step.

In the example diagram above, Stage 1 can be named "Build," "Gather Information," or whatever, and a similar idea is applied for the other stage blocks. "Step" simply says what to execute, and this can be a simple print command (e.g., echo "Hello, World"), a program-execution command (e.g., java HelloWorld), a shell-execution command (e.g., chmod 755 Hello), or any other command—as long as it is recognized as an executable command through the Jenkins environment.

It's easy to see the structure of a Jenkins pipeline from this sample script. Note that some commands, like java, javac, and mvn, are not available by default, and they need to be installed and configured through Jenkins. Therefore:

A Jenkins pipeline is the way to execute a Jenkins job sequentially in a defined way by codifying it and structuring it inside multiple blocks that can include multiple steps containing tasks. 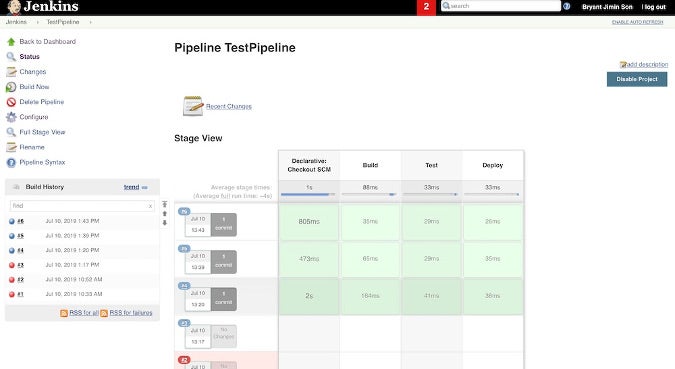 How to build a Jenkins pipeline

To make this tutorial easier to follow, I created a sample GitHub repository and a video tutorial.

Before starting this tutorial, you'll need:

Navigate to the Jenkins download page. Scroll down to Generic Java package (.war) and click on it to download the file; save it someplace where you can locate it easily. (If you choose another Jenkins distribution, the rest of tutorial steps should be pretty much the same, except for Step 2.) The reason to use the WAR file is that it is a one-time executable file that is easily executable and removable. 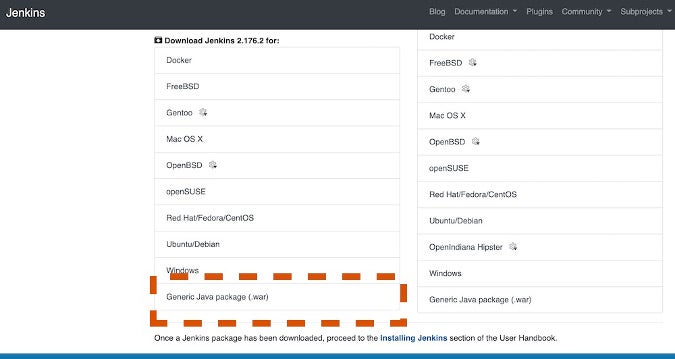 Open a terminal window and enter the directory where you downloaded Jenkins with cd <your path>. (Before you proceed, make sure JDK is installed and added to the environment path.) Execute the following command, which will run the WAR file as an executable binary:

If everything goes smoothly, Jenkins should be up and running at the default port 8080. 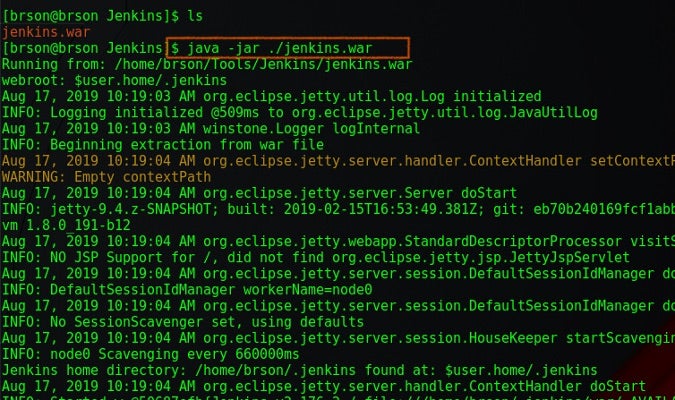 Open a web browser and navigate to localhost:8080. Unless you have a previous Jenkins installation, it should go straight to the Jenkins dashboard. Click Create New Jobs. You can also click New Item on the left. 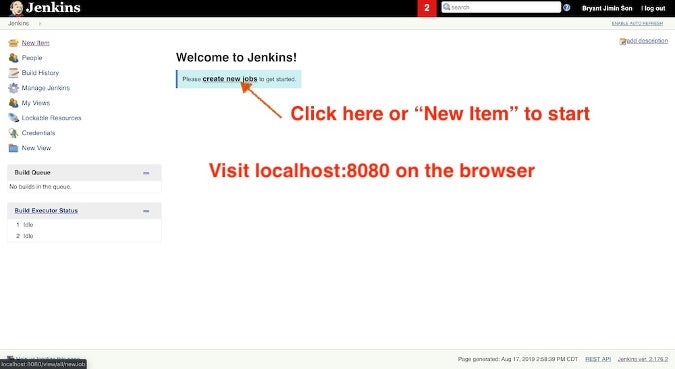 In this step, you can select and define what type of Jenkins job you want to create. Select Pipeline and give it a name (e.g., TestPipeline). Click OK to create a pipeline job. 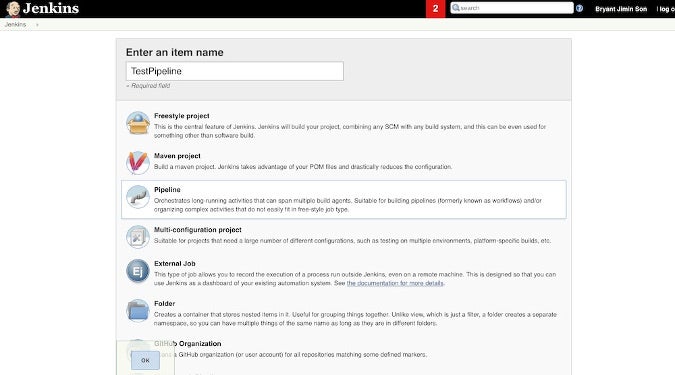 You will see a Jenkins job configuration page. Scroll down to find Pipeline section. There are two ways to execute a Jenkins pipeline. One way is by directly writing a pipeline script on Jenkins, and the other way is by retrieving the Jenkins file from SCM (source control management). We will go through both ways in the next two steps.

Step 5: Configure and execute a pipeline job through a direct script

To execute the pipeline with a direct script, begin by copying the contents of the sample Jenkinsfile from GitHub. Choose Pipeline script as the Destination and paste the Jenkinsfile contents in Script. Spend a little time studying how the Jenkins file is structured. Notice that there are three Stages: Build, Test, and Deploy, which are arbitrary and can be anything. Inside each Stage, there are Steps; in this example, they just print some random messages.

Click Save to keep the changes, and it should automatically take you back to the Job Overview. 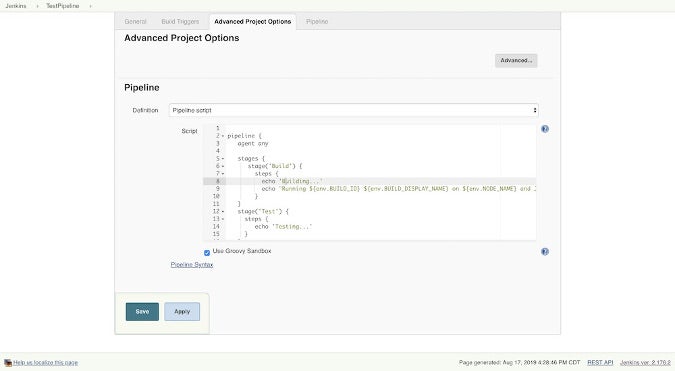 To start the process to build the pipeline, click Build Now. If everything works, you will see your first pipeline (like the one below). 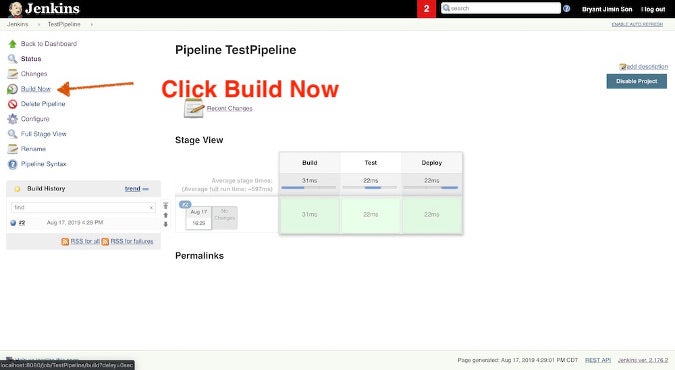 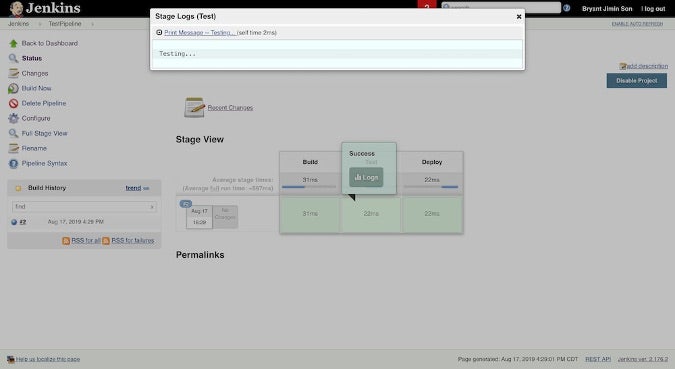 Step 6: Configure and execute a pipeline job with SCM

Now, switch gears: In this step, you will Deploy the same Jenkins job by copying the Jenkinsfile from a source-controlled GitHub. In the same GitHub repository, pick up the repository URL by clicking Clone or download and copying its URL. 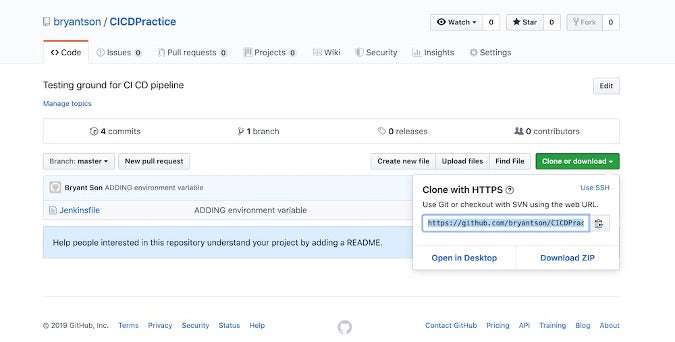 Click Configure to modify the existing job. Scroll to the Advanced Project Options setting, but this time, select the Pipeline script from SCM option in the Destination dropdown. Paste the GitHub repo's URL in the Repository URL, and type Jenkinsfile in the Script Path. Save by clicking the Save button. 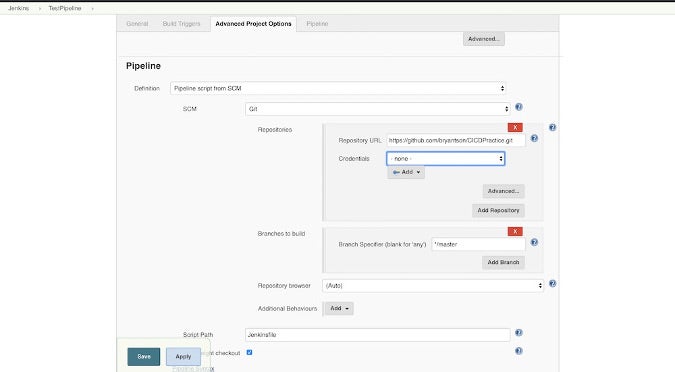 To build the pipeline, once you are back to the Task Overview page, click Build Now to execute the job again. The result will be the same as before, except you have one additional stage called Declaration: Checkout SCM. 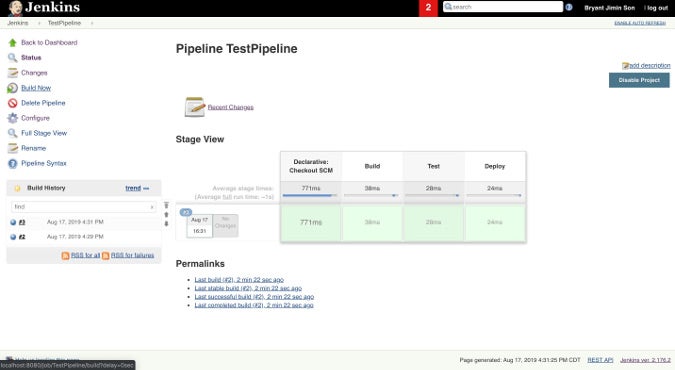 To see the pipeline's output from the SCM build, click the Stage and view the Log to check how the source control cloning process went. 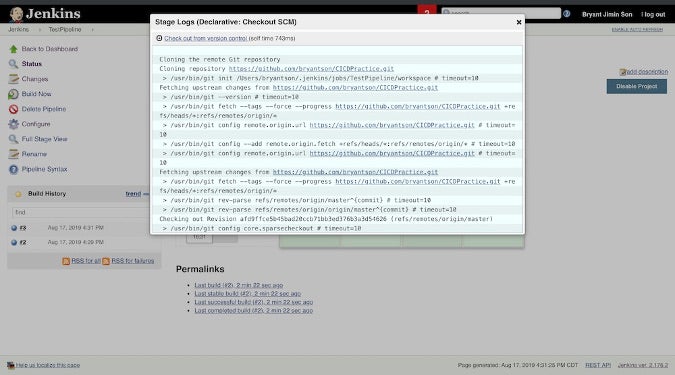 Do more than print messages

"But wait," you say, "this is very limited. I cannot really do anything with it except print dummy messages." That is OK. So far, this tutorial provided just a glimpse of what a Jenkins pipeline can do, but you can extend its capabilities by integrating it with other tools. Here are a few ideas for your next project:

Follow any of the tutorials at the end of this article to get into these more advanced cases. 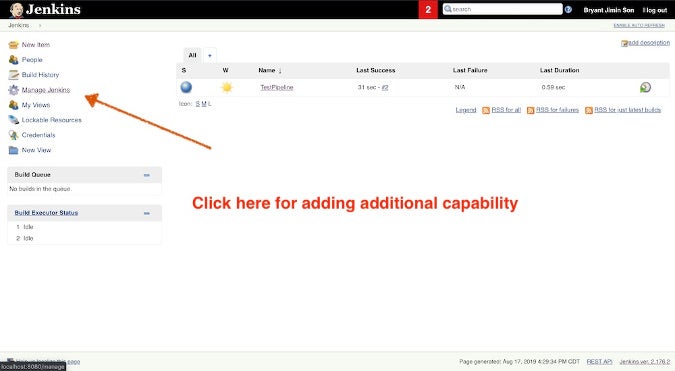 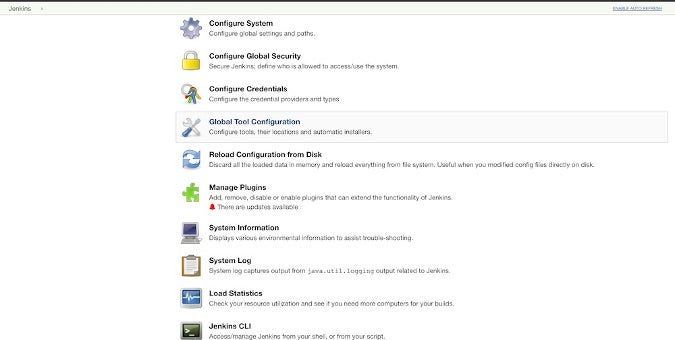 Here, you can add the JDK path, Git, Gradle, and so much more. After you configure a tool, it is just a matter of adding the command into your Jenkinsfile or executing it through your Jenkins script.

This article put you on your way to creating a CI/CD pipeline using Jenkins, a cool open source tool. To find out about many of the other things you can do with Jenkins, check out these other articles on Opensource.com:

You may be interested in some of the other articles I've written to supplement your open source journey:

Bryant Son - Bryant Jimin Son is an Octocat, which not official title but likes to be called that way, at GitHub, a company widely known for hosting most open source projects in the world. At work, he is exploring different git technology, GitHub Actions, GitHub security, etc. Previously, he was a Senior Consultant at Red Hat, a technology company known for its Linux server and opensource contributions. Bryant also worked at Citi Group's Citi Cloud team, building the private Infrastructure as a Service (...
More about me