Use the logic created so far in this series to implement functioning code, then use failure and unit testing to make it better. 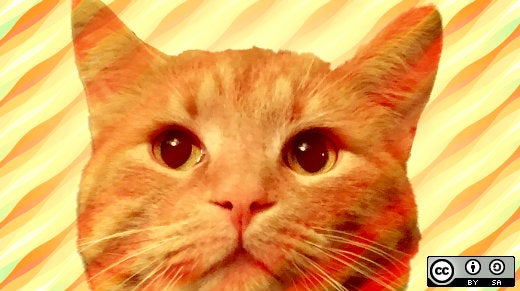 The second article in this series demonstrated how to implement the logic for determining whether it's daylight or nighttime in a home automation system (HAS) application that controls locking and unlocking a cat door. This third article explains how to write code to use that logic in an application that locks a door at night and unlocks it during daylight hours.

As a reminder, set yourself up to follow along using the .NET xUnit.net testing framework by following the instructions here.

Assume the cat door is a sophisticated Internet of Things (IoT) product that has an IP address and can be accessed by sending a request to its API. For the sake of brevity, this series doesn't go into how to program an IoT device; rather, it simulates the service to keep the focus on test-driven development (TDD) and mutation testing.

This describes a brand new component or service (catTrapDoor). That component (or service) has the capability to control the trap door given the current time. Now it's time to implement catTrapDoor.

To simulate this service, you must first describe its capabilities by using the interface. Create a new file in the app folder and name it ICatTrapDoor.cs (by convention, an interface name starts with an uppercase letter I). Add the following code to that file:

To implement the API, create a new file in the app folder and name it FakeCatTrapDoor.cs. Enter the following code into the class file:

This new FakeCatTrapDoor class implements the interface ICatTrapDoor. Its method Control accepts string value dayOrNight and checks whether the value passed in is "Nighttime." If it is, it modifies trapDoorStatus from "Undetermined" to "Cat trap door disabled" and returns that value to the calling client.

Why is it called FakeCatTrapDoor? Because it's not a representation of the real cat trap door. The fake just helps you work out the processing logic. Once your logic is airtight, the fake service is replaced with the real service (this topic is reserved for the discipline of integration testing).

With everything implemented, all the unit tests pass when they run:

It's time to look at the next scenario in our user story:

This should be easy, just the flip side of the first scenario. First, write the failing test. Add the following unit test to your UnitTest1.cs file in the unittest folder:

You can expect to receive a "Cat trap door enabled" notification when sending the "Daylight" status to catTrapDoor service. When you run unit tests, you see the result you expect, which fails as expected:

The unit test expected to receive a "Cat trap door enabled" notification but instead was notified that the cat trap door status is "Undetermined." Cool; now's the time to fix this minor failure.

Adding three lines of code to the FakeCatTrapDoor does the trick:

Run the unit tests again, and all tests pass:

Awesome! Everything looks good, all the unit tests are in green, you have a rock-solid solution. Thank you, TDD!

Experienced engineers would not be convinced that the solution is rock-solid. Why? Because the solution hasn't been mutated yet. To dive deeply into what mutation is and why it's important, be sure to read the final article in this series.