GoDBledger is open source accounting software that is both intuitive and productive.

Over the last six months, I have been working on GoDBLedger, an open source accounting system that I feel addresses some of the issues that plague current accounting software solutions. Even in my first year as a graduate accountant, the software frustrated me because I have seen what good software can be like and how much it can improve your productivity.

A great example of "good software" is a software developer's Editor/IDE. Developers love their editors, and there is a huge range that is highly customizable and allows for seamless coding experience. One of the major influencing factors for the existence of great software in this area is because developers are themselves the end users—they scratch their own itches and have immediate feedback on their designs.

The relationship between developers and their editor is fascinating because the editor's job is to facilitate the efficient transfer of the developer's ideas into the codebase.

As an accountant who loves programming in my spare time, I can see parallels between the accounting industry and software development. You can imagine the general ledger (a giant list of financial transactions) as a "codebase" that accountants work with, and it is the accountant's job to navigate and edit the general ledger before compiling it into various reports that an end user consumes—financial statements and tax returns, for example. This is similar to, for instance, the way the Red Hat Enterprise Linux codebase is maintained by developers, and then released officially as RHEL and CentOS to the world.

So, given the parallels between accountants' and programmers' processes, why hasn't the accounting industry developed software to make editing the general ledger as efficient as an IDE editing a codebase? And why is compiling a set of financial statements from the general ledger not automated as is pushing code to production?

There are two influencing factors that I have noticed.

The first is the profit motive that drives both accountants and accounting software developers. Monetization can lead to inefficiencies in software because the most efficient end user is not always the most profitable. A profit-maximizing entity can extract more value from their users by taking actions to get control of the user's data, create walled gardens, and make it difficult for the user to change their software.

Accounting software has always existed in the realm of paid software. Because it plays such an important role in a business, it has always been easy to monetize. This is great for software developers who wish to make a profit, but unfortunately, it means that open source principles have had minimal influence on the shape and design of the software.

Before TCP/IP got standardized, companies like AOL were creating their own proprietary environments and locking users into their walled gardens. Fortunately for the internet, they fell away to a free standard communication protocol. Unfortunately, the accounting industry did not do this, and we got stuck with "America Online."

Imagine that the software industry was ruled by a few big IDE software conglomerates which have decided to maximize their profits rather than maximizing developer efficiency. Your editor no longer saves code as text; instead, it is saved as a proprietary data format. You can not copy a codebase easily into another IDE, and if you do change editors, it's probably safe to assume that the codebase saved in the previous system is lost.

This is the state of the accounting software available today.

So what can accounting software developers learn from the open source community?

Open source means you can stand on the shoulders of giants and use codebases of other projects to influence and directly assist in the growth of your own project. If you are focusing on accountants' efficiency to edit the general ledger, you can review other software and copy the parts that work and ignore the parts that don't. In my case, I have been fortunate to leverage the great codebases of other accounting software such as GNU Cash and Ledger-CLI, but there is another interesting area that has a lot to contribute—the open source servers that manage cryptocurrency nodes.

Accounting has struggled with the transition from physical ledgers to computers, but thankfully the cryptocurrency community has already developed a lot of open source software for maintaining a database of transactions.

The general ledger is a data structure to record financial transactions—just like a blockchain.

My accounting system has been heavily influenced by Geth (Go Ethereum) and Prysmatic Labs—Prysm, as there are a lot of talented developers working on these projects. They have provided the base for a server that manages financial transactions. Combining this with a database schema that was heavily influenced by GNU Cash means the heavy work behind designing an accounting system has already been done.

The result is GoDBLedger, with source code available on github.com/darcys22/godbledger.

It is also written in Golang to leverage the already good code that exists in this area, and because Golang tends to be good for servers of this nature.

I've talked a lot about how accountants should be able to work with the general ledger as seamlessly as a programmer can work on their codebase. I truly look forward to the day when I can create and edit journal entries with the same efficiency that I navigate and edit code using my text editor of choice. GoDBLedger is my first step toward achieving this. The next steps will be toward developing this "IDE" that communicates with GoDBLedger and its underlying database. Fortunately for me, there are already a lot of good open source database projects that I'll be able to leverage for this.

GoDBLedger is usable today! You can fire up a server that maintains a database for your financial transactions, and it will look and feel familiar to anyone who has run a cryptocurrency node before.

The end goal is for it to act as the central server for receiving financial transactions and storing them in the database. It lives in the background, always running so that other systems can communicate financial data to it as needed. 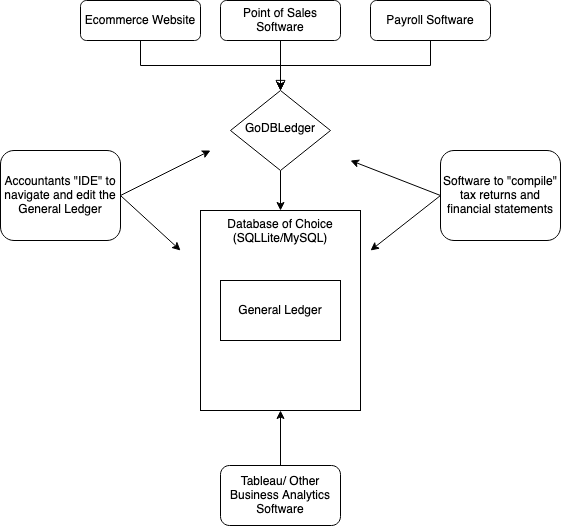 Right now, if you are comfortable with a command line and scripts that communicate to systems using RPC, then you can play with GoDBLedger and experience double-entry bookkeeping on a level lower than all other software (and only slightly above directly manipulating the SQL database).

For instance, with GoDBLedger running, you can add entries in the interactive mode of ledger-cli:

However, the same entry can be made using JSON:

You can view a report with the reporter command:

Read the quickstart on the Github Wiki for more information. I've also developed a few example scripts using Python to show how you can send transactions from your own software. Additionally, I have made an example "trading bot" that saves every trade it does to GoDBLedger.

if you're interested in a procedural system to keep tracking of your accounts, try GoDBLedger.

3 open source tools for sticking to a budget

Find the right solution for you in this roundup of open source budgeting tools. Plus, learn about an open source tax preparation software.

Looking to get a better handle on your personal finances? These five Linux-friendly open source tools will help you achieve your financial goals. 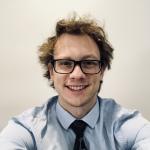 I'm an Australian Accountant who loves building websites and programming. I have experience and knowlege in general tax compliance, preparation of BAS and IAS returns, payroll, small business formation and advisory, data analytics, cryptocurrencies and automation of finance processes. In my spare time I build tax and finance tools.
More about me