Run all the Linux apps you want using Crostini on your Chromebook.

Chromebooks have been a game-changer for PreK-12 school systems, enabling them to purchase low-cost laptop computers for students, teachers, and administrators to use. While Chromebooks have always been powered by a Linux-based operating system (Chrome OS), until recently, there was no way to run most Linux apps on one. But that changed when Google released Crostini, a virtual machine that allows Chromebooks to run Linux (Beta).

Most Chromebooks released after 2019 and some earlier models can run Crostini and Linux (Beta). Check this list of supported devices to see if your Chromebook is on it. Fortunately, my Acer Chromebook 15 with 2GB RAM and an Intel Celeron processor is supported. 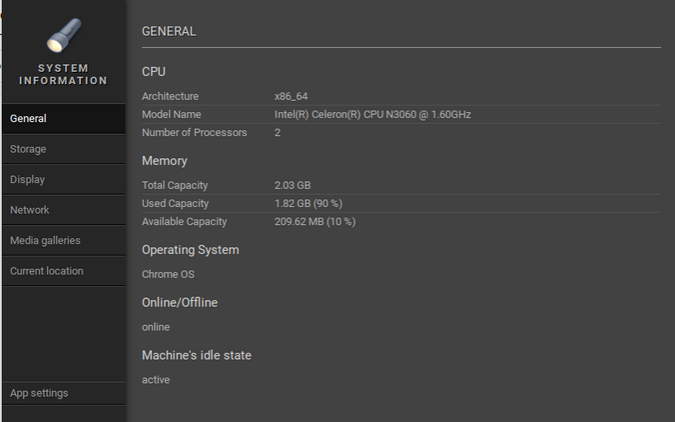 More Linux resources
I recommend using a Chromebook with 4GB RAM and more disk space if you plan to install a lot of Linux applications.

After you sign into your Chromebook, "mouse over" to the lower-right corner of the screen where the clock is displayed, and left-click there. A panel will open with options at the top (from left to right) to sign out, shut down, lock, and open Settings. Choose the Settings icon. 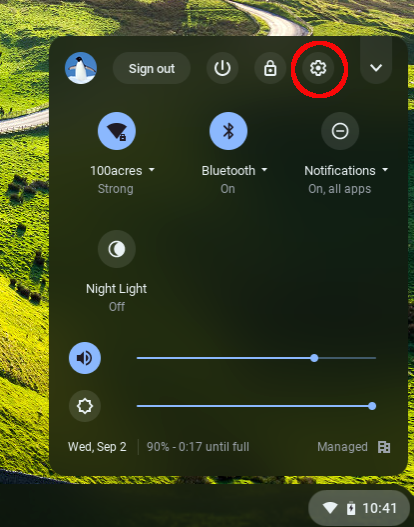 Look on the left side of the Settings panel, and you will see Linux (Beta) listed. 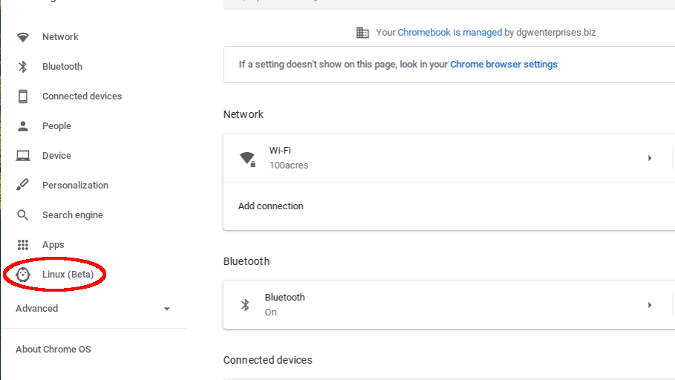 Click on Linux (Beta), and the main panel will change to present an option to launch it. Click the Turn on button.

It will start the process of setting up a Linux environment on your Chromebook. 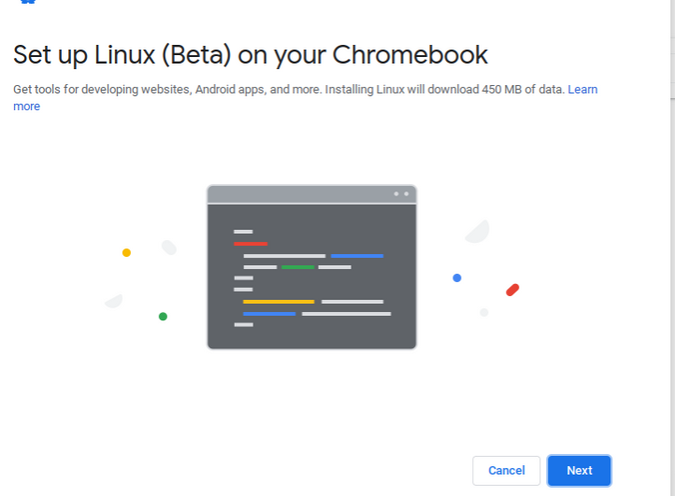 Next, you will be prompted to enter a Username and the size you want your Linux installation to be. 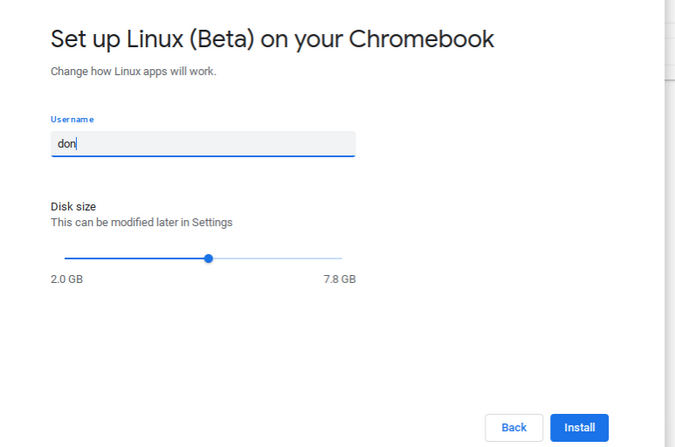 It takes a few minutes to install Linux on your Chromebook. 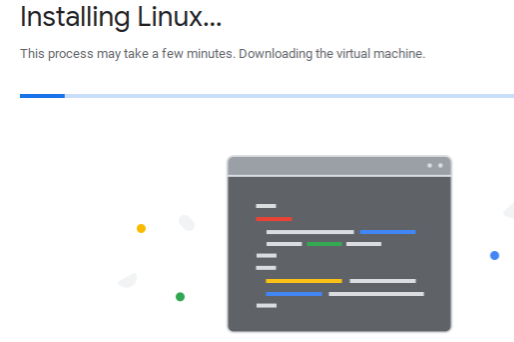 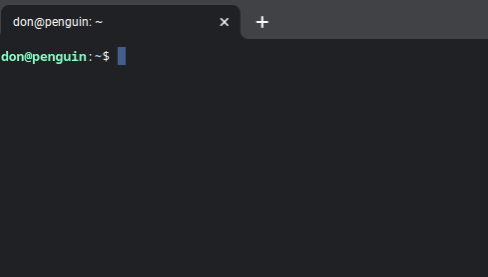 You can use common Linux commands like ls, lscpu, and top to see more of your environment. You can install applications using sudo apt install.

Being able to install and run free and open source software on a Chromebook can be a real winner for financially constrained school districts.

The first application I recommend installing is the Mu editor for Python. Install it by entering the following into your terminal:

It takes a bit over five minutes to install, but in the end, you'll have access to a really good Python editor for students and anyone else who wants to learn Python.

I've had great success using Mu and Python as a learning tool. For example, I have taught my students to write code for Python's turtle module and execute it to create graphics. I was disappointed that I wasn't able to use Mu with a BBC:Microbit open hardware board. Even though the Microbit connects to USB and there is USB support in the Chromebook's Linux virtual environment, I couldn't make it work. 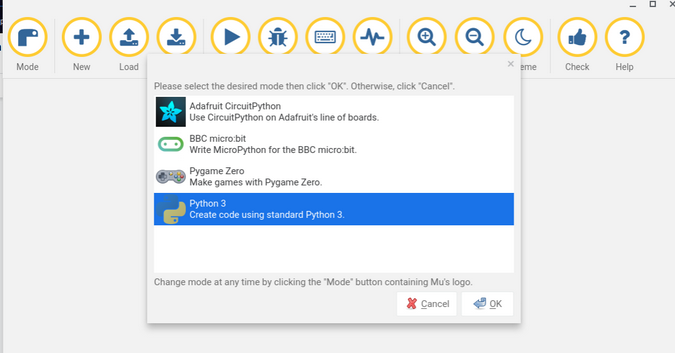 Once you've installed an application, it will show up in a special Linux Apps menu, which you can see on the lower-right of this screenshot. 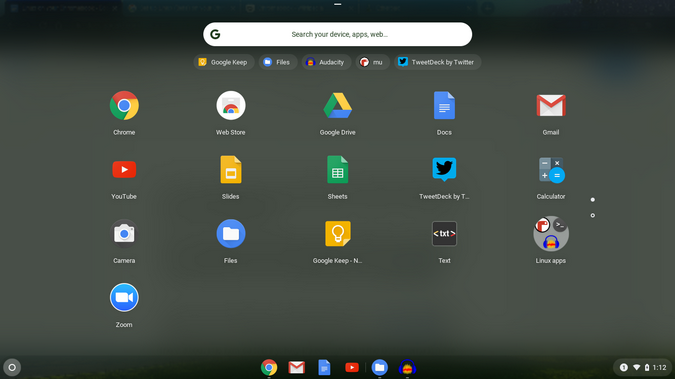 For example, you can install the LibreOffice suite with:

The open source audio software Audacity is one of my other favorite classroom applications. My Chromebook's microphone works with Audacity, making it easy to create podcasts or edit free sounds from Wikimedia Commons. It's easy to install Audacity on a Chromebook—with the Crostini virtual environment running, open the terminal and enter:

Then launch Audacity from the command line or look for it in the Linux Apps section of the Chromebook menu. 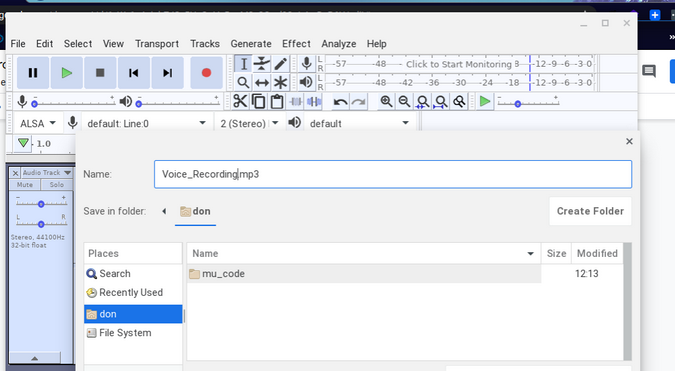 I also easily installed TuxMath and TuxType, a couple of great applications for education. I was even able to install and run the image editor GIMP. All the Linux applications come from Debian Linux repositories. 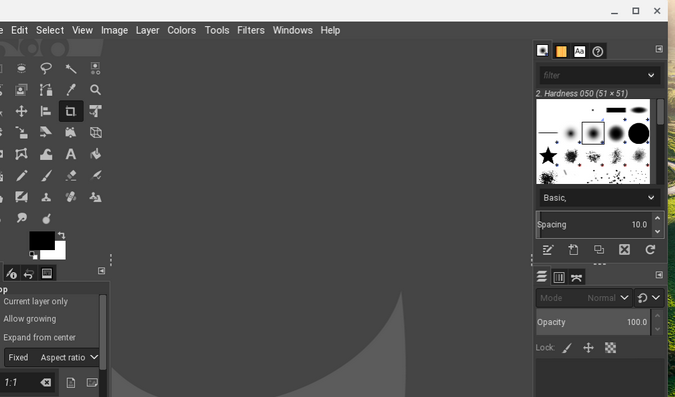 There is a utility within Linux (Beta) to back up and restore your files. You can also share files between your Linux (Beta) virtual machine and your Chromebook by opening the Files app on the Chromebook and right-clicking on the folder you want to share. You can choose to share all of your Chromebook files or create a special folder for shared files. While you are in the Linux virtual machine, you can access this folder by browsing to /mnt/chromeos. 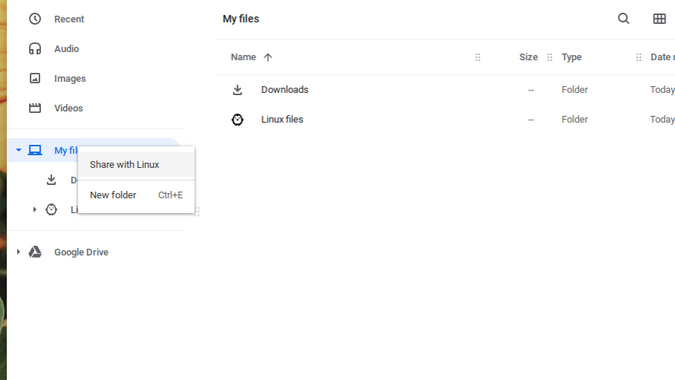 Are you using Linux applications on your Chromebook? Tell us all about it in the comments!

A look at how to use GalliumOS to "penguinize" a Chromebook.
Scott Nesbitt

I use a lot of Linux on Chromebooks, but not in the way described in the article. I have 5+ of my Chromebooks running GalliumOS giving me a full Linux box. I just love the combo of Chromebook hardware and GalliumOS. Of course I have a bunch of Chromebooks still running ChromeOS, but having a "clean" Linux system along with the battery time and silence of a Chromebook is just perfect for me.

It’s very unstable. The last 2 times ChromeOS upgraded it jammed the terminal during start. You could get to the VM through crosh. So just be prepared to blow away your Linux install and start again on a regular basis.

Well, it is a beta feature. Which these days often means pre-beta. Looks like this feature is on that should be labelled use at your own risk, sadly.

While this looks interesting, I'd go all in with Linux on a Chromebook using GalliumOS instead. It eliminates all the Google creepiness from a solid piece of hardware.

I've tried crouton and Gallium OS. I like them better because they're purer but most school districts that I'm aware of won't try Linux because of the lock that Microsoft and Apple have on their IT departments. There are exceptions like Charlie Reisinger, Andrew Dobbie and others.

That's unfortunate, but not surprising. Then again, for personal use why not go all in with open source on Chromebook with GalliumOS? It reminds me of the distros that some intrepid developers spun up for the early Asus Eee PC netbooks.

Funny enough? But I think I'd just get a laptop and install Linux on it. Sorry, but while Chromebooks might have the longevity battery-wise?...did you say 2GB of RAM!?....nah. Geany running C++....VS Codium running html and React JS...and Python?...would cause that to literally grind to a halt. But I guess there are those who might not need all of that under the hood.

I think such a way can be good for students that are used to study with their laptop everywhere! When I need to <a href="https://essayassistant.org/">write my essay</a> for University laptop really saves me, because I can find some articles and use them for writing!