8 reasons why I learned Core Java

Understanding Core Java gives you a significant advantage when learning all of the related tools built on top of it. 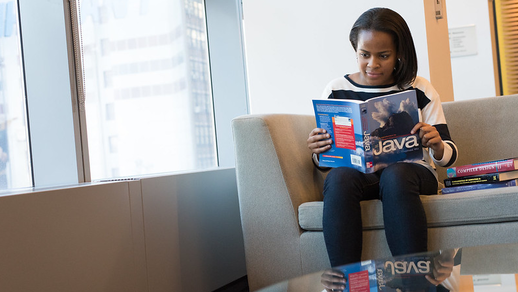 Computer programming, also known as coding for short, is not about which language you use. It's about developing programming logic and learning to think like a programmer. The language you start with should be the one that helps you the most in this endeavor. So you have to ask yourself the question: "What do you want to do as a programmer?"

For example, if you want to work on Android app development, video game development, desktop GUI applications, or just general software development, I think learning Java is an excellent option. It's the language I chose, and it has made a whole world of programming available to me. In India, where I live, the average salary of a Java programmer is around 5.9 Lakhs per Annum (LPA) (it can be as high as 10 LPA, depending on your experience.)

Java is a vast language, though, with lots of frameworks and variants to choose from. Core Java is the term the tech industry has developed to refer to the central components of the Java language—the thing that people use to write the frameworks and has developed the cottage industry around Java. I believe that Core Java is one of the most powerful skills you can acquire because understanding the basics of Java gives you a significant advantage when learning all of the related tools built on top of it.

Here are the top eight reasons I chose Core Java, and I think you should too:

1. Java is an evolving programming language

Java has significant corporate backing, but the most important component in Java development is OpenJDK—the open source Java Development Kit. With a mission statement to promote and maintain open source, open innovation, and open standards, the OpenJDK community is committed to improving and maintaining an open source implementation of Java and its toolchain.

Innovations and conveniences get added with every release, making Java easier for developers and users alike. For instance, it was just in Java 11 that they added the ability to run .java files. Now, all it takes to run a single-file Java application is the java command, no compilation required:

You can use Java to program applications for the web, mobile, or desktop. It's a highly versatile language. It has many interesting features such as dynamic coding, multiple security features, platform-independent characteristics, and network-centric design.

You can use Java to create Android apps. The Android market is enormous, and the demand for mobile programmers is only growing. Even if you're not interested in becoming a professional app developer, the ability to customize your mobile experience is a powerful one, and Java makes it possible.

And it's easier than you might think! Learning Core Java makes it easy for you to pick up Android development kits or frameworks that export to mobile platforms, like Processing.

An API makes programming easier because you can construct applications without knowing their inside implementations. In my experience, many companies prefer Java over other options because of the strength of the Java API.

There are nearly endless open source libraries for Java, including Maven, Guava, Apache Commons, Jhipster, and much more. You can copy, study, and share resources from these libraries. They make programming more accessible, faster, cheaper, and more educational.

Java has some of my favorite IDEs (Integrated Development Environments), including Eclipse, NetBeans, BlueJ, and IntelliJ IDEA. They provide debugging, syntax highlighting, code completion, language support, automated refactoring, and more. In short, IDEs play an essential role in Java's success and in your success as you learn it!

6. Demand for Java developers in India

Giants like Google, Netflix, and Instagram use Java for backend development. Indian companies are actively looking to hire Java programmers to develop Android apps, new APIs, and microservices on the cloud. This demand translates to more job opportunities.

7. The Java programming community is huge

The community of Java programmers is vast. It ranges from groups of beginners to experts. I have found the community to be welcoming and helpful when you ask for support. Most importantly, I've learned tons of new tricks by involving myself in online discussions. Being a part of the community has been a vital way for me to keep up with the latest trends, learn more about the language, and keep up with development.

The fact that Java is platform-independent makes it highly valuable. Java source code is compiled down to bitcode, which runs on the Java Virtual Machine (JVM). Any platform running a JVM (and all the major platforms do) can run your Java application. You write once and run everywhere! And this isn't just a theoretical position: Java has actually achieved this. You can write Java on whatever platform you develop on and deliver it to all your target platforms.

There are many resources online to learn Java, including a cheat sheet here on Opensource.com. There's also a great online Java course available in Hindi for free.

BlueJ provides a clean and simple IDE to help beginners get started with Java. 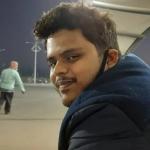 I am a content writer at LearnVern. Education is a field that I have a major interest in. I aim to be a professor and working at LearnVern is a delightful step in the long journey.
More about me