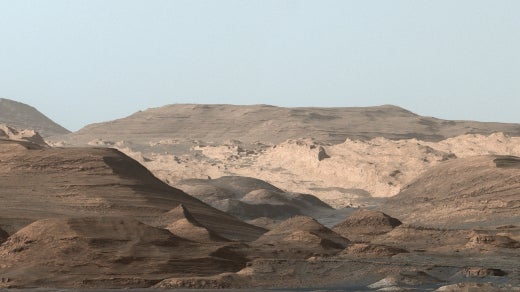 April was full of exciting news in the world of open source. Keep reading for some of the more interesting tidbits, including Linux out of this world... on Mars.

Linux had a big moment on April 19: The open source operating system powered Ingenuity, a NASA helicopter that was the first powered aircraft to fly on Mars.

Nat Friedman, CEO of GitHub, said a review of Ingenuity's code found that nearly 12,000 developers contributed to Ingenuity's software. To honor their efforts, Friedman wrote, GitHub "worked with JPL to place a new Mars 2020 Helicopter Mission badge on the GitHub profile of every developer who contributed to the specific versions of any open source projects and libraries used by Ingenuity."

Ingenuity isn't meant to showcase technical prowess or support NASA's Perseverance mission. It's a demonstration meant to show what open source can do, in partnership with NASA and the Jet Propulsion Laboratory (JPL)'s open source F' framework.

GitHub wants to honor every developer who might not know their code helped push this project forward. They're also honoring non-code contributors, a practice that's still sadly rare in open source.

This week I'm celebrating open source running on Mars, while _also_ fuming that we continue to treat designers, community managers, and other non-code contributors as second class.

When Pine64 shipped its PineTime watch to early adopters in 2020, it was little more than some hackable hardware. In April, PineTime took a large step forward when its user community launched InfiniTime 1.0.0, the product's first operating system.

InfiniTime's features include a stopwatch, activity tracker, music controls, and the ability to pair it with Android or Linux phones. While InfiniTime is still an entry-level product, it's also a mere $25.

Open source software enthusiasts can learn more about InifiniTime through this blog post and order a PineTime watch through its Dev Kit store.

Jonathan Beck founded Scan the World in 2014. The project uses diverse 3D scanning techniques to capture art from around the world, then digitize it for 3D printing. Scan the World boasts 17,000 objects in its 3D printable collection.

Google Arts & Culture features content from 2,000 global museums and archives. Its partnership with Scan the World will make its data viewable in 3D, with users able to print 3D models of artifacts located in museums around the world.

The partnership's open source collection is available for free on the Google Arts & Culture app for iOS and Android, along with its website.

A Netflix Technology blog post shared that the use of the cloud and the subsequent need for security drove its decision. The tool aims to avoid the common challenge where security falls to traditional teams who then hold the keys for cloud access.

By open sourcing ConsoleMe, Netflix wants everyone to access the cloud and play a role in securing it.