You never know where you will travel from your first job. 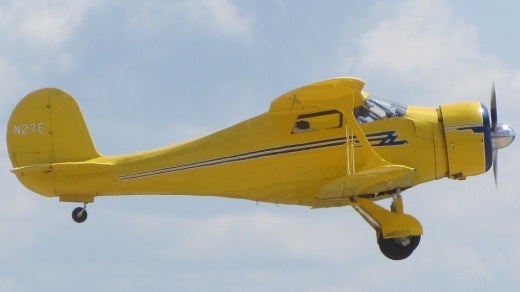 I had a few weird jobs before I hit tech.

I was a junior assistant in an aircraft repair shop, which meant tasks like cleaning dirty metal parts in solvent (wow, things were different back in the '70s). My most fun task there was ironing Dacron aircraft fabric onto the wooden ailerons and horizontal stabilizer on a beautiful old Beechcraft Staggerwing that was in the shop for a rebuild.

One summer during university, I worked at the same airport on the team that mixed the fire retardant and pumped it into the fire suppression aircraft ("water bombers"). That was probably the dirtiest job I ever had, but loading the aircraft was pretty cool. There was a small flap about two meters off the ground that you would stick your finger into after attaching the filling hose to the coupling. Then the person on the pump would start the pump. When you felt your finger get wet, you waved for the pump master to stop the pump. Meanwhile, the incredibly noisy right-side radial engine was running a few meters in front of you, with the propellers doing a great job of blowing off all the red dust that accumulated on you from mixing the retardant in the first place. If you screwed up and let the airplane get too full, they would have to taxi over to a patch of ground and dump the load right there, since they would be too heavy to take off otherwise.

Two other summers, I worked for the local Pepsi, 7-Up, and Orange Crush distributor delivering crates of soft drinks to stores and restaurants. That was definitely the most physically demanding job I ever had. Think of a five-high stack of wooden crates with each containing a dozen 750ml glass bottles of soft drinks on a hand truck. Think of pulling that up to a second-floor restaurant. Think of that restaurant getting 120 crates per week... 24 trips up those stairs and back down again with all the empties. A small truck would typically have 300 or so crates of soft drinks on board. We were paid by the load, not by the hour, so the goal was to get done early and hit the beach.

Delivering sodas was my last summer job during university. I graduated the next year with a degree in mathematics and a lot of computer courses, especially numerical analysis, under my belt. My first job in tech was working for a small computer services consultant. I used SPSS to do a bunch of analysis on some sport fishing surveys, wrote a few hundred lines of PL/1 to print concert tickets on the IBM 3800 laser printer in the service bureau where we rented time, and started working on some programs to analyze forest statistics. I eventually went to work for the client needing forestry statistics, becoming a partner in the mid-1980s. By then we were doing a lot more than measuring trees and no longer using a timesharing bureau to do our computations. We bought a Unix minicomputer, which we upgraded in the late 1980s to a network of Sun workstations.

I spent some time working on a big development project headquartered in Kuala Lumpur, Malaysia. Then we bought our first geographic information system, and I spent most of my time in the late 1980s and 1990s working with our customers who needed to customize that software to meet their business needs. By the early 2000s, my three older partners were getting ready to retire, and I was trying to understand how I fit into the long-term picture of our no-longer-small company of 200 or so employees. Our new employee-owners couldn't really figure that one out either, and in 2002, I found myself in Chile, looking to see if the Chile-Canada Free Trade Agreement provided a reasonable opportunity to move some of our business to Latin America.

That business started off formally in 2004. The Canadian parent, meanwhile, was badly sideswiped by a combination of some investments that, in the light of the 2007–2009 economic meltdown, no longer seemed so wise, and it was forced to close its doors in 2011. However, by that time, the Chilean subsidiary was a going concern, so our original employee and I became partners and purchased it from the asset sale. It's still going today, doing a lot of cool stuff in the social-environmental space, and I'm often a part of that, especially when my trusty mathematics and computational background are useful.

As a side hustle, I develop and support a horse racing information system for a wonderful man who has made a career out of buying and selling racehorses in India.

Our past lives can be exciting and funny. Here are some surprising ways folks have made their way to open source.

What job did you do before tech?

Career paths often veer in unexpected directions. These 13 jobs before tech are sure to delight.

You never know how your first job might influence your career path.