What job did you do before tech? 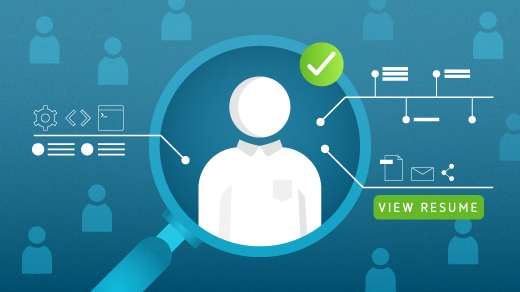 Who doesn't love a trip down memory lane? When recounting our career paths, they're often crooked and veer in unexpected directions. Many of us take pride in that. We trusted our intuition or a friend's advice and it led to experiences we'll never forget that shaped who we are today. And where we are today.

I asked our community of writers to share a little bit about what kind of jobs they had before they got into tech. Here are 13 of them you're sure to enjoy.

I was an administrator for a language school in Morocco. —Matthew Helmke

Before I worked in tech, I was a hospital corpsman in the United States Navy where I worked in labor and delivery, surgical clinic, emergency room and drove ambulances. I also worked as a bartender and in food service, and I was a custodian and a school bus driver. I came to technology because I had keyboarding skills. I was fascinated with learning how to program a Commodore 64 with BASIC. —Don Watkins

I've always been good at math, but instead of sending me down a computing path I spent my early 20s working in an accounts payable department. My interest in computers and Linux blossomed as a hobbyist during that time and my office mates could always count on me to fix their computer instead of waiting for IT, or get the fancy new copy machine to do whatever they wanted. IT almost snatched me up before I moved on to join a small tech company, after months of being "that Linux girl in AP." —Elizabeth K. Joseph

Before I fell into the Tech Industry, I was an on-air DJ for a Country/Western radio station. I was asked by a friend to apply for a JR Sysadmin position since he knew I had been doing my own computer stuff for years. I had been a tech hobbyist for years - taught myself to program PASCAL, built my own computer, and was running a local dial-up BBS at the time. That was in 1992. I’ve cascaded through a series of lucky breaks and hard work, one usually leading to the other since then, and here we are. —Kevin Sonney

My first real job was a truck mechanic in the Army. After that I got a job in a lightbulb factory, and that was too mind-numbing, and I found I really wanted to use my brain for a living, so I went to college and studied physics. My interest gradually shifted to biophysics, and I got a job after college writing programs in neuroscience labs, teaching myself to code along the way. I found I really enjoyed coding, and eventually moved to industry as a software developer. —Maria Mckinley

I've been in tech since I started coding at 11, but like many others, I had odd jobs along the way to help pay for school, etc. I worked as a quality control chemist in a flour mill testing samples of wheat and flour for several summers while I was at University. It gave me a great understanding of working in a busy and often quick-turn-around environment, plus I got to climb onboard 40-tonne wheat wagons to take samples. —Steven Ellis

Before moving to tech, I worked in traditional libraries (public, university). Once I realized that the Internet was the biggest 'library' and 'community center' that I could find, I was sold. Thus, kickstarted my tech career through infrastructure, products, services, and networks. —Heather Leson

I’ve had too many jobs to count. When I was young and had no idea what to do with my life I just figured I’d try stuff till something worked out. I was an auto mechanic (even ASE Certified), I worked at a steel factory, I was a bus driver (I still have the commercial license, just in case), a security guard, and then when I was around 30 I got a job answering phone calls at my local ISP.  —Luke Rawlins

My first career was in book publishing, I wanted to be the next Maxwell Perkins. My first job out of college was working as an assistant to a literary agent in Washington DC, then I ended up being an acquisitions editor for a technology book publisher in NC. I began working in tech when the publisher I was working for got sold, and there were no more publishing jobs left for me unless I wanted to move. A friend of mine got a job working for IBM, helped me get in there, and two years later I joined Red Hat. —Chris Grams

I worked under the table repairing computers in the 1980s until I was old enough to qualify for a work permit at age 14. After that, I had some above-board contract programming, desktop publishing, and computer-aided drafting work part-time while at school, then my first full-time job was as a Unix systems administrator. It's certainly possible to have not done anything before getting into tech. —Jeremy Stanley

I was a child care worker in an behaviour management program within my local school district. I worked with students from K to grade 6 both as an educational resource but at times working to enact deescalation techniques for these same students. It was stressful, demanding, but there were moments of joy as we saw some of the students change from problem students to successes with appropriate help. —Steve Morris

I had many jobs since I was very young: helper, baker, construction, transportation. From the time I was a university student to a professional, the ones that marked me the most were giving support to users in call centers and to printers on site. I think this was what helped me the most in terms of customer service, besides knowing how to work under pressure, to develop a career as a sysadmin. —Alex Callejas

Why every job in the tech industry is technical

Let's break free from the technical vs. non-technical labels in the tech industry in order to be successful.