Use the mv command to move a file from one location to another. 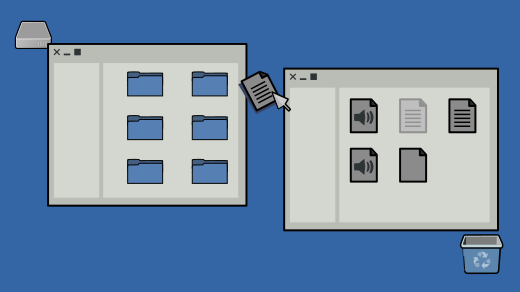 To move a file on a computer with a graphical interface, you open the folder where the file is currently located, and then open another window to the folder you want to move the file into. Finally, you drag and drop the file from one to the other.

In this example, you've moved example.txt from its current folder into the Documents folder.

The mv command by default does exactly as it's told: it moves a file from one location to another. Should a file with the same name already exist in the destination location, it gets overwritten. To prevent a file from being overwritten without warning, use the --interactive (or -i for short) option:

How to open and close directories in the Linux terminal

Learn how to use the cd command to change directories with this Linux tutorial.

Learn how to use the ls command to list files in the terminal with this Linux tutorial.