Here's how the open source project, ToolJet, achieved 13,000 stars and 200 contributors in a year's time. 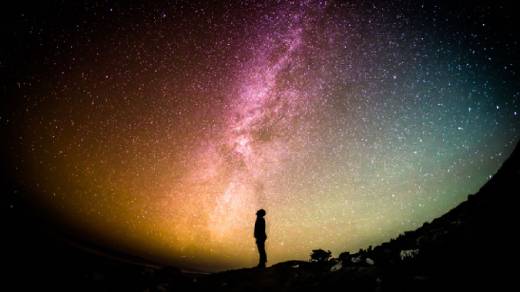 ToolJet is an open source, low-code framework for rapidly building and deploying internal tools. Our codebase is 100% JavaScript and TypeScript.

A lone developer in April 2021 started ToolJet. The public beta launched in June 2021 and was an instant hit. With this traction, ToolJet raised funding, and currently, we have a team of 20 members.

Before working on ToolJet, I worked with a few enterprise clients as a consultant. Many of these clients were large enough to build and maintain dozens of internal tools. Despite the constant requests from sales, support, and operations teams to add more features and fix the bugs in their internal tools, engineering teams struggled to find the bandwidth to work on the internal utilities.

I tried using a few platforms to build and maintain internal tools. Most of these tools were very expensive, and frequently, they didn't really fit the requirements. We needed modifications, and most utilities didn't support on-premise hosting.

As a Ruby developer, I primarily used ActiveAdmin and RailsAdmin to build internal tools. Both utilities are amazing, but making them work with more than one data source is difficult. I then realized there is a need in the market for a framework that could build user interfaces and connect to multiple data sources. I believe any tool built for developers should be open source. Most of the tools and frameworks that developers use daily result from people from all over the world collaborating in public.

Building something like ToolJet needed a full-time commitment. Selling one of my side projects gave me a runway of 5-6 months, and I immediately started working on an idea I'd had in mind for at least two years.

Wait! I said the codebase is 100% JavaScript. Continue reading to discover why.

I sat in front of my screens for most of April and May, coding and pitching to investors for a pre-seed round.

My work also included creating the drag-and-drop application builder, documenting everything, ensuring there was documentation for setting ToolJet up on popular platforms, creating a website, creating posters and blog posts for launch, and more. The process went well without any major challenges. At this point, the frontend of ToolJet was built using React, with the backend using Ruby on Rails.

While the coding was going well, investor pitches weren't going great. I sent around 40 cold emails to venture capitalist firms and "angel investors" focused on early-stage funding. While most of them ignored the email, some shared their reason for rejection, and some scheduled a call.

Most of the calls were the same; I couldn't convince them of an open source business model.

June 7th was the day of the launch. First, we launched on ProductHunt. Six hours passed, and there were only 70 new signups. But we were trending as the #1 product of the day (and ended up as the #3 product of the week). For posterity, here's the original post.

I also posted on HackerNews around 6 PM, and within an hour, the post was #1. I was very happy that many visitors signed up and starred the repository. Many of these visitors and users reported bugs in the application and documentation. Within eight hours of posting on HN, more than 1,000 GitHub users starred ToolJet's GitHub repository, and there were hundreds of signups for ToolJet cloud. The trend continued for three days, and the repo had 2.4k stars. 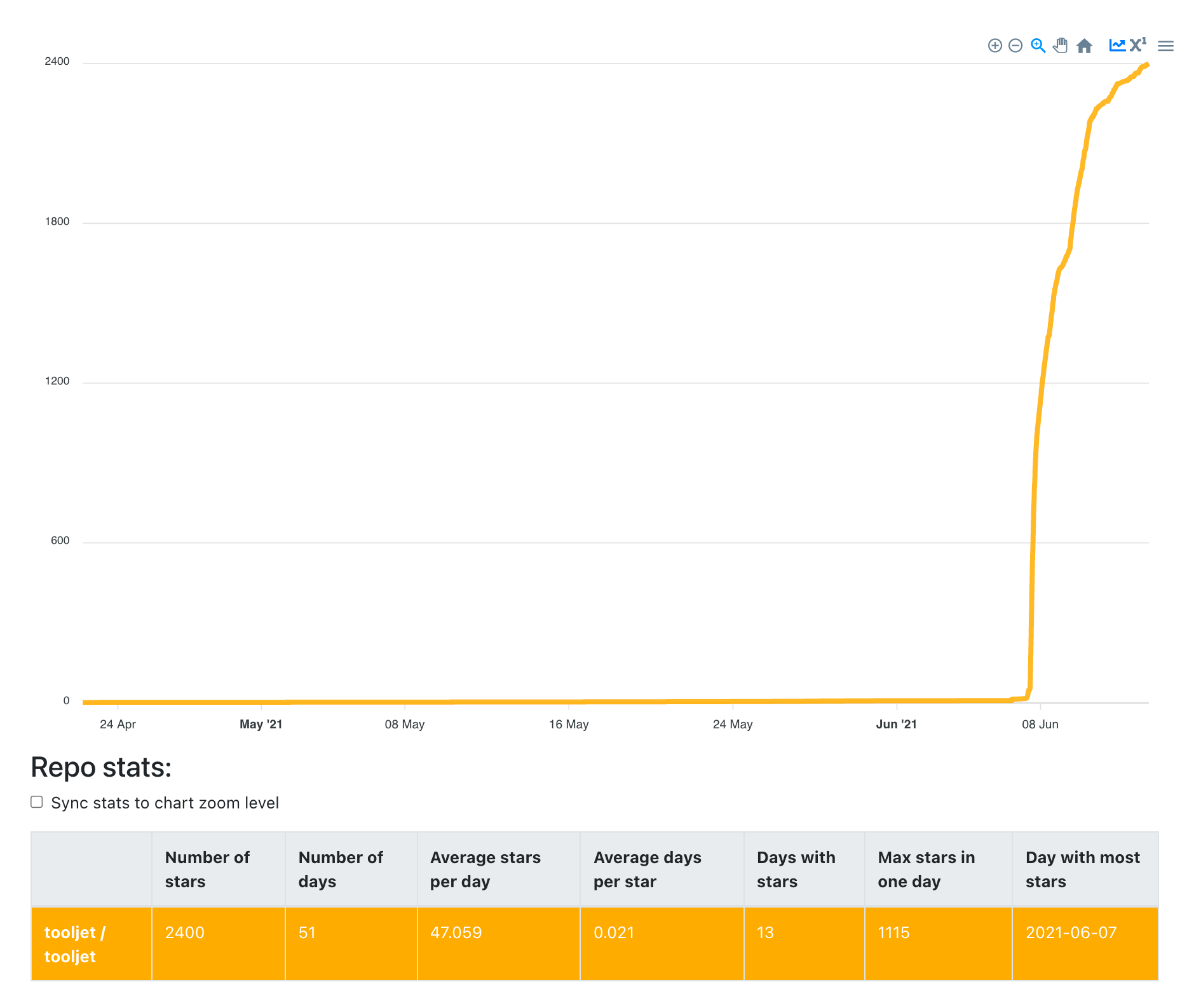 The traction on GitHub was enough to be noticed by the venture capitalist (VC) world. The days following the launch were packed with calls. We had other options, but did not consider seriously consider them, including:

I knew it could take months to build the platform I wanted if ToolJet became just a side project. I wanted to accelerate growth by expanding the team, and VC funding was the obvious choice, given the traction.

The good news is that we raised $1.55 million in funding within two weeks of the HN launch.

Soon after the launch, we found that many people wanted to contribute to ToolJet, but they were mostly JavaScript developers. We also realized that for a framework like ToolJet that in the future should have hundreds of data source connectors, only a plugin-based architecture made sense. We decided to migrate from Ruby to TypeScript in August 2021. Even though this took about a month and significant effort, this was one of the best decisions we've made for the project. Today, we have an extensible plugin-based architecture powered by our plugin development kit. We have contributions from over 200 developers. We've written extensively about this migration here and here.

Many users have been using ToolJet on production environments since August, and the platform did not show any stability or scalability issues. We were waiting to wrap up the developer platform feature before we called it v1.0. The ToolJet developer platform allows any JavaScript developer to build and publish plugins for ToolJet. Developers are now able to make connectors for ToolJet. Creating a ToolJet connector can take just 30 minutes, including integration tests. 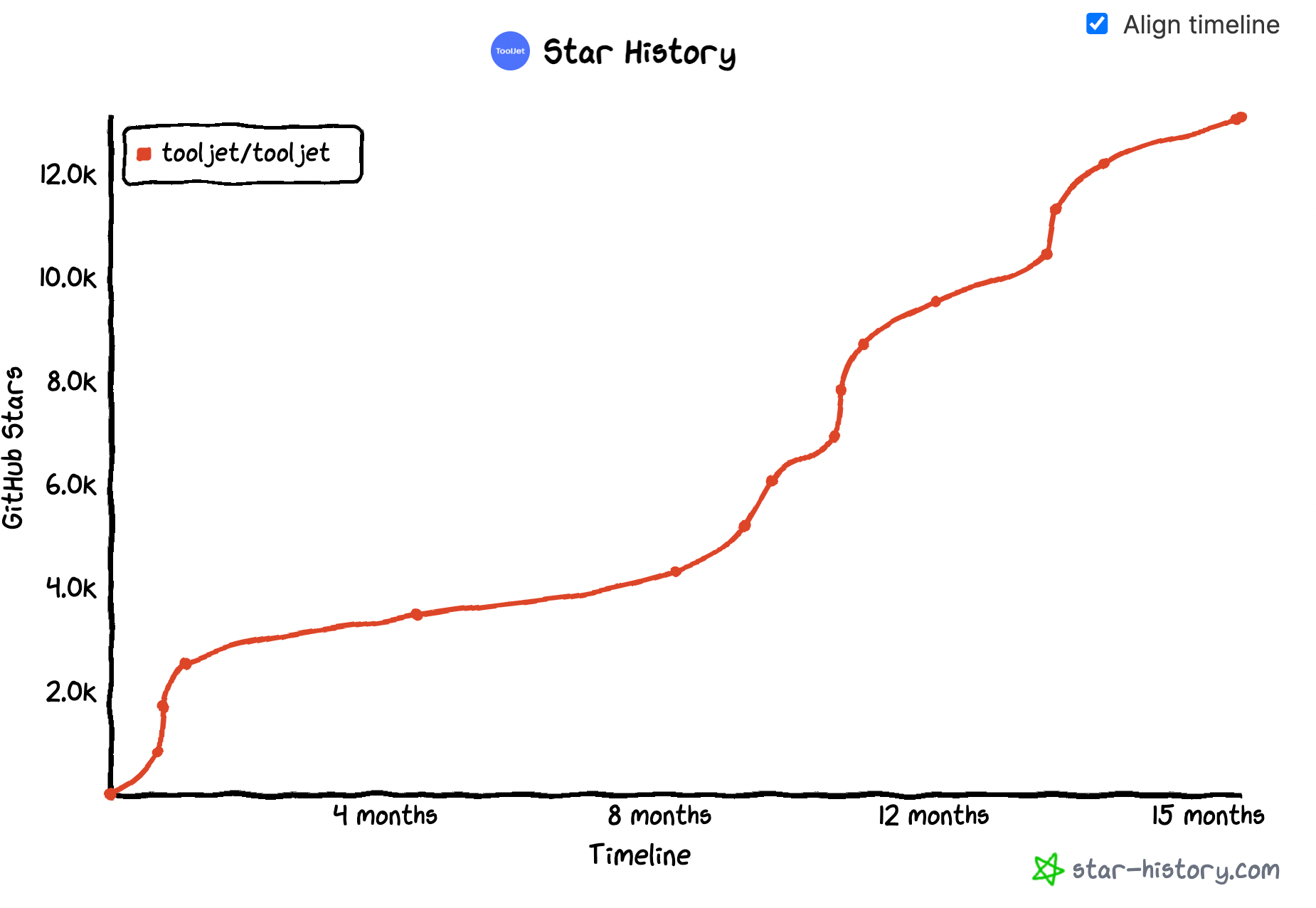 We didn't spend money on marketing. Most of our efforts in spreading the news about ToolJet have been writing about our learnings and being active in developer communities. We have a team of three members who take care of community queries.

ToolJet won't be a sustainable business without a commercial product to pay the bills. We've built an enterprise edition of ToolJet, for which customers must pay. There's no limit on usage for the free community edition, and additional features in the enterprise edition are relevant only to large teams. We have very large companies as paying customers right now, but we haven't started monetizing ToolJet aggressively. We have enough money left in the bank to build an even better ToolJet, so our focus currently is on product improvement.

We frequently release better versions of ToolJet with the help of constant feedback and contributions from the open source community. Many major improvements and dozens of connectors and UI components are in progress. We're moving faster than ever towards our initial goal of being the open framework that can connect to hundreds of data sources and build even the most complicated user interfaces!

What to read next
Tags
Community management
Navaneeth PK 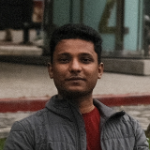