How the C programming language has grown 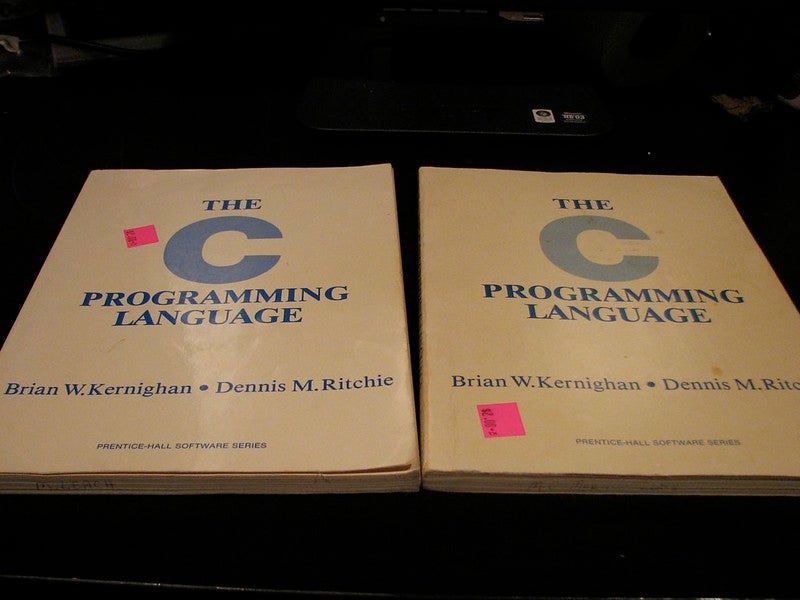 I interviewed Brian Kernighan, co-author (with Dennis Ritchie) of The C Programming Language book, to learn more about the C programming language and its history.

Where did the C programming language come from?

C is an evolution of a sequence of languages intended for system programming—that is, writing programs like compilers, assemblers, editors, and ultimately operating systems. The Multics project at MIT, with Bell Labs as a partner, planned to write everything in a high-level language (a new idea at the time, roughly 1965). They were going to use IBM's PL/1, but it was very complicated, and the promised compilers didn't arrive in time.

After a brief flirtation with a subset called EPL (by Doug McIlroy of Bell Labs), Multics turned to BCPL, a much simpler and cleaner language designed and implemented by Martin Richards of Cambridge, who I think was visiting MIT at the time. When Ken Thompson started working on what became Unix, he created an even simpler language, based on BCPL, that he called B. He implemented it for the PDP-7 used for the first proto-Unix system in 1969.

BCPL and B were both "typeless" languages; that is, they had only one data type, integer. The DEC PDP-11, which arrived on the scene in about 1971 and was the computer for the first real Unix implementation, supported several data types, notably 8-bit bytes as well as 16-bit integers. For that, a language that also supported several data types was a better fit. That's the origin of C.

How was C used within Bell Labs and the early versions of Unix?

C was originally used only on Unix, though after a while, there were also C compilers for other machines and operating systems. Mostly it was used for system-programming applications, which covered quite a spectrum of interesting areas, along with a lot of systems for managing operations of AT&T's telephone network.

What was the most interesting project written in C at Bell Labs?

Arguably, the most interesting, memorable, and important C program was the Unix operating system itself. The first version of Unix in 1971 was in PDP-11 assembly language, but by the time of the fourth edition, around 1973, it was rewritten in C. That was truly crucial since it meant that the operating system (and all its supporting software) could be ported to a different kind of computer basically by recompiling everything. Not quite that simple in practice, but not far off.

You co-authored The C Programming Language book with Dennis Ritchie. How did that book come about, and how did you and Dennis collaborate on the book?

I had written a tutorial on Ken Thompson's B language to help people get started with it. I upgraded that to a tutorial on C when it became available. And after a while, I twisted Dennis's arm to write a C book with me. Basically, I wrote most of the tutorial material, except for the system call chapter, and Dennis had already written the reference manual, which was excellent. Then we worked back and forth to smooth out the tutorial parts; the reference manual stayed pretty much the same since it was so well done from the beginning. The book was formatted with the troff formatter, one of many tools on Unix, and I did most of the formatting work.

When did C become a thing that other programmers outside of Bell Labs used for their work?

I don't really remember well at this point, but I think C mostly followed along with Unix for the first half dozen years or so. With the development of compilers for other operating systems, it began to spread to other systems besides Unix. I don't recall when we realized that C and Unix were having a real effect, but it must have been in the mid to late 1970s.

Why did C become such an influential programming language?

The primary reason in the early days was its association with Unix, which spread rapidly. If you used Unix, you wrote in C. Later on, C spread to computers that might not necessarily run Unix, though many did because of the portable C compiler that Steve Johnson wrote. The workstation market, with companies like Sun Microsystems, MIPS (which became SGI), and others, was enabled by the combination of Unix and C. The IBM PC came somewhat later, about 1982, and C became one of the standard languages, under MS-DOS and then Windows. And today, most Internet of Things (IoT) devices will use C.

C remains a popular programming language today, some 50 years after its creation. Why has C remained so popular?

I think C hit a sweet spot with efficiency and expressiveness. In earlier times, efficiency really mattered since computers were slow and had limited memory compared to what we are used to today. C was very efficient, in the sense that it could be compiled into efficient machine code, and it was simple enough that it was easy to see how to compile it. At the same time, it was very expressive, easy to write, and compact. No other language has hit that kind of spot quite so well, at least in my humble but correct opinion.

How has the C programming language grown or changed over the years?

C has grown modestly, I guess, but I haven't paid much attention to the evolving C standards. There are enough changes that code written in the 1980s needs a bit of work before it will compile, but it's mostly related to being honest about types. Newer features like complex numbers are perhaps useful, but not to me, so I can't make an informed comment.

What programming problems can be solved most easily in C?

Well, it's a good language for anything, but today, with lots of memory and processing power, most programmers are well served by languages like Python that take care of memory management and other more high-level constructs. C remains a good choice for lower levels where squeezing cycles and bytes still matter.

They all have real positive attributes, but somehow no one is ever quite satisfied, so there will always be more languages that, in their turn, react to what has gone before. At the same time, the older languages, for the most part, will remain around because they do their job well, and there's an embedded base where they are perfectly fine, and it would be infeasible to reimplement in something newer.

Thanks to Brian for sharing this great history of the C programming language!

What to read next
Tags
Programming
Jim Hall

Jim Hall is an open source software advocate and developer, best known for usability testing in GNOME and as the founder + project coordinator of FreeDOS. At work, Jim is CEO of Hallmentum, an IT executive consulting company that provides hands-on IT Leadership training, workshops, and coaching.
More about me
Register or Login to post a comment.