Recently ﻿I was in the audience for the Open Source Business Conference (OSBC) keynote panel on the future of open source, and part of the discussion was about the rapidly increasing use of open source in both the public and private sector. No one seemed surprised by this fact, but there was some disagreement on the cause. The one thing all the panelists agreed on was this: IT departments are suddenly much more accepting of open source. One of the panelists asked the question, "What is driving IT's acceptance of open source?"

Having worked with IT departments for the better part of two decades--and currently working in the IT department of a major municipality--I knew something the panelists didn't: this is the wrong question.

IT departments have always been receptive to open source, and in fact historically have been the earliest adopters of open source in a business or governmental agency.

People usually think of IT as "ops monkeys" who just keep the lights on... when they think of IT at all. In truth, a surprising amount of software development goes on inside an IT department, ranging from integrating software packages together to automating deployment of new systems. Most IT departments are actively trying to reduce the amount of time they spend on day-to-day operations and increase the amount available for either strategic initiatives or taking on projects that benefit the business as a whole. Open source has long been used by IT for this end; consider the popularity of open source monitoring tools like Hyperic, Nagios, or OpenNMS.

A few years ago, the general view of the open source vendor community (of which I was a part) was that 75% of the CIOs said they were using some open source--and the other 25% just didn't know it. I suspect some of that 25% didn't want to talk about it, but were well aware that open source was in their data centers. The LAMP stack was (and still is) used to build a large percentage of public web sites, and IT departments around the globe were also using it build internal sites to keep track of their systems, access monitoring tools, etc.

There is one notable thing that IT does not do: choose the software that is used by the business. Sales and finance may be the decision makers for deploying a CRM system, and all major departments are part of and ERP decisions. Getting ready to deploy a BI solution? The business analysts will make the selection of what to deploy. The CIO is rarely a stakeholder in these decisions, and their sole responsibility is working with the vendor to deploy the selected software package. While a CIO is part of the "C suite" of executives, they are often viewed as technicians, not business people. (One colleage likes to joke that CIO stands for Career Is Over.)

If we accept that the question "What is driving IT's acceptance of open source?" is the wrong one, what is the right question? In this instance, the obvious is also the correct answer: "What is driving the business stakeholder's acceptance of open source?" I'm not going to try to give the definitive answer to that question, and actually a significant portion of the panel was spent on that topic.

I will take this opportunity to give open source software vendors my $0.02 worth, though. The current economic environment has certainly opened the door to open source (especially open source applications), but it is up to vendors to take advantage of this situation. It's not enough to have a lower price point than your proprietary competitors; you need to have a compelling product that solves a real problem facing a business. Right now you have an opportunity; use it to prove to the business world that you have world-class products, so that in the future the argument shifts from "open source is cheaper" to "open source is better." Focus on usability, ease of installation, documentation, etc. to make the user's experience on par with the proprietary vendors.

You have a golden opportunity to prove your worth. Don't waste it.

What to read next
Tags
Business
Barry Klawans 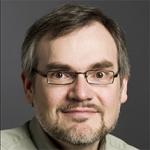 Long time software developer - a really long time. Founder and ex-CTO of JasperSoft, advisor to several open source companies, and somebody who tends to just turn up at open source events.
More about me