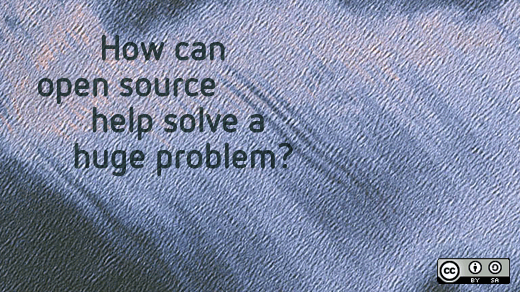 Each day as I drive to work and hear the radio updates on the unfortunate situation in the Gulf of Mexico, my fears and concerns compound considerably.

The latest news suggests that the amount of oil gushing from the Gulf of Mexico is, conservatively, at least 10 times the official amount of 5,000 barrels per day.

To put this in context, the Exxon Valdez spill totaled 250,000 barrels of oil. At its current rate, the leak in the Gulf is totaling 350,000 barrels per week. In other words, each week that a solution to the spill is not found, the cost in oil spillage is, conservatively, equal to 1.4 Exxon Valdez Super Tankers dumping into the Gulf.

I don’t think there is a single human being on the planet who does not want to see this leak stopped. If this is indeed the case, then my question is: Why can’t we involve everybody to develop a series of solutions? If ever there was a clear-cut case for the social production of ideas, this oil spill in the Gulf of Mexico has to be it.

The mission of opensource.com is to bring the open source way to new areas of endeavor. There have been lots of useful discussions and debates as to whether or not the application of open source principles such as community, transparency, contribution, collaboration, authenticity, participation, meritocracy, respect, responsibility, and accountability are feasible and practical outside the realm of software development and distribution.

In response, I say, here is our chance to prove them wrong. Rather than having theoretical arguments around these issues, why doesn’t the community rally around the world’s most pressing issue and demonstrate that the open source way can be a legitimate alternative for solving complex problems that require rapid innovation cycles?

The Gulf Spill is not just BP’s problem: it is everyone’s problem. This is not the time to play the blame game. It is time to tap into the whole world’s wisdom and insight to solve the world’s most pressing problem. Unlike the financial crisis we just went through, this is not a case of BP being “too big to fail.” When it comes to facing this issue, it is probably more likely that BP alone is in fact “too small to solve” this complex issue. So let's help.

Imagine if every petroleum engineer on the planet, irrespective of where they work or live, dedicated four hours of serious brainstorming to this effort. Does it not stand to reason that this collective brainstorming effort would uncover more non-obvious solutions than if BP had to go it alone?

In addition, what if we then brought in expertise from adjacent fields to help shape these ideas into plans that could be examined by experts? By aggregating the expertise of industrial designers, architects, physicists, and perhaps even artists, we could come up with a portfolio of possible and practical solutions to be evaluated.

So here is an open challenge to the open source community. Let’s take what we know about how to organize in an open source way and apply it to solve the world’s most pressing problem.

Let’s start the conversation right now on how we can collectively enable a world-scale process of ideation, prioritization, and execution to stop the leak. Let’s create a proof point for how social production can deliver immediate and impactful results that require a very rapid cycles of innovation and execution.

In the past few days there has already been some positive movement in this direction. Ushahidi is being leveraged to create an oil spill crisis map, BP has announced via Twitter that it is seeking ideas to stop the oil leak. Perhaps most importantly, BP has pledged to be transparent in “providing the American people with the information they need to understand the environmental impact from the spill and the response steps that have been taken.”

Case in point, you can watch a live stream from an ROV monitoring the damaged riser.

So let's do it. Let’s show the world how the open source way can help solve  the world’s most pressing issue and let's do it in the next week. May the “best ideas win” and always remember that none of us is as smart as all of us.

To get the ball rolling here are some ideas for the One Week Challenge. If you like one and think you have the skills to organize it and pull it off, do so, and use opensource.com to invite others to participate.

To borrow Kevin Kelly’s keen insight, “Sometimes what’s possible in practice is not possible in theory.” This is not a time for theory or argument. It is a time for action.

This is our moment to shine, our moment to provide tangible proof that the open source way can make a real difference to something that matters deeply to everyone on this planet.

What to read next
Tags
Business
Tony O'Driscoll 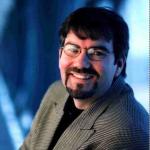