Building a positive meritocracy: It's harder than it sounds 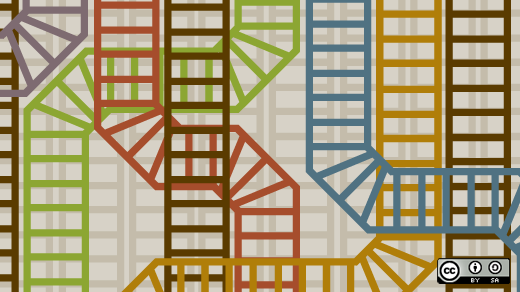 When Michael Young coined the word in 1958, he never thought that meritocracy would be idealized 50-some year later. Young's book, The Rise of the Meritocracy, was a satirical glimpse of what the future would look like if Britain continued down the road of ranking individuals with standardized testing.

Today meritocracy is revered. Unfortunately the systems we believe to be meritocratic have precisely the same problems that Young feared—plus a few more.

In Young's book, standardized testing and other ranking systems are essentially coded systems of enforcing class differences. The genius of the meritocracy, Young asserts, is the way it reinforces the values of the ruling classes by declaring what comes easily to them to be “of merit,” thus building their sense of entitlement. They are successful because they are at the top and define what is important for success.

Meritocracy provides the enticing possibility for upward mobility and the illusion of equal opportunity. Someone born with the right set of gifts, plus a good bit of ambition, can rise in a way that would have never been possible in an aristocracy. (The converse unfortunately holds true; someone without those gifts is left with a general sense of hopelessness.)

Bringing meritocracy into the workplace therefore seems a relief to bright workers who have toiled under impenetrable and incompetent management. Theoretically bringing in meritocracy means those managers would no longer control how a worker does her tasks, if that worker is more knowledgeable. And done properly, I would argue, meritocracy can make for a more efficient and satisfying workplace.

The hinge is how we define merit. If leaders can recognize a broad range of skills as valuable, then a positive meritocracy may be possible. But if they persist in preferencing the current “ruling class” by prioritizing their skillsets as the most useful, a meritocracy can only be the frightening vision Young describes.

Management skills are not superior to others

Most people have experienced the Peter Principle in action: In a hierarchy every employee tends to rise to his level of incompetence. In other words, people are promoted so long as they excel. When they are promoted to a position where they lack competence, they stay there, unable to gain further promotion and unlikely to be demoted.

This happens because upward mobility generally involves a move into management. The brilliant engineer becomes the bumbling manager. But imagine if programming skills were the “next step” in all career paths. We'd have organizations full of people mucking up software.

Instinctively we all realize that the Albert Einsteins of the world are unlikely to have people management skills. And for the occasional obvious genius, we make allowances to provide excellent compensation without management responsibilities. For the remaining employees, however, we construct a ceiling for any promotions that exclude people management—and in the process create legions of perpetually ineffective and unhappy middle managers.

To create a positive meritocracy, we must re-envision management as a career track parallel to others (e.g., engineering or marketing), with overlap for some dual-skilled candidates.

Workers are punished for honesty about their skills

This idea of parallel career tracks brings us to the second problem: financial disincentives. When promoted to that “level of incompetence” where an employee is no longer capable of meeting the job requirements, people risk losing part or all of their livelihood if they acknowledge the problem. At best, they'll be demoted and lose their raise; at worst, they'll be sacked.

Oddly, quite the opposite happens at the executive level. CEOs frequently leave one failed job to join a different organization that (hopefully) better matches their skillset, without a loss of income. In fact, 30% of Fortune 500 CEOs—our best and brightest, mind you—last less than 3 years, and 2 out of 5 new CEOs will fail at their role within 18 months. Within the highest levels of management, executives and high level employees are often “relocated” to a similar level position in a different part of the company after they have been found ineffective in their role.

There's a recognition that employees who have climbed high up the corporate ladder probably have valuable skills, and a failed job could simply mean a mismatch of those skills. Why not extend the same courtesy to all workers? Surely most people have useful skills that could be harnessed in a different role.

The bottom rung; or, who merits respect?

This lack of respect for “worker bees” may be the greatest problem with meritocracy. They are often handed the grunt work with no regard to their skills, simply because their time is the least respected. Yet is there any task that the right person wouldn't take pride in doing? Too frequently we abuse these workers by taking advantage of one of their skills (say, dependability) and ignoring their input.

Perhaps that dependable worker wants to bash his head against the wall when you make him manually copy and paste 500 individual words into a spreadsheet simply because you know he can be counted on to finish the job. Meanwhile you ignore the guy sitting next to him who truly enjoys putting on headphones with some loud music and spending the afternoon hitting Ctrl+C and Ctrl+V.

Do we all have to do things we dislike sometimes? Absolutely. But when you ask employees with fewer skills to do more than their fair share of detested work, you're not respecting the skills they do have. There will also always be undervalued skills—integrity and loyalty come to mind here—and those that are overly rewarded, like self-promotion or failing to credit those who help you. Assume the dignity of your lowest worker is every bit as important as that of your top executives.

If you're wondering what happens in The Rise of the Meritocracy, the inhabitants of the bottom rung of society ultimately rise up and revolt. A cautionary tale, perhaps.