Greg Soper, CEO of SalesAgility, believes there's a substantial gap in the market that SuiteCRM can fill and has a public commitment to SuiteCRM being a collaborative, community driven open source project. He says, "We've been developing SugarCRM Community Edition for seven years and we know there's an appetite for great open source applications. But there's no fully functional open source CRM application. Once you go beyond a certain function point you come across the "Commercial Open Source" model where you need to pay to access the functionality and the code is proprietary. That's SuiteCRM's opportunity. We've busted that apart. We're saying: here's all the functionality you need and it's all open source."

Soper believes passionately in the power of open source from a development methodology perspective. He explains, "Why would you build traditional development and test teams any more? If you have a great open source project and are truly collaborative you will attract a development community. With a well engaged community you can build, test, and support new functionality more rapidly and at a higher quality than traditional developments methods could ever hope to achieve. And with a community of developers and testers comes speed, agility, robustness, and security."

Soper adds, "We've got a lot to thank SugarCRM for. They've given the world of open source an enterprise-class framework in Community Edition. It's a platform from which a wide variety of business processes can be modeled and deployed cost-effectively. Over the years we've built many innovative solutions to complex business problems based on SugarCRM Community Edition and delivered the projects at price points that proprietary software vendors just cannot match."

At the beginning of the partnership with SugarCRM, they were releasing regular code updates to the community and building momentum, with partners and clients. More recently though, SugarCRM has gained significant new business wins with organisations like IBM and the regularity of their code releases and outreach to the community for input has declined. SalesAgility saw an opportunity to step up as a leader in the community and to give the open source Community Edition of SugarCRM fresh impetus.

Soper goes on to say, "By combining some of the hardened code we had been delivering to the community for the last couple of years, and some of the great open source code that some of our fellow collaborators had produced, meant that there was a coherent platform that would give Community Edition a fresh look and a huge amount of new functionality."

The resulting application, which has been launched under a new project as SuiteCRM, is now completely separate from SugarCRM.

SuiteCRM is a fork of SugarCRM; their Community Edition is the foundation. Where it splits off is that it's completely open source (GPL3) and consists of additional modules for quotes, products, contracts, teams, contracts, invoices, workflow, reports, and the portal. SuiteCRM also contains an events management module and native integration with Google Maps.

SuiteCRM is completely compatible with SugarCRM, and all of the modules have been built using architecturally coherent best-practice methods and are upgrade-safe. Migration scripts to upgrade from SugarCRM Community Edition to SuiteCRM are available.

It has attracted global attention and 2,500 signups in its first week of availability. The project will be governed by a not-for-profit foundation in order to provide a best governance community model and to give legal protection for developers and the code. For "Commercial Open Source" this may be a make or break. A plethora of COS companies has emerged since SugarCRM pioneered the model, perhaps attracted by the allure of SugarCRM's success. If SuiteCRM demonstrates a fatal flaw in the "Commercial Open Source" business model, then perhaps it's time to rethink.

And, it's not just crunch time for "Commercial Open Source." SugarCRM leveraged the open source brand to create a unique marketing presence. If they lose that open source credibility then they may lose the magnet that attracted many to their solution in the first place. The danger for SugarCRM is that they have become just another CRM in an already overcrowded proprietary software marketplace where differentiation is hard to achieve and competitors have huge marketing budgets. The battle for hearts and minds of the open source community has begun.

What to read next
Tags
Business
SuiteCRM 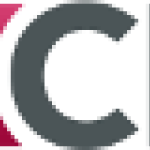 SuiteCRM is SugarCRM supercharged. It is a free and open source alternative to SugarCRM Professional Edition. It is comprised of SugarCRM 6.x (latest release) plus all of the following community modules.
More about me