Open source hardware has truly changed my life. It allowed me to launch my own business. "How so," you might ask? Well, let’s take a little stroll down memory lane, shall we?

Seventeen years ago I took my first steps into the world of electronics and engineering as an intern at the U.S. Naval Academy. I remember being tasked with a rather simple project: a PIC microcontroller based solution that would monitor the ambient temperature and adjust louvers and a fan to regulate temperature accordingly. To make a long story short, my project was plagued with design issues ... mostly attributable to my "noob" status at the time. Had it not been for my mentor, I would have changed my major in college.

Today, folks who are just getting started in electronics are entering an environment that is much more forgiving. Prototyping platforms such as Arduino, Raspberry Pi, and BeagleBone are fantastic for learning because they eliminate having to deal with the more mundane aspects of electronics design such as power regulation and serial communication. Instead of designing from complete scratch you can focus on the project specifics of what you want to accomplish. As an aside, one of the major problems in my project was related to the power rail dropping and resetting the microcontroller. Starting with an Arudino Mini would have saved me a lot of frustration and given me more time to focus on 'value added" aspects of the project.

Fast forward to just a few years ago. Like many people probably reading this, I was spending many evenings and weekends tinkering on all sorts of open source electronics platforms and boards that had since become standard tools for DIYers and makers. Many of the same reasons that make prototyping platforms attractive for makers also made it appealing to me as a budding entrepreneur.

It finally gave me the means and courage to start my first company, a small electronics design studio called Green Shoe Garage. Open source allows me to be more integrator than designer, and when I am working a fixed price contract where time is money, I want to maximize time dedicated to value added aspects of a project instead of dealing with fundamentals. Open source also means no licensing costs. This keeps my costs down as a small business that doesn’t deal in massive volume of product, like an Apple or Samsung that gets great deals by buying in massive quantities.  It also allows me to freely share what I learned, my designs, and my process back to the community. This in turn helps build my reputation, which means more jobs keep hitting my inbox. Not worrying about patents also saves a lot in legal fees! Also, some customers are makers as well and are interested in having the ability to tinker with what I deliver long after the contract is over. In short, open source hardware has allowed me to launch a one-man business that is rewarding to me professionally though it doesn’t consume the entirety of my personal life and required minimal financial investment.

I love hearing about all the different ways that people view the advent of Open Source Hardware and how it has changed their lives. What specifically is it about OSHW that appeals to you as a DIYer/Maker? Have any doors opened for you as a result of the OSHW movement that would have been difficult to open years ago? Please share your thoughts and comments below.

What to read next
Tags
Business
Hardware
mbparks 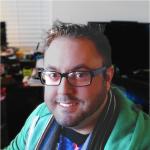 Michael Parks, P.E. is the owner of Green Shoe Garage, a custom electronics design studio and technology consultancy located in Southern Maryland. He produces the "S.T.E.A.M. Power Podcast" to help raise public awareness of technical and scientific matters; as well the "Gears of Resistance" podcast which advocates for the Maker Movement and various Open Source initiatives.
More about me